SEOGWIPO, South Korea, Oct. 15 (Yonhap) -- At the ripe age of 26, Jordan Spieth is far from being washed up on the PGA Tour, though it may seem that way in some eyes.

And he has picked a tournament in South Korea this week to kickstart his new season, which he hopes will yield better results than the past two.

The former world No. 1 has gone winless for more than two years, while missing the season-ending, top-30-only Tour Championship in both 2018 and 2019. His last title came at the 2017 Open Championship, his third career major.

At the top of his game, few were better than Spieth, who won the Masters and the U.S. Open in 2015 and finished second at the PGA Championship and tied for fourth at the Open Championship that same year. He spent 26 weeks at the top of the world rankings. 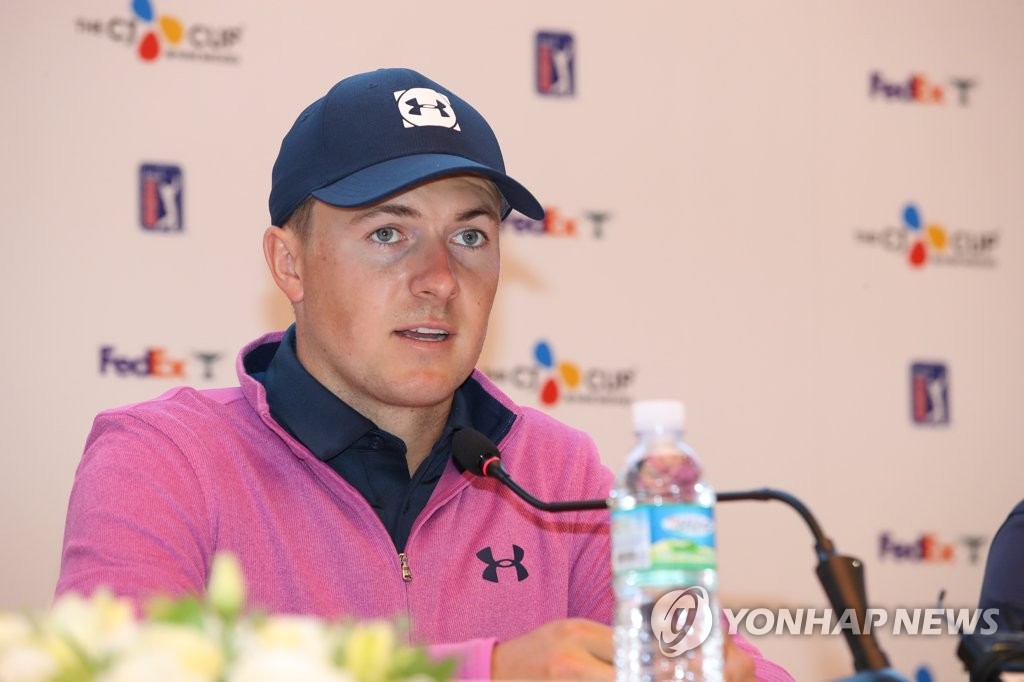 But Spieth arrived in South Korea for this week's CJ Cup @ Nine Bridges ranked 38th. He didn't play the first two editions of this tournament but his scheduling worked out so that he was finally able to join his close friend Justin Thomas, the inaugural champion, in the 78-player field for the no-cut tournament.

And Spieth is entering the 2019-2020 season hoping to get his groove back.

"I certainly want to get back in the winner's circle. It's been a little while," he said at his pre-tournament press conference. "I'd like to be more consistent this year, being able to tee it up on Sundays with chances to win more consistently.

"(Consistency) comes from better ball-striking. So I've been working hard on my tee-to-green game, to get it back on track to where it's been before," Spieth said. "When that gets cleared up, which it feels like it's close to being done, it should present with more weekend opportunities to win some golf tournaments."

Spieth said he doesn't have a set number of wins on his mind, as long as he can contend week in and week out, and particularly be there at the end at the majors. 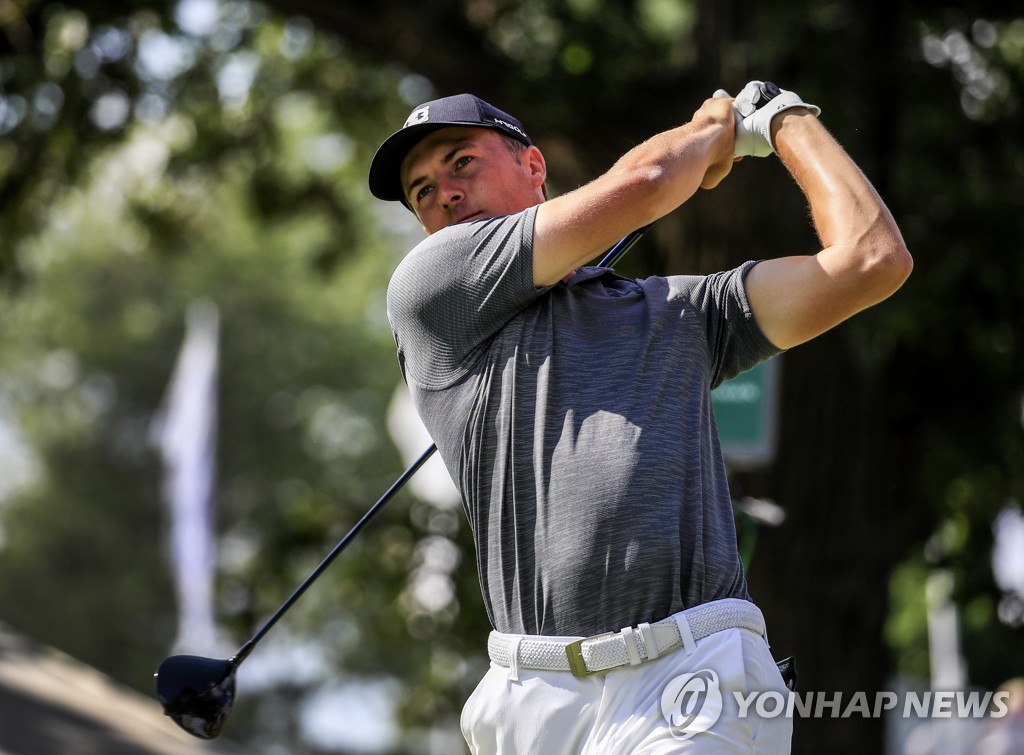 "For me, it's more about consistency and having a chance to win two or more of the majors on the weekend," he said. "Each part of my game at different points in my career has been at the top of the PGA Tour, sometimes at the same time. I know I am capable of doing it. It's just a matter of (playing through) the normal ups and downs of the game, and quickly turning the downs to ups and maintaining when those parts of the game are on top."

Spieth said he'd heard nothing but positive things about the CJ Cup from Thomas, and added it wasn't until this year that his scheduling worked out in a way that allowed him to play in Asia in October.

"For me, it's a great opportunity to start the season with a world class event in a world class field," he said. "It just so happens to be in Korea. It's a cool experience to go travel around the world and see different cultures than what we're used to. And this is one of the most well-manicured golf courses we'll play all season."

Former No. 1 Jordan Spieth itching to return to winner's circle

Former No. 1 Jordan Spieth itching to return to winner's circle