The Korea Football Association (KFA) in Seoul told reporters there were no fans in the stands at Kim Il-sung Stadium in Pyongyang 30 minutes before kickoff of the Group H match in the second round of the Asian qualifying for the 2022 FIFA World Cup.

The KFA added that the stadium remained empty 15 minutes into the match. 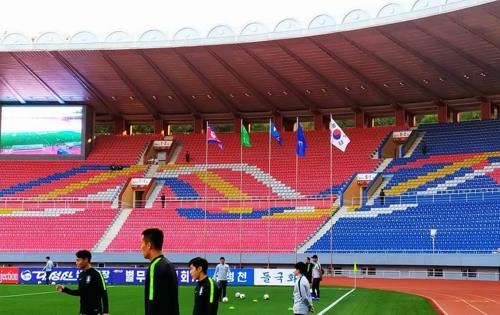 South Korea had hoped to send fans of the Taeguk Warriors to provide a buffer against what was expected to be a house full of loud North Korean supporters. But North Korea declined to authorize trips by any South Koreans other than the players and members of the support staff. Talks to have the game aired live in South Korea also fell through. North Korea didn't allow any non-Korean foreign journalists, either.

Coached by Paulo Bento, South Korean players braced themselves for a hostile environment amid some 40,000 partisan North Korean fans. It wasn't immediately clear why there were no fans in the stands, though FIFA President Gianni Infantino attended the match.

The all-Korea showdown, held against the backdrop of heightened tensions on the divided peninsula, is the first meeting between the two men's national teams in Pyongyang in 29 years. It's also a crucial match, football-wise, because both Koreas have won their first two Group H matches in the second round and the winner of this contest will take first place in the table. 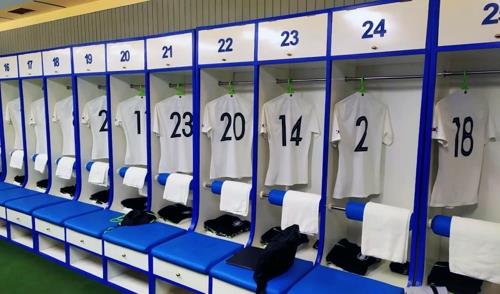 The KFA is relaying match-related information to football reporters here through the Asian Football Confederation (AFC). A match official from the AFC in Pyongyang is first sending information to the AFC headquarters in Kuala Lumpur, and then the AFC is delivering it to the KFA. The KFA said it will post goal scoring plays, if there are any, and substitutions on its social media pages, too.