SEOUL, Oct. 15 (Yonhap) -- South Korea were held to a scoreless draw by North Korea in their World Cup qualifying match in Pyongyang on Tuesday, a much-anticipated showdown that left fans both in and out of the communist country in the dark.

The Koreas drew blank before an empty Kim Il-sung Stadium in Pyongyang in Group H action in the second round of the Asian qualifying for the 2022 FIFA World Cup. The two teams traded four yellow cards in their fourth scoreless draw in the past seven meetings.

South Korea, world No. 37, still lead the 113th-ranked North Korea all time with seven wins, nine draws and one loss. 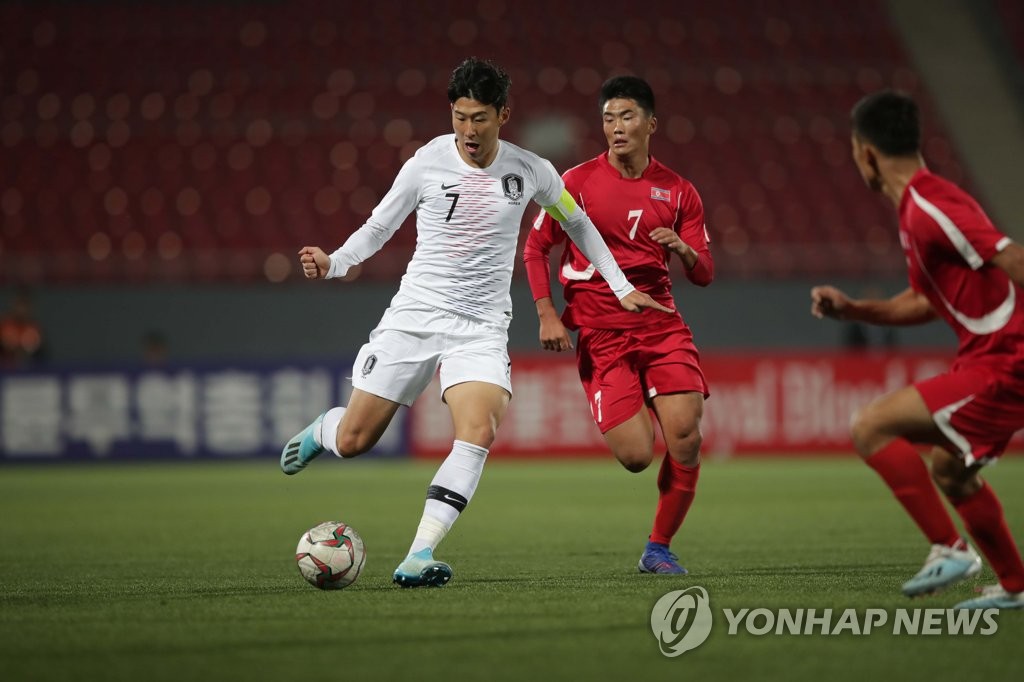 Both teams came into this match having won their first two matches in the second round. After the draw, South Korea remained ahead of North Korea thanks to their superior goal difference, plus-10 to plus-3.

The top two teams from each of the eight groups in the second round, plus four-best runners-up, will advance to the third round.

No South Korean journalists made the trip to Pyongyang and there were no supporters for the Taeguk Warriors, as the North Korean government declined to issue visas for any South Koreans other than the players and members of the national team support staff. The match was also not broadcast live to South Korea.

The match was held without North Korean fans in attendance, too, and reasons for keeping the local supporters away weren't immediately clear. An official with the Asian Football Confederation (AFC) said he was caught off guard by the empty stadium and that there was no discussion regarding the matter prior to the match.

The KFA relayed match-related information to football reporters here through the AFC. 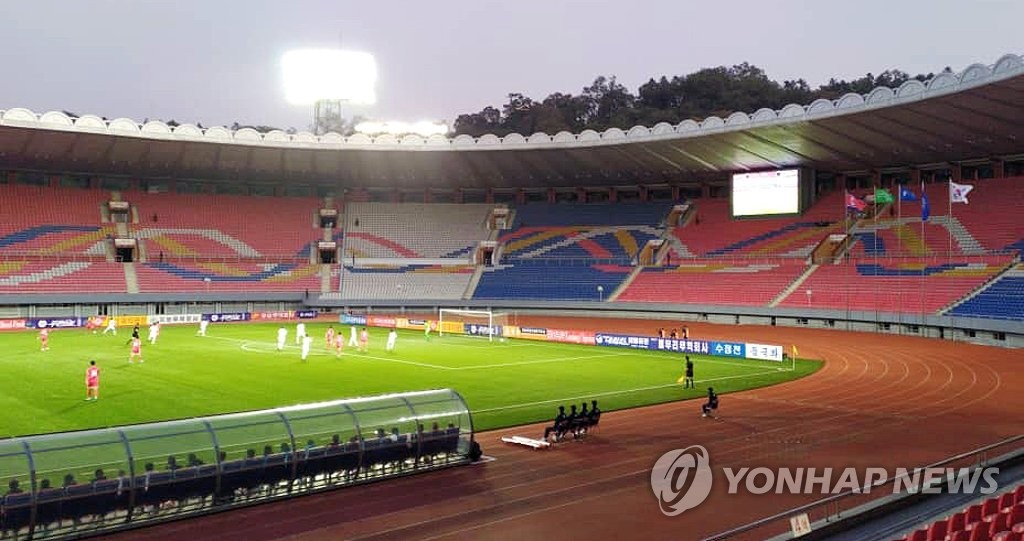 The KFA said there was a testy moment early in the match, though cooler heads ultimately prevailed. The match's first yellow card was issued to Ri Yong-jik at the half-hour mark, and his teammate Ri Un-chol was also booked in the 46th. 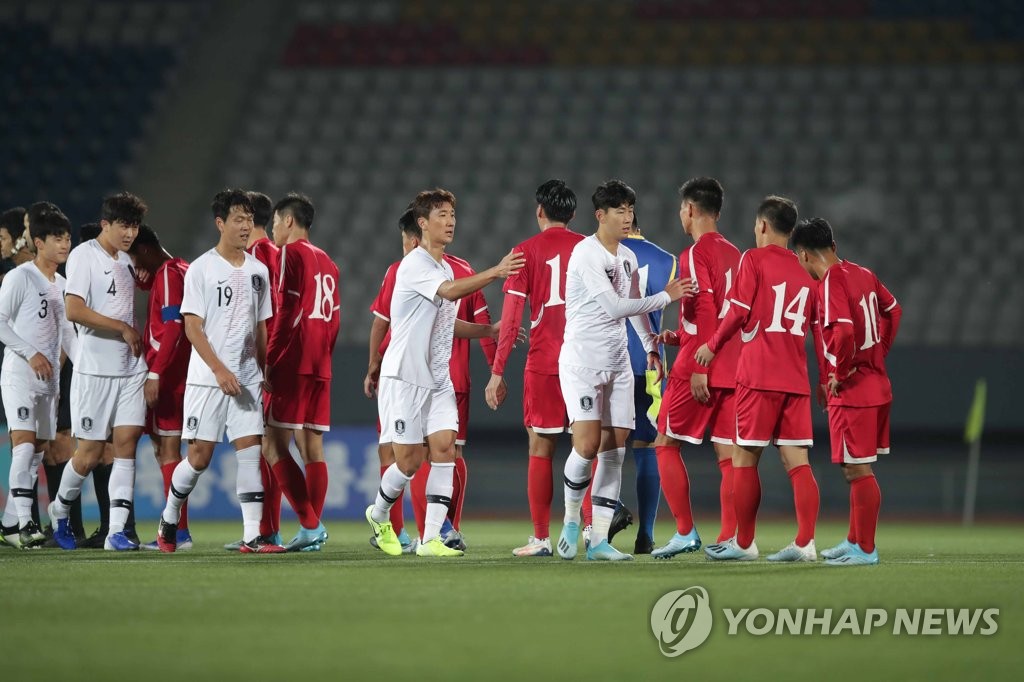 South Korea hoped to jumpstart their offense with an early substitution in the second half, with red-hot attacker Hwang Hee-chan coming off the bench for midfielder Na Sang-ho.

In the 65th, Kwon Chang-hoon replaced Hwang In-beom in midfield, and Bento sent Kim Shin-wook, who scored four goals in an 8-0 rout of Sri Lanka last Thursday, in place of Hwang Ui-jo in the 79th.

North Korea made two late subs in the second half, but the teams came up empty-handed.

The Koreas remain technically at war, because the Korean War ended in 1953 with an armistice, not a peace treaty. 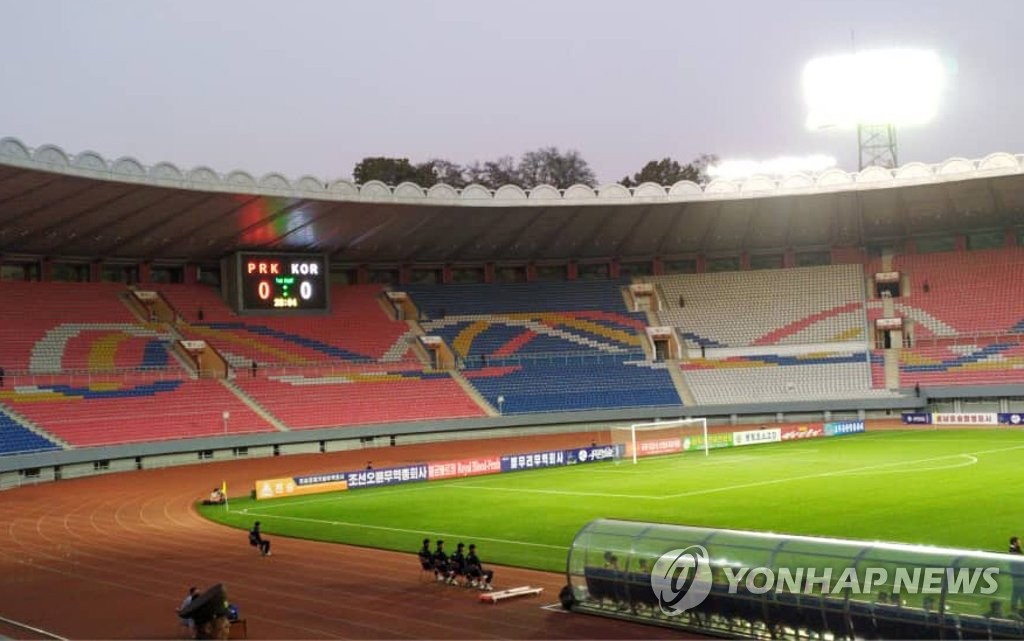