SEOUL, Oct. 15 (Yonhap) -- The bizarre show has finally ended, albeit with an unexpected twist.

South Korea's scoreless draw with North Korea in their World Cup qualifier in Pyongyang on Tuesday wasn't the result they had hoped for, but at least it brought a merciful end to the overriding sense of strangeness surrounding the much-anticipated contest.

The Group H match in the second round of the Asian qualification for the 2022 FIFA World Cup was South Korean men's first away match in North Korea in 29 years.

The expectation for the rare Korean derby had been building up since the two Koreas were placed in the same group in July.

The two sides were also in the same group in two straight qualifying rounds for the 2010 World Cup. In regional qualifiers, teams play each other twice in a home-and-away format, but the two scheduled home matches for North Korea against South Korea were held in Shanghai instead. North Korea refused to display the South Korean national flag or play its anthem during the pre-game ceremony.

With an air of detente on the divided peninsula, albeit tempered by some recent North Korean provocations, South Korea hoped that this time the match would be played in Pyongyang without a hitch.

But North Korea remained uncooperative in preparations for the match. It stonewalled South Korea's repeated calls for talks on itinerary, logistics and other administrative matters.

It wasn't until late September that South Korea learned, through the Asian Football Confederation (AFC) as its intermediary, that the match would take place in Pyongyang as scheduled. Then, only five days prior to the match, it was determined that the South Korean team, coached by Paulo Bento, would have to travel to Pyongyang via Beijing. Bento had hoped his players would reach Pyongyang by land to save time, but they ended up spending a night in the Chinese capital. 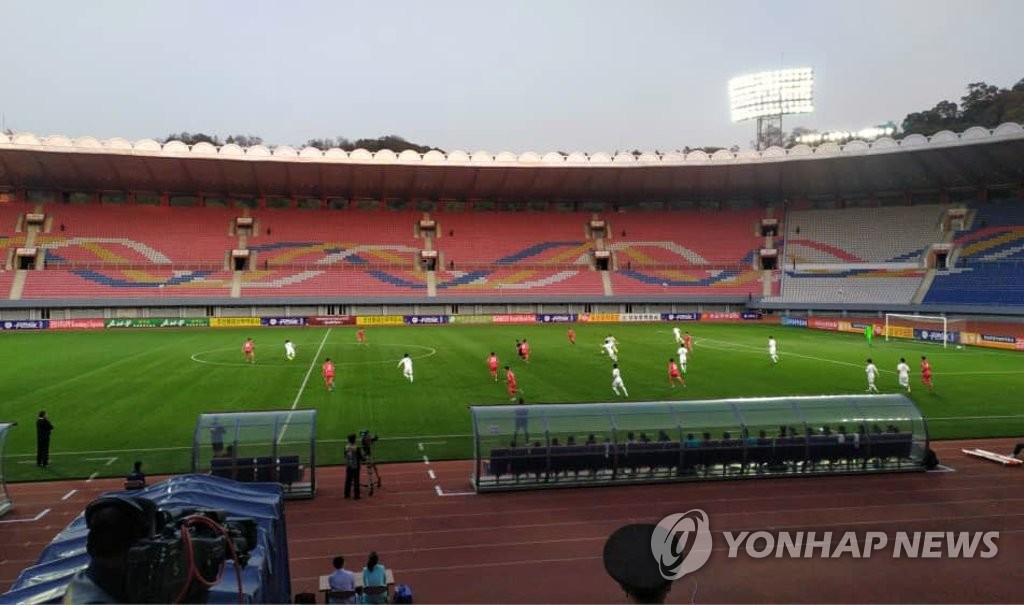 North Korea also declined to issue visas for South Korean nationals other than the players and members of the national team support staff, which meant no South Korean fans, journalists and broadcasting crew.

There was no live broadcast of the match in South Korea.

Experts on inter-Korean relations say this series of moves -- or non-moves -- indicated North Korea's displeasure with South Korea over what it claims to be a lack of initiative in pushing for cross-border exchange.

As if not allowing fans or journalists from the opposing team weren't already strange enough, there was one more twist to the saga -- Tuesday's match was held behind closed doors.

An AFC official said there was no prior discussion regarding the presence of spectators, though one could suspect that North Korea, an overwhelming underdog at No. 113 in the world rankings, didn't want to embarrass themselves against the 37th-ranked South Korea before their home fans.

While little else is known about the match other than the final score and four yellow cards being issued, North Korea apparently held their ground against the favorites. South Korea threw Tottenham Hotspur attacker Son Heung-min and red-hot Salzburg forward Hwang Hee-chan at North Korea, to no avail.

The South Korean team will return home the same way it left, with a stopover in Beijing. They're scheduled to arrive back in the early hours of Thursday. 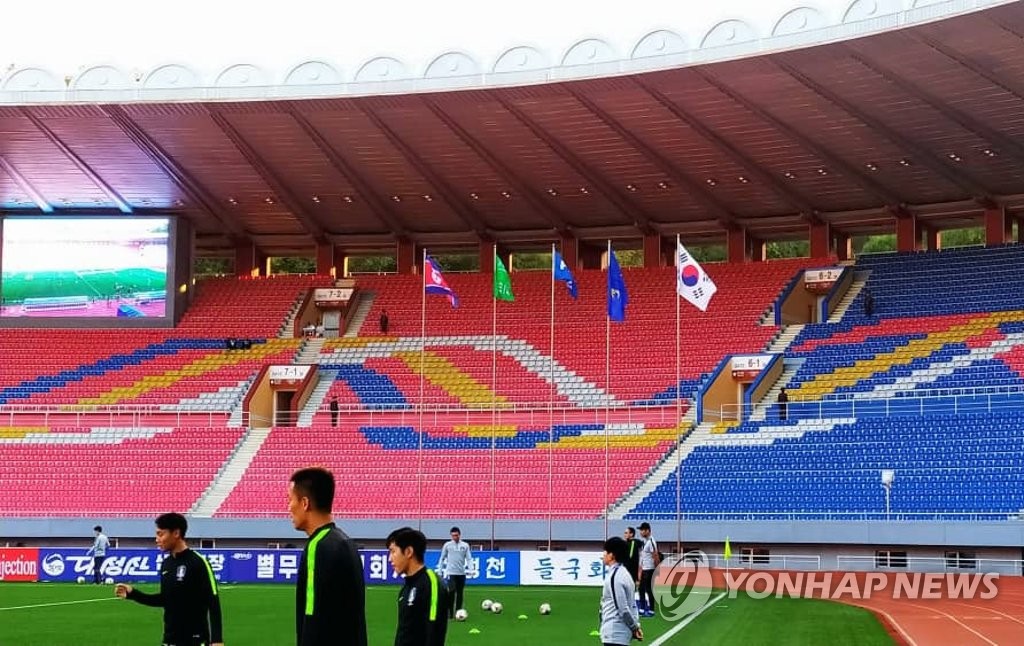