WASHINGTON, Oct. 15 (Yonhap) -- The United States' sanctions campaign against North Korea is intended to bring the regime to the negotiating table with a mindset to be productive and reach solutions, a senior U.S. defense official said Tuesday.

Randall Schriver, assistant secretary of defense for Indo-Pacific security affairs, made the comment at a forum discussing U.S. relations with China, including its role in denuclearizing North Korea.

Negotiators from the U.S. and North Korea met in Sweden Oct. 5 to resume working-level talks on denuclearizing the regime, but the discussions broke down over what the North characterized as Washington's failure to come up with a new proposal.

"We'll see where that goes," Schriver said of the talks at the Jamestown Foundation's annual China defense and security conference. "But in the meantime, we've been doing our part to try to maintain pressure on Pyongyang through the enforcement of sanctions, so that they will come to the table with a particular mindset where they want to be productive, where they want to reach solutions with us." 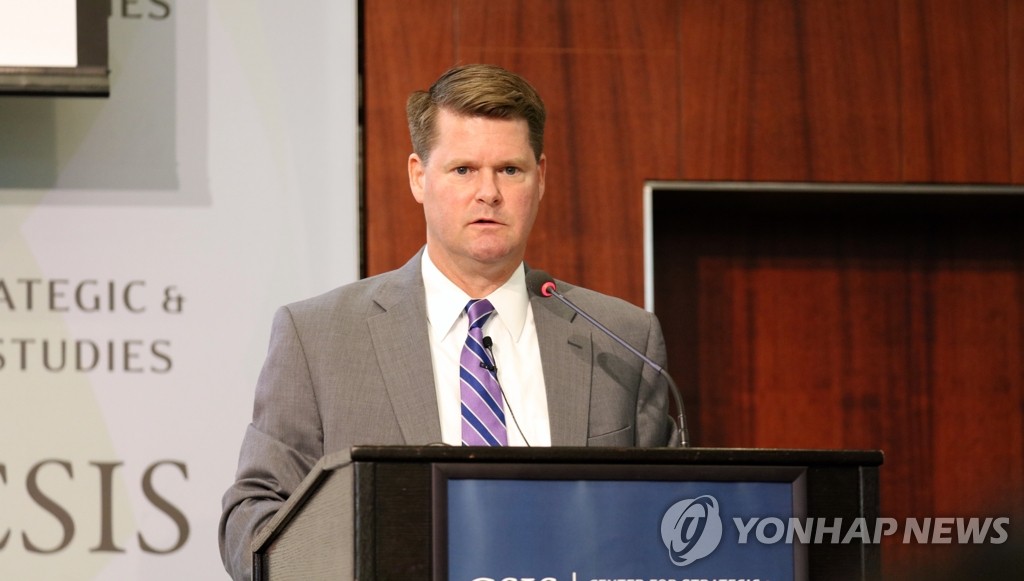 North Korea is under multiple layers of U.S. and United Nations sanctions over its nuclear and ballistic missile programs.

It has demanded an easing of the sanctions in return for steps toward denuclearization, but the U.S. insists the regime start dismantling the programs first.

"We think that it's critical that all countries who have the capability to contribute to that, do so," Schriver said, referring to sanctions enforcement. "And what we're seeing from China right now, unfortunately, is some slippage in the enforcement of the sanctions, particularly when it comes to ship-to-ship transfers happening in their territorial waters. And so we want them and need them to do better on that front."

North Korea is suspected of using ship-to-ship transfers to import oil and export coal in violation of sanctions on the regime.

As North Korea's main political ally and economic benefactor, China wields considerable leverage over Pyongyang. It has also backed the most recent U.N. sanctions against the regime.

"The Chinese can claim a lot of responsibility for North Korea -- what would pass for modernization, certainly on the military side, but also in the commercial sector, private sector, infrastructure," Schriver said, declining to go into specifics about Chinese telecom giant Huawei's alleged ties to the North.

"Those relationships are there and the Chinese have become the most important partner for North Korea," he added. "We want them to do better -- as I said, at a minimum, sanctions enforcement, but I think there are other ways that China could help pressure Pyongyang into being a more constructive participant in these talks should they resume. And we're just not seeing it right now."