SEOUL, Oct. 16 (Yonhap) -- Unionized workers at Seoul Metro reached an agreement with the management Wednesday, effectively canceling a strike that was expected to affect public transportation in the capital.

The two sides at the company that runs Seoul subway line Nos. 1 to 8 resumed talks at around 3 a.m., just hours after they walked away from the negotiating table.

They dramatically reached a deal at around 8:53 a.m., just minutes before the planned strike was scheduled to start at 9 a.m. 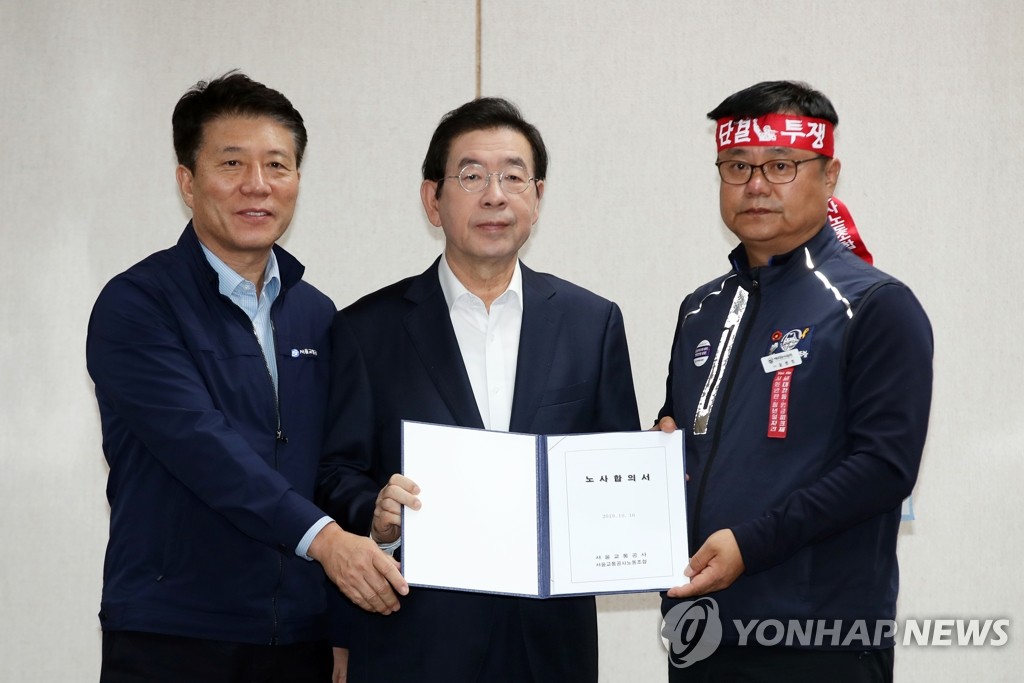 The agreement includes raising wages by 1.8 percent, hiring more safety and maintenance workers, and improving the working environment in line with an increase in female employees.

They plan to hold additional talks on employing more workers to improve the safety of drivers.

The move followed a five-day work-to-rule campaign that ended Tuesday at midnight.

The union demanded the abolition of the wage-peak system, the hiring of more workers and better working conditions to improve safety in the operation of subways for a daily average of 7.5 million users.

They had announced plans to hold a strike from Wednesday to Friday if their demands were not met.