SEOUL, Oct. 16 (Yonhap) -- Prime Minister Lee Nak-yon is likely to meet one-on-one with Japanese Prime Minister Shinzo Abe during his trip to Tokyo next week, though the plan has yet to be finalized, a Seoul official said Wednesday.

Lee plans to visit Tokyo to attend Japanese Emperor Naruhito's enthronement ceremony, slated for next Tuesday, in a trip that observers say could create momentum for a thaw in the countries' ties frayed over Tokyo's export restrictions and wartime forced labor. 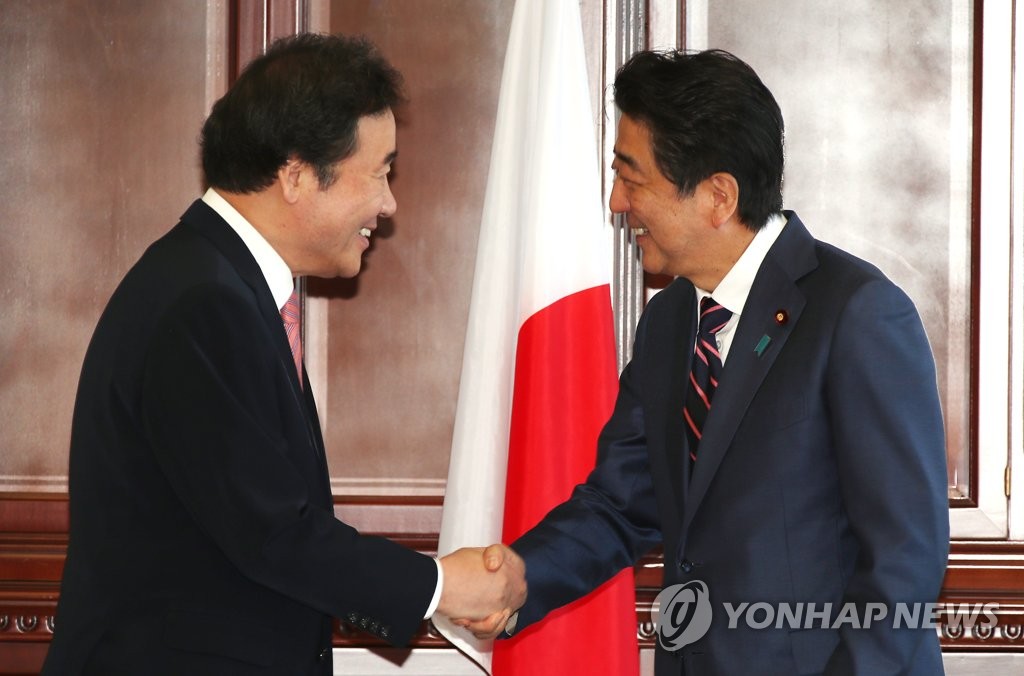 "It has yet to be finalized, but I think the possibility is sufficient," the official at Seoul's foreign ministry told reporters on condition of anonymity in response to a question about whether Lee plans to hold talks with Abe.

"For now, we think it's going to happen, but the other side has not given an exact time yet," he added.

A diplomatic source here told Yonhap News Agency that Lee and Abe could meet bilaterally on either Wednesday or Thursday after the enthronement ceremony and ensuing banquet where the Japanese leader would find it difficult to set a time for bilateral talks.

An official at the Japanese Embassy in Seoul said that no decision has been made yet on the exact date for the talks.

Earlier in the day, Kim Jung-han, director-general for Asian and Pacific affairs at the foreign ministry, met his Japanese counterpart, Shigeki Takizaki, in Seoul to discuss the possible talks between Lee and Abe and other pending issues.

Topping the agenda for the working-level talks were Japan's new export curbs seen as political retaliation for last year's Korean Supreme Court rulings that ordered Japanese firms to compensate victims of forced labor during Japan's 1910-45 colonization of the peninsula.

Kim pointed out the retaliatory nature of Tokyo's export control measures and stressed the need to promptly retract them, his ministry said.

He also reiterated the need to reinforce dialogue between the export regulatory authorities of the two countries to address the trade conflict.

In addition, Kim reminded Takizaki of Seoul's concerns over Tokyo's handling of contaminated water from the 2011 Fukushima nuclear plant meltdown, while calling for Tokyo to transparently share related information and prudently deal with the issue.

"The two director-generals shared the view that to address pending issues between the two countries, it is important to continue communication and consultations between their diplomatic authorities," the ministry said.

At Wednesday's talks, Kim and Takizaki did not discuss tensions over Seoul's decision to withdraw from a bilateral military information-sharing deal seen as a rare case of two-way defense collaboration.

Kim and Takizaki last held talks in Tokyo on Sept. 20.

Seoul and Tokyo have agreed to hold such working-level diplomatic talks on a regular basis if possible each month. 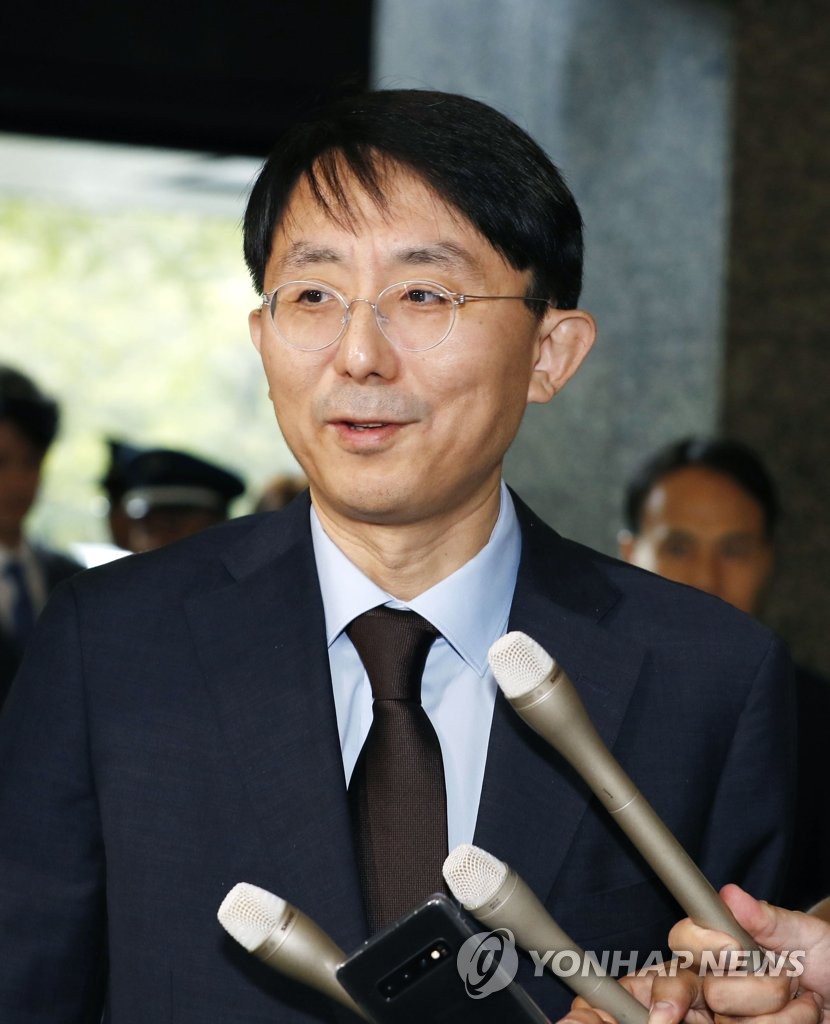