Later in the day, Brown was to meet with South Korea's Air Force Chief of Staff Gen. Won In-choul at the exhibition venue. 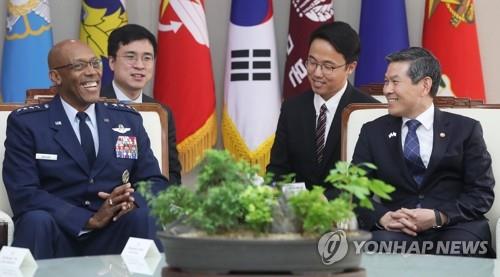