SEOUL, Oct. 16 (Yonhap) -- Jeonbuk Hyundai Motors have had a stranglehold on South Korean professional football for the better part of this decade.

The title race in the K League 1 for the 2019 season will come down to those two clubs. Ulsan are in first place with 69 points, one ahead of Jeonbuk. With five matches remaining, FC Seoul (54 points) are the next closest pursuers.

Jeonbuk will go for their third straight title, and their fifth in six years, while Ulsan are hoping to win their first league crown since 2005.

After 33 matches, the 12 teams have been split into Groups A and B for the league's Final Round. The top six in Group A will play each other once to determine the champion, and the bottom six in Group B will compete within the group to avoid relegation to the K League 2 next year. 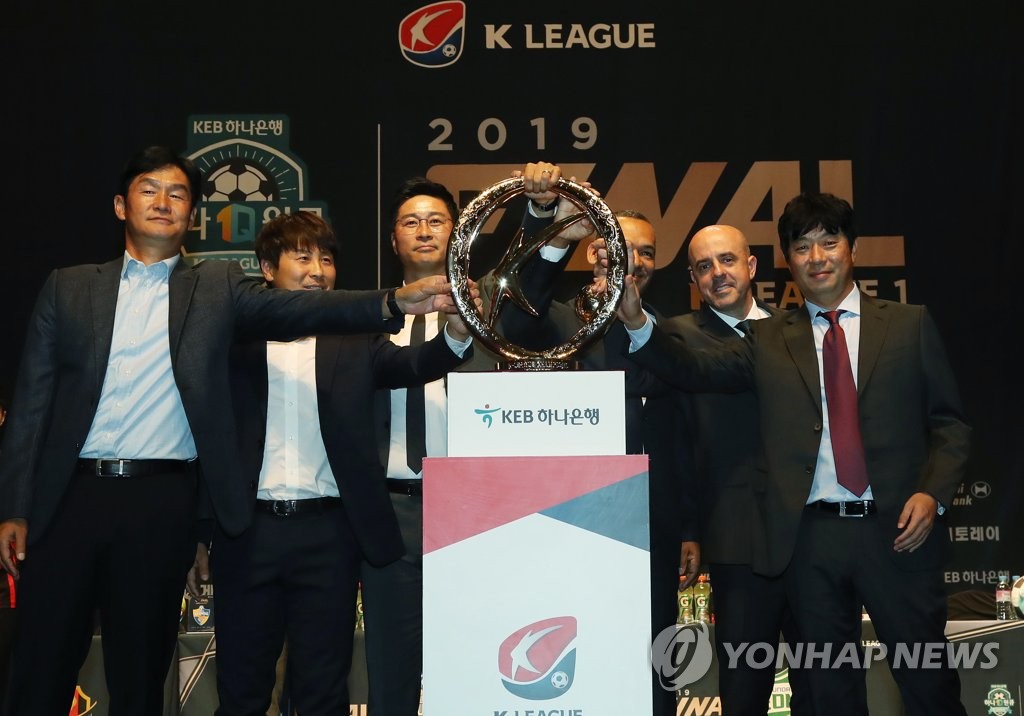 At the press conference before the start of this final stretch, Ulsan head coach Kim Do-hoon said he was determined to end Jeonbuk's reign.

"We'll try to win for our Ulsan fans and also other football fans who don't want Jeonbuk to win again," Kim said. "I think we're the more desperate side than Jeonbuk because we haven't won for 14 years. But we won't put too much pressure on ourselves."

Kim admitted that before the season, he wasn't sure if Ulsan had what it takes to challenge Jeonbuk for the K League supremacy and added, "The players have stayed focused on the ultimate prize all season. It's an honor to be in the title race against Jeonbuk."

Jeonbuk's first-year boss Jose Morais said he didn't expect the K League to be so tough.

"Hopefully, every club in Group A will play an aggressive and fun type of football, so that we'll have a lot of fans in the stands," said Morais, who was an assistant to Jose Mourinho on Inter Milan, Real Madrid and Chelsea. "And we'll try entertain our fans and get the results we want."