INCHEON, Oct. 17 (Yonhap) -- It was a match held in the most unusual of circumstances, but South Korea men's football coach Paulo Bento still thought his team should have played better against North Korea than it did in a recent World Cup qualifying match.

South Korea were held to a scoreless draw by North Korea in Pyongyang on Tuesday, part of Group H play in the second round of the Asian qualifying for the 2022 FIFA World Cup. 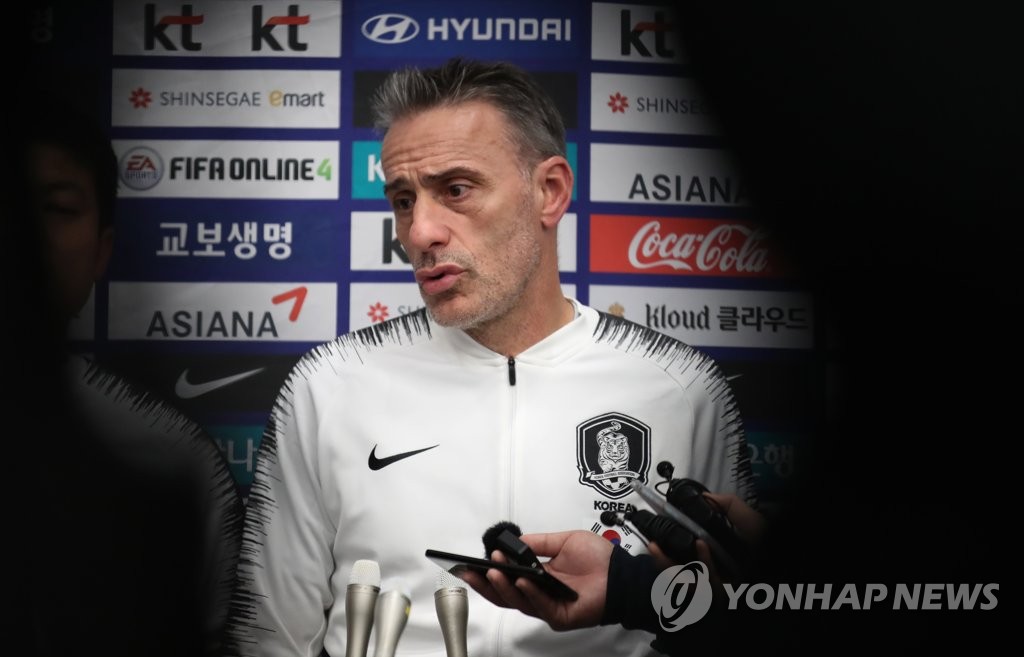 The match took place behind closed doors at Kim Il-sung Stadium, and the North Korean government denied all foreign journalists access to the contest, the first-ever competitive match between the Koreas in Pyongyang.

As for the business on the pitch, Bento noted that there were some testy moments and that the referee, Abdulrahman Al Jassim, halted the match too frequently. While the ref was trying to keep things under control, Bento said his players never had a chance to get into their groove.

"It wasn't a good match at all. We didn't execute what we'd prepared," Bento told reporters at Incheon International Airport, west of Seoul, in the early hours of Thursday, after the team arrived home with a stopover in Beijing. "We didn't have a great first half in particular, and the opponents held us in check. We got better in the second half, but there were too many stoppages of play because of the referee."

Bento said the North Koreans played a physical match from the get-go, and they forced the referee's hands to continually blow the whistle. 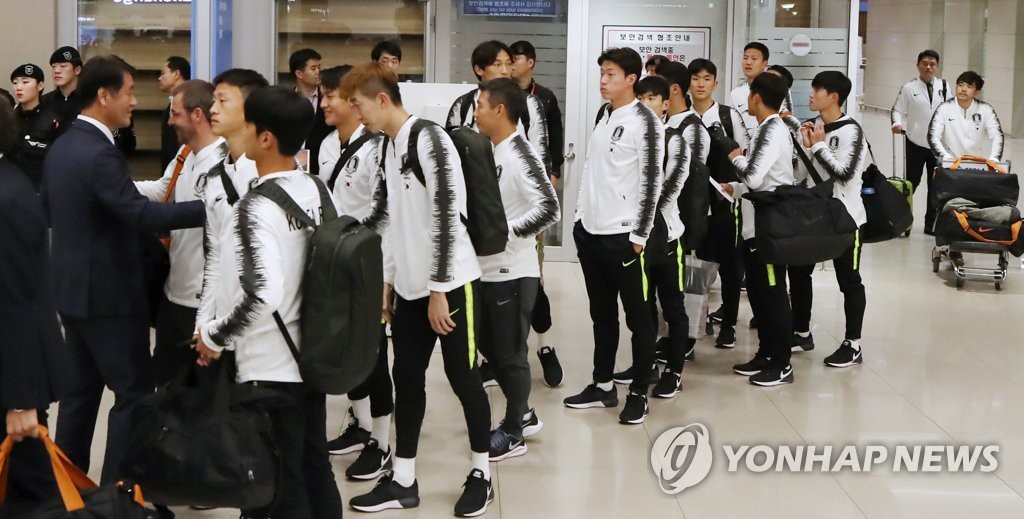 Bento made some tactical changes to begin the second half and made some substitutions to send in offensive-minded players.

"We were able to exploit some space between midfielders and defenders, and had a few good chances," the coach said. "We couldn't convert those opportunities. But on the defensive end, we didn't have too much trouble. I am just happy that our players competed hard in difficult circumstances."

The match was expected to draw up to 40,000 fans, but for reasons yet unknown, North Korea kept even their own fans away.

"In football, the bigger the crowd, the more fun and entertaining the match is," Bento said. "But we can't control situations like this. We just tried to do the best we could under the circumstances."

South Korea remained atop Group H with seven points. North Korea also have seven points, but South Korea hold the tiebreak edge in goal difference, plus-10 to plus-3.

The top two teams from each of the eight groups, plus the four best runners-up, will advance to the next round in the regional qualifying.

South Korea's next Group H match will be at Lebanon in November. 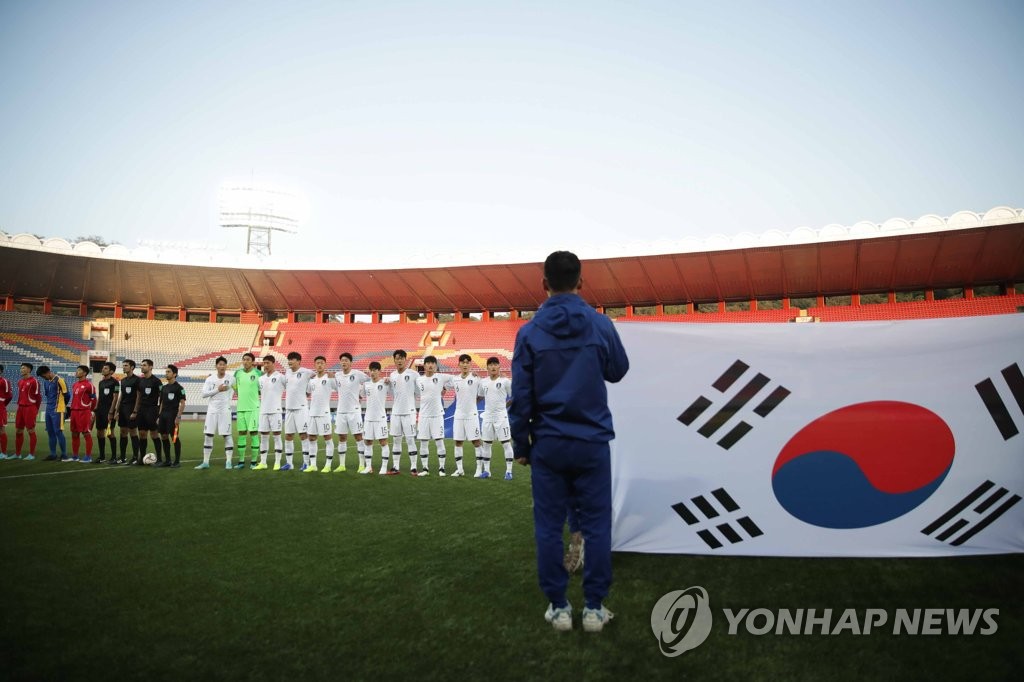