INCHEON, Oct. 17 (Yonhap) -- Only a few minutes after landing in South Korea on Thursday to begin his new baseball managing job, Matt Williams was already talking about getting to work with his squad.

Williams, a five-time Major League Baseball (MLB) All-Star and former National League Manager of the Year, signed a three-year deal to take the helm of the Kia Tigers in the Korea Baseball Organization (KBO) on Tuesday. The third foreign-born manager in the KBO, Williams had a quick message to the passionate fan base of the Tigers coming off a down season. 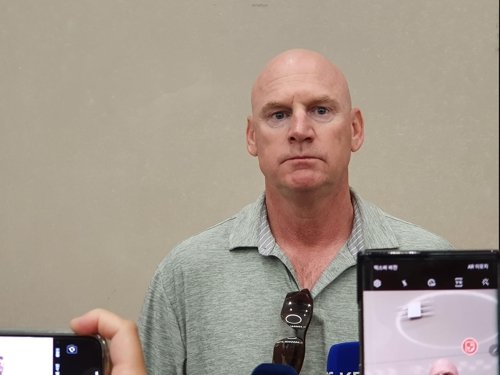 "My promise (to the fans) is that we'll do everything we can do as a coaching staff and organization to put ourselves in a position to win a championship. That starts tomorrow when I get a chance to meet all the players," Williams told reporters at Incheon International Airport, west of Seoul. "The underlying philosophy is that nothing beats work. Repetition in this game is really important. We have to make sure that when we work, we're working correctly, and we're working efficiently."

Williams is inheriting a club that finished in seventh place among 10 clubs this year with a record of 62-80-2 (wins-losses-ties), 11 games out of the fifth and the final playoff spot. They're only two years removed from a championship season.

Though Williams hasn't seen the Tigers play in person, he said the impression he got from his own research led him to believe he will be managing "a young, talented team with great upside and potential."

"Our job is to put them in the position to maximize that potential," he added. "I want to make sure that we're prepared. That's important. I am aggressive by nature. We want to compete. We want to be able to walk on the field every day and have a chance to win that game." 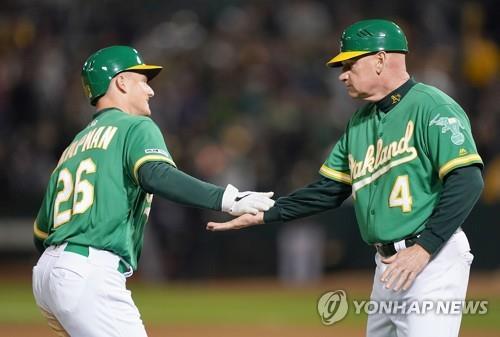 The two American managers that had come before him in the KBO, Jerry Royster with the Lotte Giants from 2008 to 2010 and Trey Hillman with the SK Wyverns from 2017 to 2018, both enjoyed postseason success. Hillman won the Korean Series title in 2018, and Royster took the Giants to the playoffs in each of his three years.

Though Williams still has to prove himself here, he enjoyed a far more decorated MLB career than either Royster or Hillman. In addition to his All-Star selections, Williams won four Gold Gloves at third base and four Silver Slugger Awards. A World Series champion with the Arizona Diamondbacks in 2001, Williams retired in 2003 with 378 home runs and 1,218 RBIs in 1,866 games over 17 seasons.

Williams became the Washington Nationals manager before the 2014 season and was named the NL Manager of the Year that first year after guiding them to the NL East title. He'd been the third base coach for the Oakland Athletics the past two seasons before taking the KBO job.

Williams said he was surprised by the Tigers' job offer at first, and he'd spoken to Hillman, now a coach with the Miami Marlins, about his experience in South Korea.

When he got plenty of positive feedback from Hillman, Williams said that "sealed the deal for me, for sure."

Reminded that Hillman won a championship in his second year in the KBO, Williams said with a smile: "That's our objective, too. It all starts tomorrow." 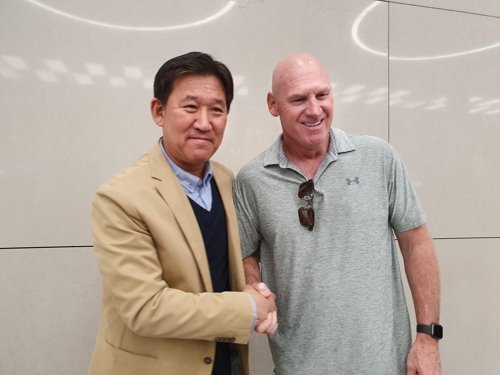 Williams said his passion for teaching and coaching also nudged him toward a new challenge in a new country.

"I love to teach. This is an opportunity for me to keep doing that," he said. "I love creating a culture that these guys can thrive in and bring out the best of their ability. I intend to do that and let them be themselves and play. We're going to play hard, and we're going to compete every day to get the organization back to where it wants to get to."

Asked what his definition of a baseball team was, Williams said: "It's an organization with a single-minded goal, and a system in place that will allow everybody to reach that goal. We'll institute that system starting tomorrow."