The Supreme Court's decision called for the country's second-biggest full-service carrier to suspend the route for 45 days within the next six months.

"The suspension period will be determined through consultations with Asiana in order to minimize passenger inconvenience," an official of the Ministry of Land, Infrastructure and Transport said by phone.

Asiana said in a statement that it respects the court's ruling and will closely consult with the authorities to minimize passenger inconvenience.

The 45-day suspension is expected to cause a loss of 11 billion won (US$9.3 million) in sales, but the planes bound for San Francisco will be used on other routes to reduce the impact on its annual bottom line, the statement said.

In July 2013, an Asiana B777 crash-landed at San Francisco International Airport, killing three and injuring 49 out of 307 passengers.

U.S. investigators determined that a contributing factor was the pilots' mistakes in monitoring airspeed and undue reliance on automated systems that they didn't understand.

In 2014, the Ministry of Land, Infrastructure and Transport ordered Asiana to suspend its flights to San Francisco for 45 days as punishment for the crash.

But Asiana immediately appealed the decision, saying any suspension will cause serious passenger inconvenience given high demand on the route. 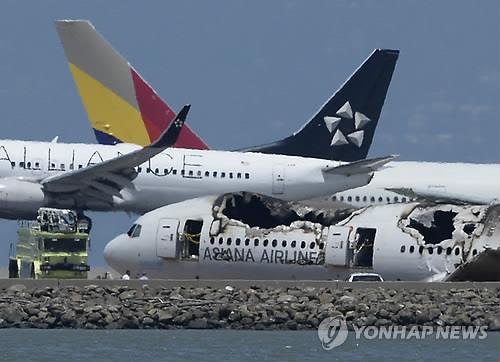