SEOUL, Oct. 17 (Yonhap) -- The top court's ruling on Lotte chief has cleared uncertainties over the conglomerate's business plans, industry officials said Thursday, as it is expected to push for the listing of a hotel unit to complete its holding company structure.

Shin Dong-bin, who heads the country's fifth-largest conglomerate by assets, was indicted in 2017 for giving 7 billion won (US$6 million) in bribes to the former President Park Geun-hye's close friend Choi Soon-sil to win government support for the group's duty-free business.

Earlier in the day, the Supreme Court upheld a lower court ruling that gave a suspended jail sentence to Shin in a graft scandal that led to Park's ouster.

"We apologize for causing concern. ... We will strive to be a trusted company by contributing to the country and society," Lotte said in a statement. 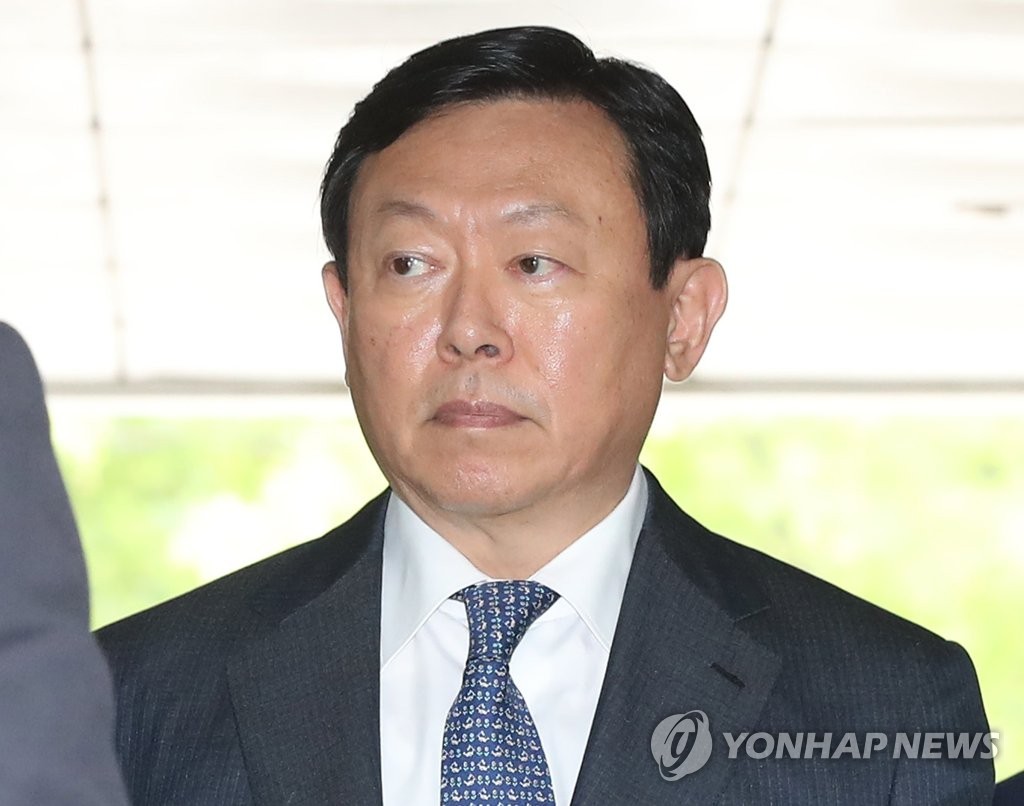 Industry observers said the top court's ruling wipes out concerns about a leadership vacuum at Lotte. When Shin was jailed for about eight months following the initial court ruling in February 2018, Lotte was thrown into disarray as its massive business projects were put on hold.

"With the latest court ruling, Lotte must feel relieved," an official close to Lotte said. "The absence of Shin would have brought big uncertainties."

With Shin freed from a court battle, Lotte is expected to pursue the listing of Hotel Lotte Co. to complete its holding company structure, market watchers said.

In 2017, the South Korean retail-to-chemical conglomerate launched its holding company, Lotte Corp., in a bid to help Shin solidify his leadership and streamline the group's managerial system.

The initial public offering of Hotel Lotte is expected to clear existing complicated shareholding arrangements within the group and improve the conglomerate's managerial transparency following a bitter feud with his elder brother for control of the business empire.

Lotte's Japanese affiliates and their holding firm, Lotte Holdings Co., have a more than 99 percent stake in Hotel Lotte.

"Since the listing also needs to consider investors and shareholders, it's taking some time," said a Lotte official. "When conditions are right for the listing, we'll push the plan."

Despite the top court ruling, some industry observers said concerns still remain for Lotte over retaining a duty-free license on its key store.

The Korea Customs Service (KCS) previously announced it could cancel Lotte's license to operate a duty-free store at its Lotte World Tower in southern Seoul depending on the court ruling.

"Until we read the top court's written judgment, we can't decide whether Lotte should maintain the license or not," a KCS official said. "Seoul Main Customs will make the decision after a legal review."