The back-to-back talks took place on Wednesday while Kang was in the Kazakh capital to attend the Korea-Central Asia Cooperation Forum, an annual dialogue platform launched in 2007 to deepen cooperation between Korea and the region.

During their talks, Kang and her Kazakh counterpart, Mukhtar Tileuberdi, agreed to further expand bilateral cooperation while noting progress in their discussions on enhancing their countries' ties through high-level exchanges and "Fresh Wind," an economic cooperation program.

Then, Kang held talks with her Uzbek counterpart, Abdulaziz Kamilov. The two sides agreed to deepen cooperation in economy, environment, culture and other areas through regular high-level exchanges based on mutual "trust and shared interests."

The ministers also noted that the elevation this year of their countries' ties to a "special strategic partnership" shows that they work closely together to handle not only bilateral issues but also regional and international ones. 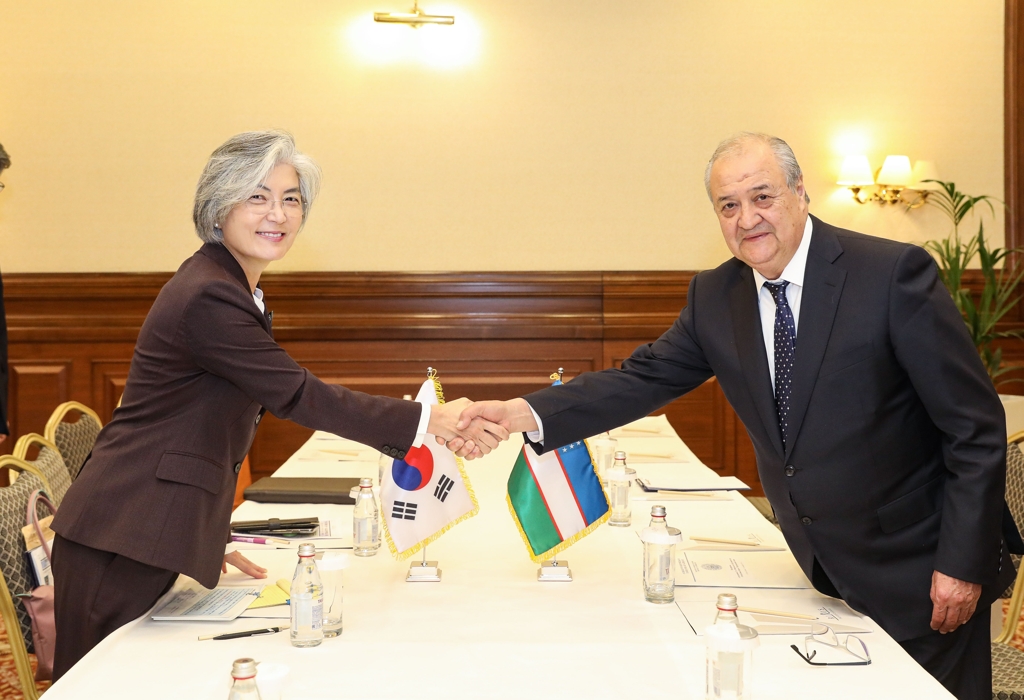 During the talks between Kang and her Kyrgyzstani counterpart, Chingiz Aidarbekov, the ministers noted that South Korean Prime Minister Lee Nak-yon's visit to Kyrgyzstan in July served as an opportunity to enhance bilateral ties.

The ministers also welcomed the fact that the two sides held a joint economic committee earlier this month to discuss ways to implement cooperation measures that followed Lee's trip to Kyrgyzstan. The measures are related to cooperation in such areas as electronic government, education, health care and tourism. 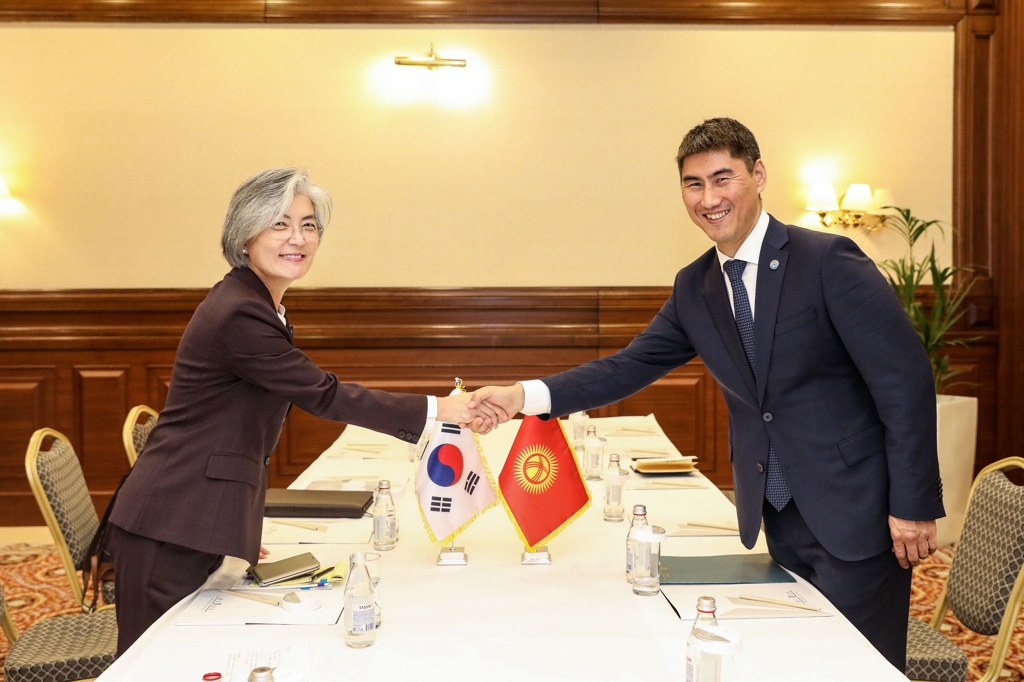 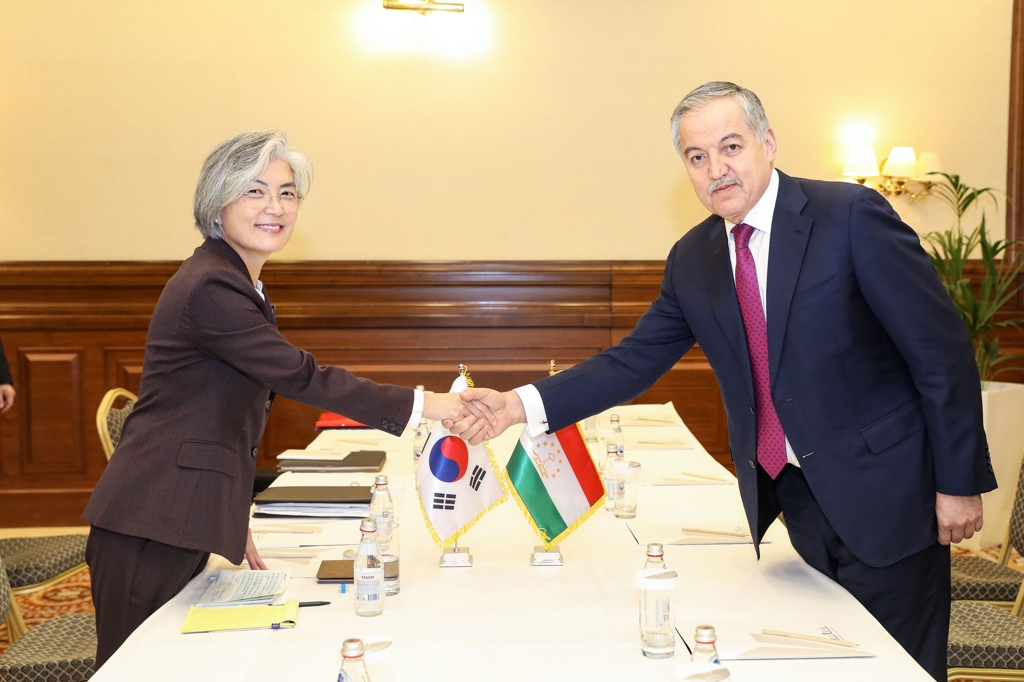 The series of talks with the top diplomats of Central Asian countries is part of efforts to reaffirm their support and cooperation for Seoul's New Northern Policy aimed at deepening ties with the countries and Russia.