SEOUL, Oct. 17 (Yonhap) -- The SK Wyverns' dream of winning their second straight Korean Series championship came crashing down on Thursday, as their title defense ended without a victory in the postseason.

The Kiwoom Heroes defeated the defending champions 10-1 in Game 3 of the second round Korea Baseball Organization (KBO) playoff series and completed the three-game sweep at Gocheok Sky Dome in Seoul.

The way the Wyverns exited the postseason stage -- they scored just eight runs in three losses, seven of them coming in one game -- was eerily similar to their September swoon toward the end of the regular season. 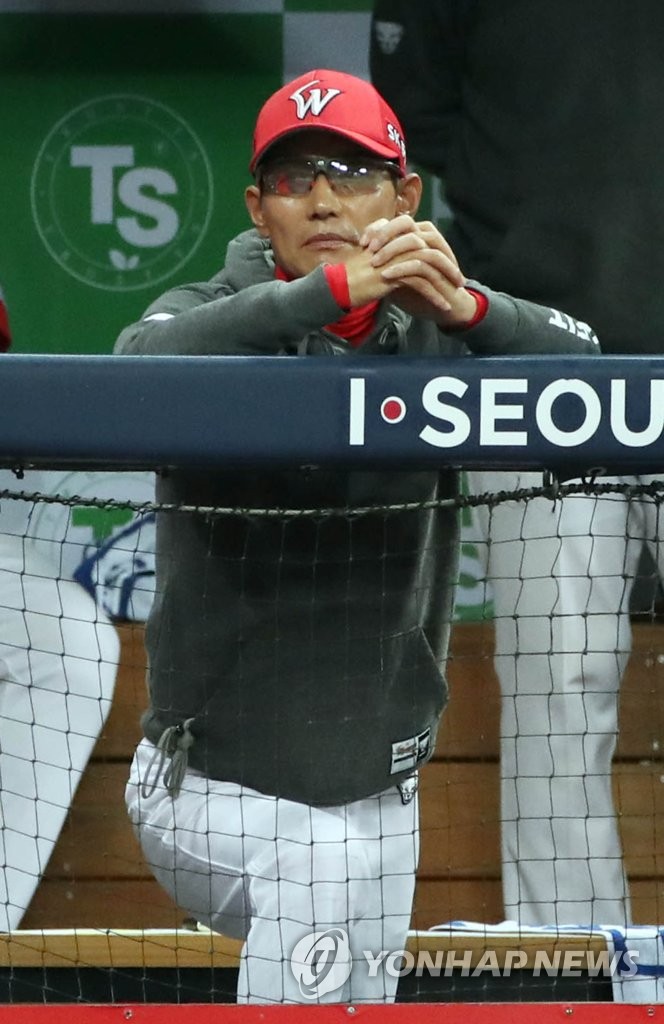 After leading the 10-team league for most of the year, the Wyverns won just eight out of 18 games in September and were passed by the Doosan Bears for first place on the final day of the season on Oct. 1.

That made a huge difference. The top seed from the regular season in the KBO directly advances to the Korean Series, while the No. 2 seed has to play the best-of-five second round against the winner of the first round.

The Heroes, who'd finished third in the regular season, knocked off the LG Twins in four games in the first round. And then they won the first two games against the Wyverns on the road, taking Game 1 by 3-0 in 11 innings, and then rallying from a 3-0 deficit to win Game 2 by 8-7.

The Wyverns faced a daunting task of staving off elimination on Thursday, despite carrying an exhausted bullpen and cold bats up and down the lineup.

That they squandered bases-loaded opportunities in the first and again in the sixth was a microcosm of how the series has gone. 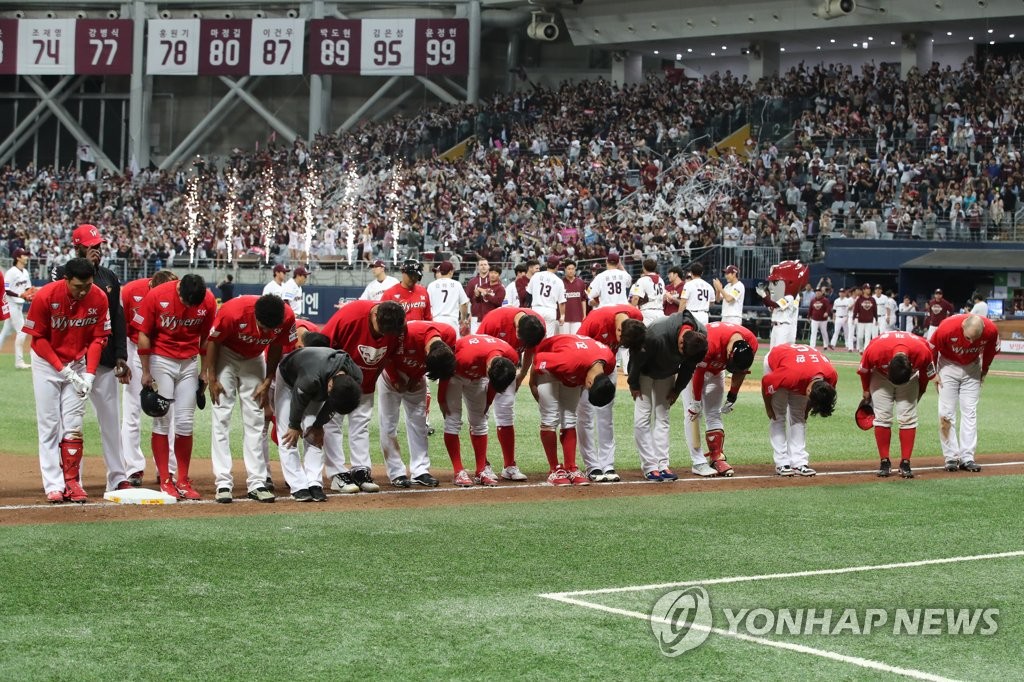 Veteran slugger Choi Jeong went 0-for-12 from the No. 3 spot in the series. As fate would have it, Choi made the final out of the Wyverns' season, as he flied out to left in the top of the ninth inning.

SK manager Youm Kyoung-youb led the Heroes to the franchise's first Korean Series appearance in 2014 as their skipper, and he got beat by the team that still has most of the players he helped develop during his tenure from 2013 to 2016.

After Thursday's season-ending loss, Youm looked the part of a defeated man.

"We failed to score early and let the other team dictate the game," he said. "Whether it was pitching or hitting, Kiwoom was the better team the whole series."

Youm declined to take questions from the media and said, "I don't have anything more to say."

KBO's defending champions crash out of postseason without a win

KBO's defending champions crash out of postseason without a win