SEOUL, Oct. 17 (Yonhap) -- All Lee Jung-hoo does is hit. And the Kiwoom Heroes outfielder has swung his way into South Korean baseball record books during the ongoing postseason.

The Heroes swept the SK Wyverns in the second round Korea Baseball Organization (KBO) playoff series, following their 10-1 victory at Gocheok Sky Dome in Seoul on Thursday. And Lee, a 21-year-old outfielder, was voted the series MVP after batting 8-for-15 with three RBIs and four runs scored. 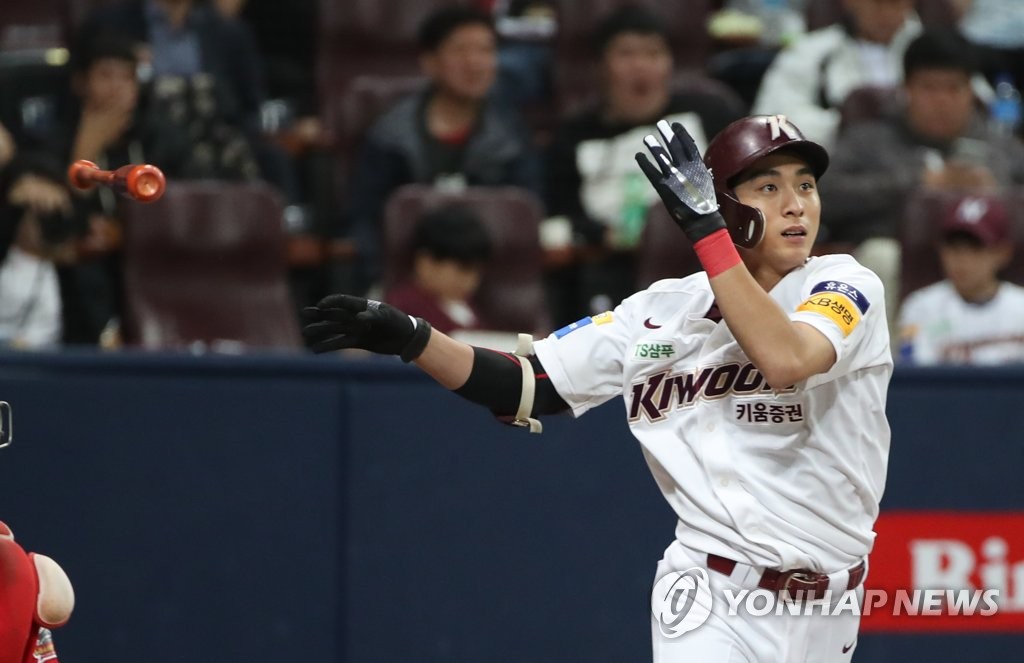 Three of those hits came in the clinching Game 3 on Thursday. Lee broke the scoreless tie with a two-run double in the third inning -- his second double of the game -- and added a single and a key steal in the five-run fifth inning that put the Heroes up 9-1.

Lee has a famous father in Lee Jong-beom, an all-time KBO great who won the Korean Series MVP awards with the Haitai Tigers in 1993 and 1997. The Lees are the first father-son duo to receive MVP honors in KBO postseason.

"It means a lot to be a part of the first father-son tandem to win a postseason MVP award," the junior Lee said. "I am pleased that my father's name gets mentioned more because of this accomplishment."

The senior Lee was a shortstop with blazing speed and some pop, not to mention an almost unparalleled ability to put the ball in play. 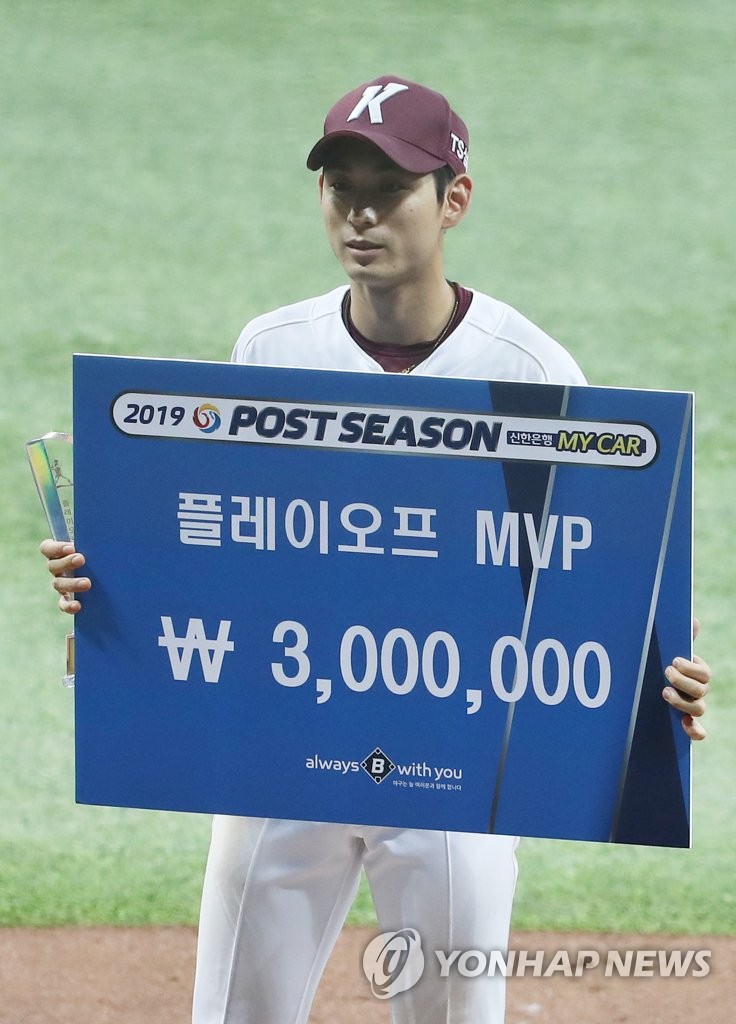 His son is an outfielder who doesn't have quite the power of his father but whose bat-to-ball skill is second to none.

This is Jung-hoo's first extended postseason. The Heroes missed out in 2017, and when they did make it in 2018, Lee injured his shoulder while trying to make a diving grab in Game 2 of the first round and missed the rest of the postseason.

And now he's four wins away from joining his father as the Korean Series champion. If the Heroes are to beat the Doosan Bears, Lee will have to continue to wield his hot bat.

"It'd mean even more if I win the Korean Series MVP, but I believe my teammates will step up," he said. "I'll just try to do my job." 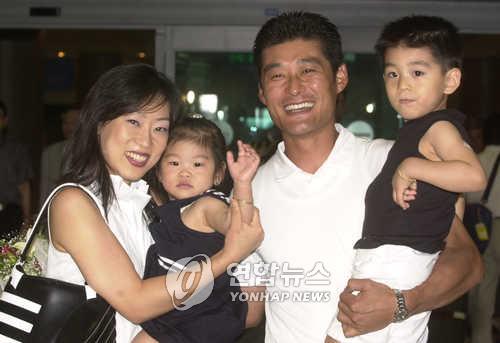