SEOUL, Oct. 17 (Yonhap) -- Jang Jung-suk doesn't have any power to see into the future, but it just has seemed that way whenever the Kiwoom Heroes manager made pitching changes during the Korea Baseball Organization (KBO) postseason.

Behind some timely and explosive hitting and a shutdown bullpen, the Heroes swept the defending champions SK Wyverns in the second round. The 10-1 victory in Game 3 at Gocheok Sky Dome sealed the deal, with the offense going off for five runs in the fifth inning. The Heroes will go on to face the Doosan Bears in the Korean Series, which begins next Tuesday. 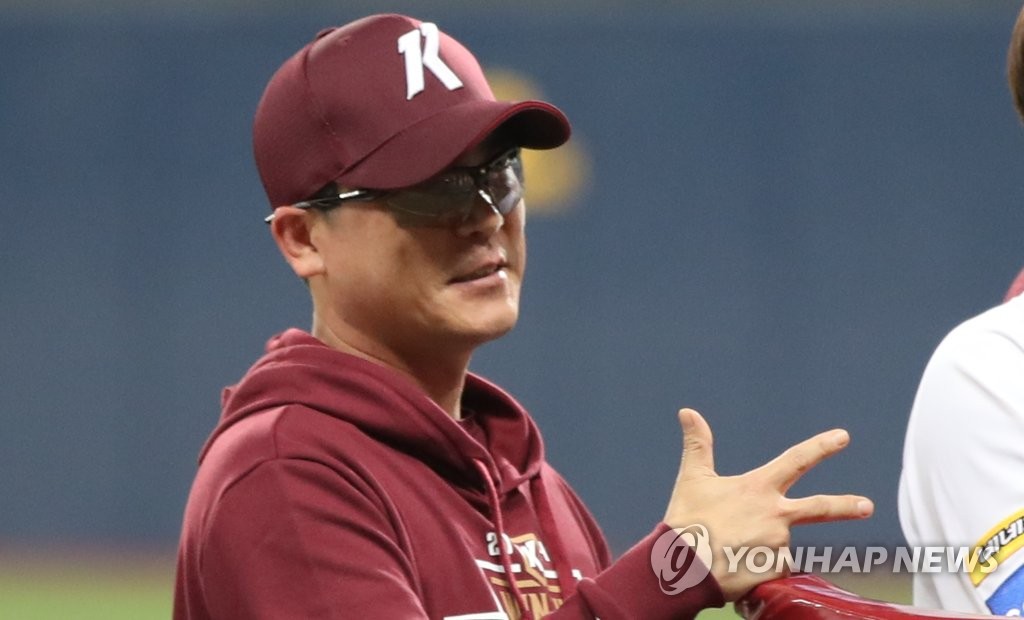 Over the first two rounds of this postseason, Jang has established himself as quite the magician with his bullpen usage. In three games this series, Jang used every one of his 11 relievers, who accounted for 15 of the team's 29 innings and gave up just two earned runs.

Jang has spoken during this series about his newfound faith in advanced statistics and how his usage of certain numbers helped him push the right buttons.

After Thursday's win, Jang said his pitchers deserved all the credit.

"I just got lucky. I am not a god or a fortune teller," he said. "I tried to give the guys an opportunity to pitch in situations where they had the statistical edge. And they executed their job really well."

By finishing off the Wyverns in three games, the Heroes have earned themselves a few days of break. Jang said he felt the rest would help, and that he wasn't concerned about his bats cooling off during this time off because of the high level of focus he's seeing from his club. 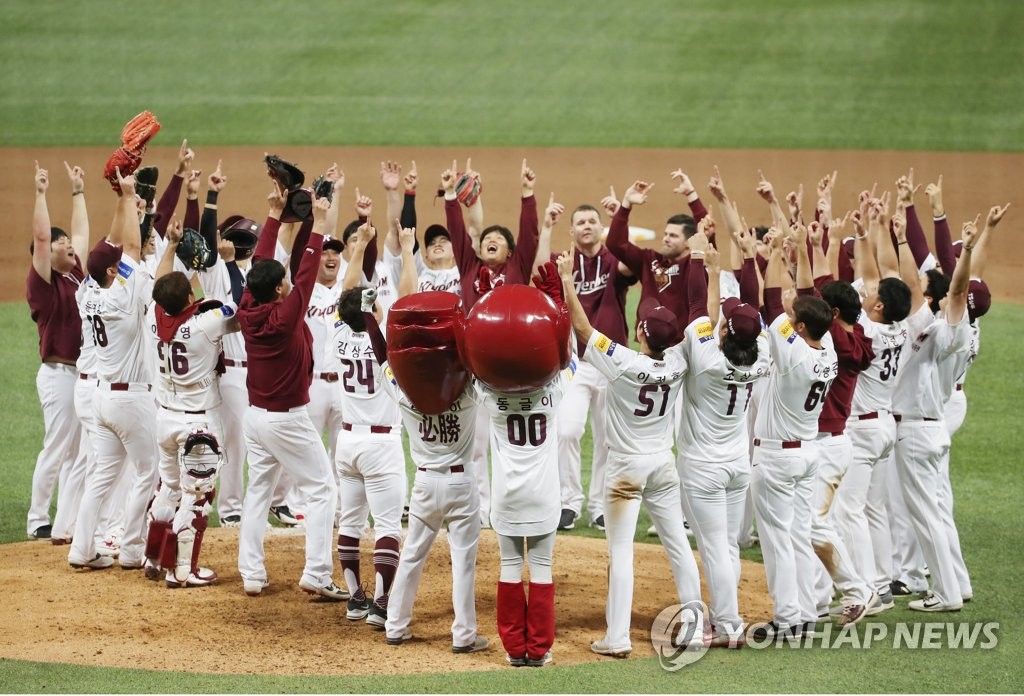 "Everyone is in this together now, and during the course of a game, the guys follow every single pitch," Jang said. "It's thanks to the veterans that we have this kind of culture. You'd be able to feel that if you just spent a few minutes in our dugout. I think I'll just try to help things stay this way."

This is the Heroes' second Korean Series appearance. They lost to the Samsung Lions in six games in 2014 when, incidentally, the current SK manager Youm Kyoung-youb was the skipper.

Jang said the goal for the season, ever since the start of spring training, has been "to reach the pinnacle."

"We have the opportunity to do just that," he said. "If we can keep up this momentum, we should play some really good games in the Korean Series."