WASHINGTON, Oct. 17 (Yonhap) -- The United States and North Korea need to reach an interim deal on dismantling the North's nuclear weapons program step by step, a former U.S. envoy for Pyongyang has said amid a breakdown in negotiations between the sides.

Joseph Yun, former U.S. special representative for North Korea policy, said he believes there is no other way to denuclearize the country, given that any use of force would risk triggering a major war on the Korean Peninsula.

He added that the two sides need to meet frequently in order to reach any deal because the current lack of communication is not conducive to that, let alone a widely expected third summit meeting between U.S. President Donald Trump and North Korean leader Kim Jong-un. 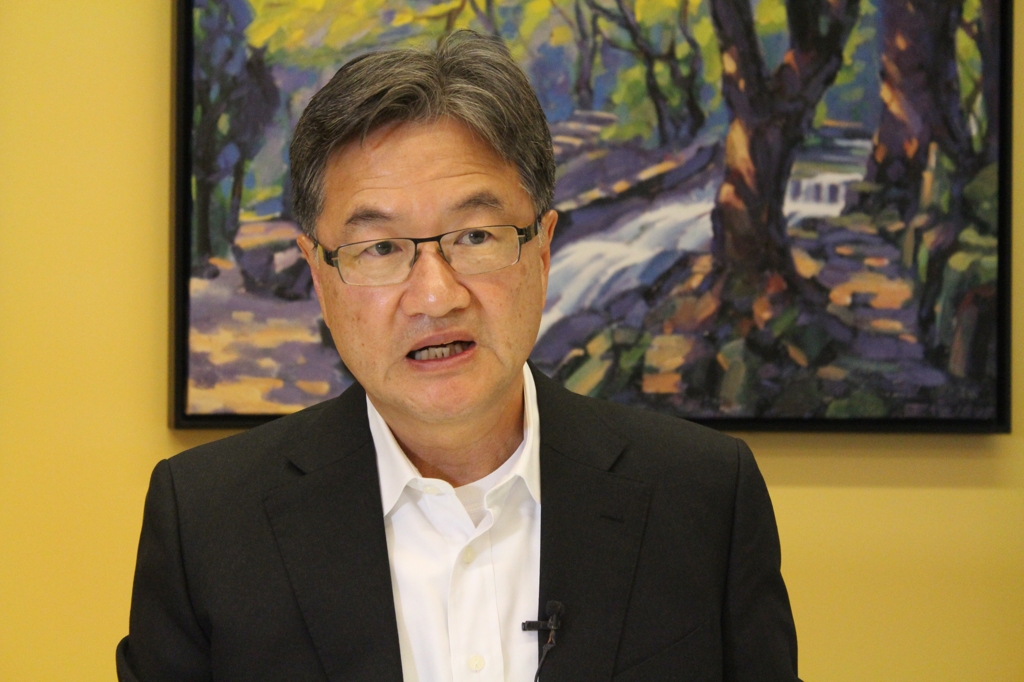 "I believe one thing that President Trump learned from the failure in Hanoi is that he is not going to have a third summit unless there is an agreement beforehand," Yun, who served as envoy until early last year, said in an interview with Yonhap News Agency Wednesday.

Hanoi, the Vietnamese capital, brought Trump and Kim together in February for their second summit. The meeting ended abruptly without any agreement after the U.S. refused to provide sanctions relief for North Korea's offer to dismantle its main nuclear complex in Yongbyon, an action seen as only a partial denuclearization step.

"What you want is an interim deal that will take steps that's better than what was on the table in Hanoi, both for North Korean side and U.S. side," Yun said, billing his proposition as "Hanoi-plus-alpha."

"So, make an interim deal, have a third summit, and then move on to the next step, especially to implementing that interim deal," he said.

Yun suggested that the North give up more than Yongbyon. In addition to the Dongchang-ri missile site and Punggye-ri nuclear test site, which it has already put on the table, the North should offer a roadmap laying out the detailed steps to complete denuclearization, several nuclear weapons, or some other nuclear facilities outside of Yongbyon, he said.

"On top of that, I think both sides were close to agreeing on a couple of other things, including an end-of-war declaration," he said, referring to a political statement declaring a formal end to the 1950-53 Korean War that ended in an armistice, not a peace treaty. 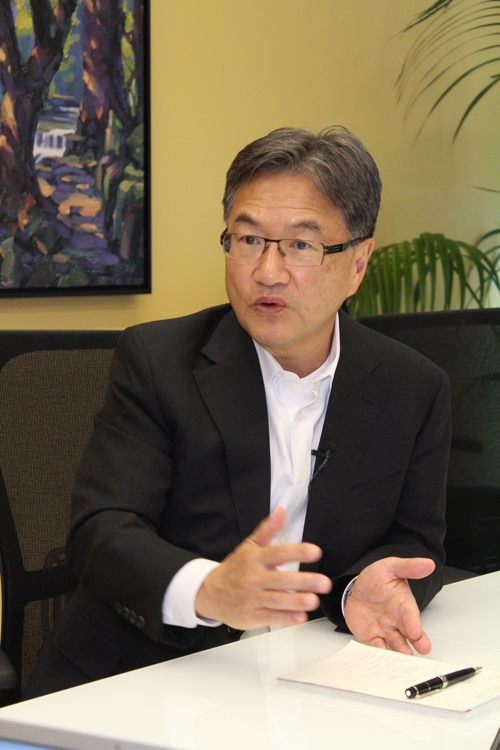 "They could agree on exchanging diplomatic liaison offices," he continued. "So, I mean, that's a good package, and it could form an interim deal, I believe. That could then become something that they would have a third summit."

The last round of U.S.-North Korea negotiations was held in Stockholm, Sweden, on Oct. 5 following a monthslong pause caused by the breakdown of the Hanoi summit.

North Korea walked out of the talks and accused the U.S. of failing to come up with a new proposal acceptable to Pyongyang.

Yun said he believes the North Koreans made two mistakes going into the talks -- testing a submarine-launched ballistic missile just days before the meeting, and thinking that last month's dismissal of John Bolton, the hawkish then-U.S. national security adviser, would soften Washington's position.

He added that while it is unlikely the two sides will meet again soon, he believes they want to resume talks, and if they can do so before an end-of-year deadline threatened by Pyongyang, there should be no return to the high tensions that characterized U.S.-North Korea relations just two years ago.

"I think the two leaders should meet sometime over the next six months," Yun said. "For Trump, he would like to meet and reach a deal before the U.S. presidential elections one year from now. Kim Jong-un has said there should be a new calculation on U.S. side by the end of the year, so I would imagine if the two working groups started meeting at the end of the year, that should give them enough time to come around." 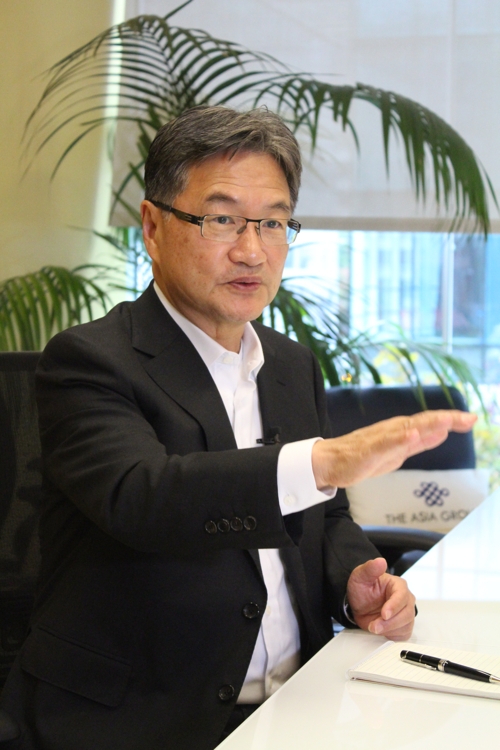 Yun's storied career at the U.S. State Department included a visit to Pyongyang in 2017 to bring back Otto Warmbier, an American college student who was detained by the regime and fell into a coma.

Warmbier died shortly after his return to the U.S.

Yun made clear that he, like Bolton, does not believe the North Koreans will denuclearize in the foreseeable future.

"Where I differ from someone like John Bolton is that John Bolton thinks then you should go in there and forcefully take it out. I don't think that will work," he said. "I think that will trigger, most likely, military action, hostility, and with disastrous consequences. So, I do believe that the end goal is complete denuclearization, but it has to be done step by step."

The process could take decades, he noted, "but there are no other options."

"And maybe through these negotiations," Yun said, "through implementing step by step, maybe you build enough confidence so you eventually get there."

On the Trump administration's broader policy on East Asia, the former career diplomat was critical of what he described as the lack of U.S. action to stop the escalation of recent tensions between South Korea and Japan.

He also said it was a "big mistake" on Washington's part to demand a multiple-fold increase in South Korea's contribution to shared defense costs.

"I think it's a big mistake on the part of Trump to see the issue of stationing U.S. troops in South Korea in monetary terms," Yun said. "I think it's much more ... U.S. strategic presence is there, and it's of huge benefit to the United States in terms of what we do in Asia, what we do vis-a-vis China, and, of course, the North Korean threat. So I think it's a big mistake, and it has a good chance to erode the relations between the U.S. and South Korea, and that's not good."