The ASEAN-Korea Center, an intergovernmental body for cooperation between South Korea and the regional bloc, organized the event taking 200 participants from South Korea and 10 ASEAN member countries to Seoul, Gyeongju, Busan, Suncheon and Gwangju.

The trip was designed to highlight the participants' wishes for the success of the summit scheduled for Nov. 25-26 in Busan to mark the 30th year since the establishment of the sectoral dialogue relations between South Korea and the bloc.

In her congratulatory remarks, Foreign Minister Kang Kyung-wha said that the special summit will be a venue to put forward a vision for the future of South Korea-ASEAN relations in the next three decades.

"Based on that vision, I hope that South Koreans and people of the 10 ASEAN countries together can build a community for prosperity and peace," Kang said.

Lee Hyuk, secretary general of the ASEAN-Korea Center, expressed gratitude to local governments for their cooperation in carrying out the train program.

Seoul is pinning hopes on the November summit to create fresh momentum for the implementation of its New Southern Policy designed to deepen economic and diplomatic cooperation with ASEAN, an increasingly crucial partner due to the bloc's growth potential, rich resources and growing geopolitical influence.

Since its launch in May 2017, South Korea's Moon Jae-in administration has been striving to reinforce ties with ASEAN to diversify the country's diplomacy, which has focused largely on major powers such as the United States.

On Nov. 27, a day after the South Korea-ASEAN summit, Seoul also plans to hold a separate summit with five ASEAN member countries along the Mekong River -- Vietnam, Thailand, Myanmar, Laos and Cambodia -- that are among the fastest growing economies in the region. 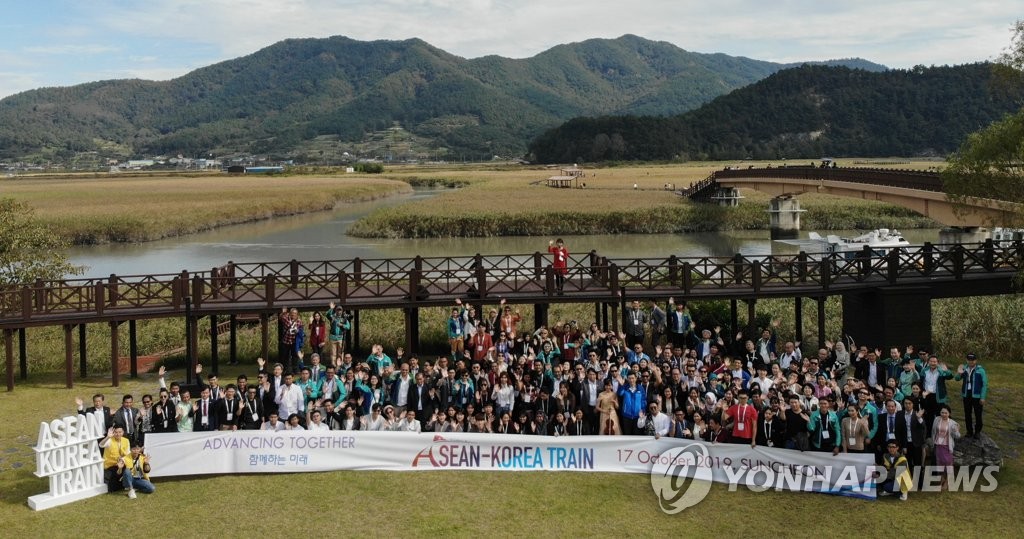