SEOUL, Oct. 18 (Yonhap) -- North Korean nationality is one of the least-valued citizenships in the world, a London-based citizenship consulting firm said in its Quality of Nationality Index report.

According to the report from Henley & Partners, North Korea ranks 141st among 159 countries for 2018, with a quality of nationality score of 22.9.

The index ranks the value of citizenship based on economic strength, human development, the level of peace and stability, the freedom to travel and the freedom to settle abroad.

Meanwhile, South Korea earned a score of 54.2 in the index, maintaining its position as the No. 3 country in Asia for the eighth consecutive year.

France topped the list with a score of 83.5 points, followed by Germany and the Netherlands. 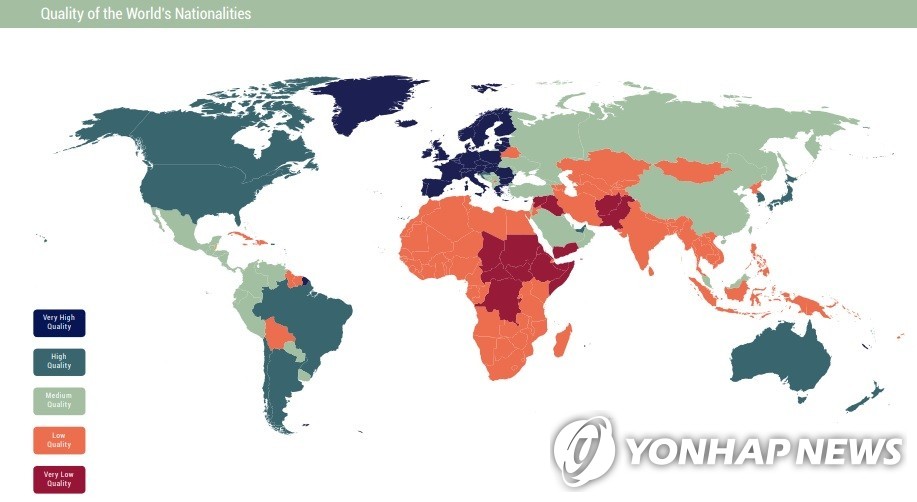 N. Korea among worst countries to be a citizen: index

N. Korea among worst countries to be a citizen: index