SEOGWIPO, South Korea, Oct. 20 (Yonhap) -- Phil Mickelson, with 44 PGA Tour wins and five major titles to his credit, is one of the most recognizable names in golf. Wherever he tees it up, like in South Korea this weekend for instance, people will come or tune in to watch the living legend play.

There's so much a player of his stature can do with a simple act of hitting the small golf ball. His presence alone can help promote the PGA Tour and the game of golf in general, while his famously daring and imaginative plays can inspire a new generation of golfers. 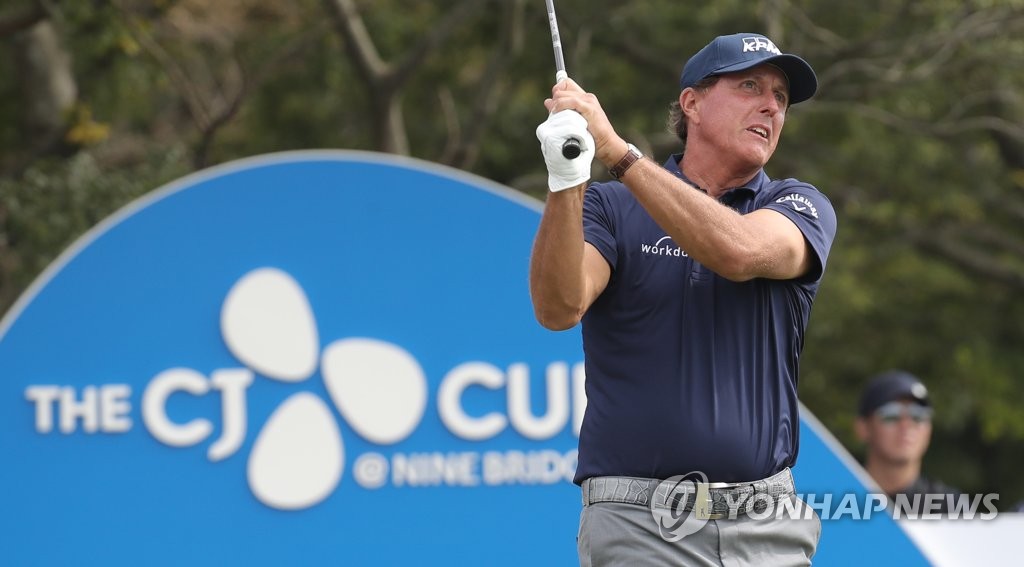 Speaking to Yonhap News Agency on Saturday after his third round at the CJ Cup @ Nine Bridges, Mickelson said he'll try to do more of that in the future.

"I'm going to try to play next year maybe in the Middle East, find a tournament to play over there, and to go over to Europe besides the British Open maybe, and to come over here to Asia at least once," the 49-year-old American said.

Asked if he felt any sense or obligation or responsibility to play around the world, Mickelson said his globe-trotting ways are borne out of his love of the game.

"It's not so much an obligation. It's that I enjoy it," he said. "I enjoy playing golf in different parts of the world and meeting new people and seeing new cultures."

Mickelson said he played in Asia often early in his career and realized then that he enjoyed learning about different cultures.

"This game of golf has taken me to some very special places," he said. "It's given me an opportunity to see the world, and I'm very appreciative for this great game of golf." 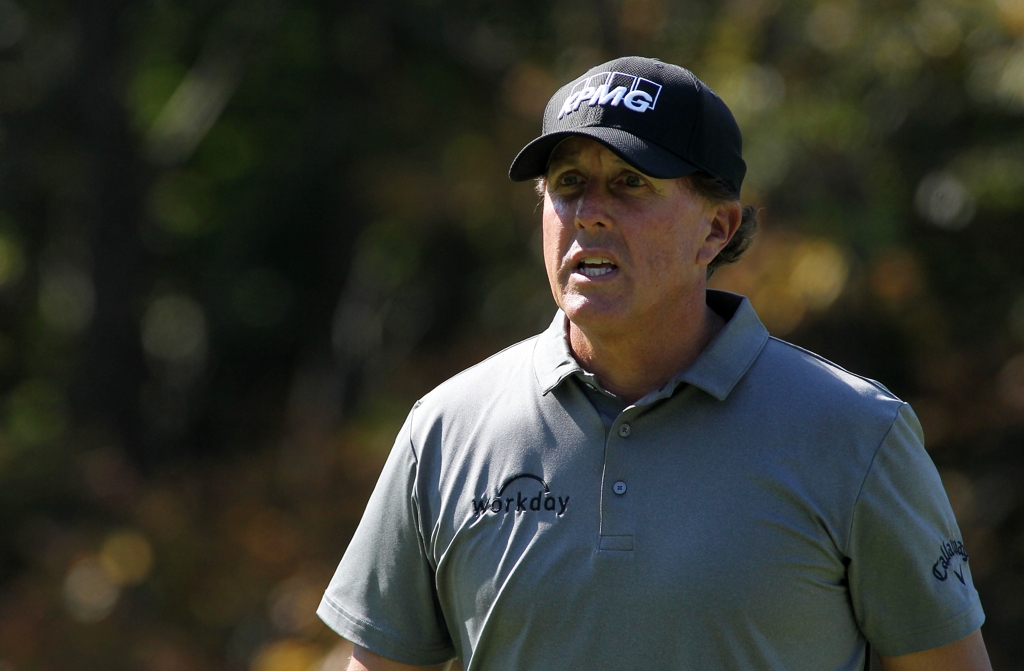 Mickelson came to play the CJ Cup for the first time this year, having heard from fellow pros that the 7,241-yard Club at Nine Bridges course would suit his game.

Mickelson had spoken glowingly about the course Wednesday after his practice rounds, even likening the undulating greens here to ones at Augusta National.

Mickelson said he played well in the third round, save for his struggles with the short stick.

"I feel that there's enough room off the tee for me to drive it. I like the challenge of the greens for iron shots. I really feel like this is a good golf course for me to play well on," he said. "And I have played well. I like everything about being here. I'm just struggling with the putter at the moment."