The largely symbolic measure was made Friday after working-level nuclear talks between the two sides fell apart in Stockholm on Sept. 5. Ending the first formal negotiations in more than seven months, Pyongyang and Washington reportedly agreed to meet again "within the next two weeks," but there's no news yet of another session.

Amid growing doubts about the likelihood of Trump holding a third summit with North Korean leader Kim Jong-un before the end of the year, he reapplied a Presidential Determination that prevents the United States from providing "nonhumanitarian, nontrade-related assistance" to North Korea or allowing funding for participation in educational and cultural exchange programs" by its officials or employees, according to the White House. 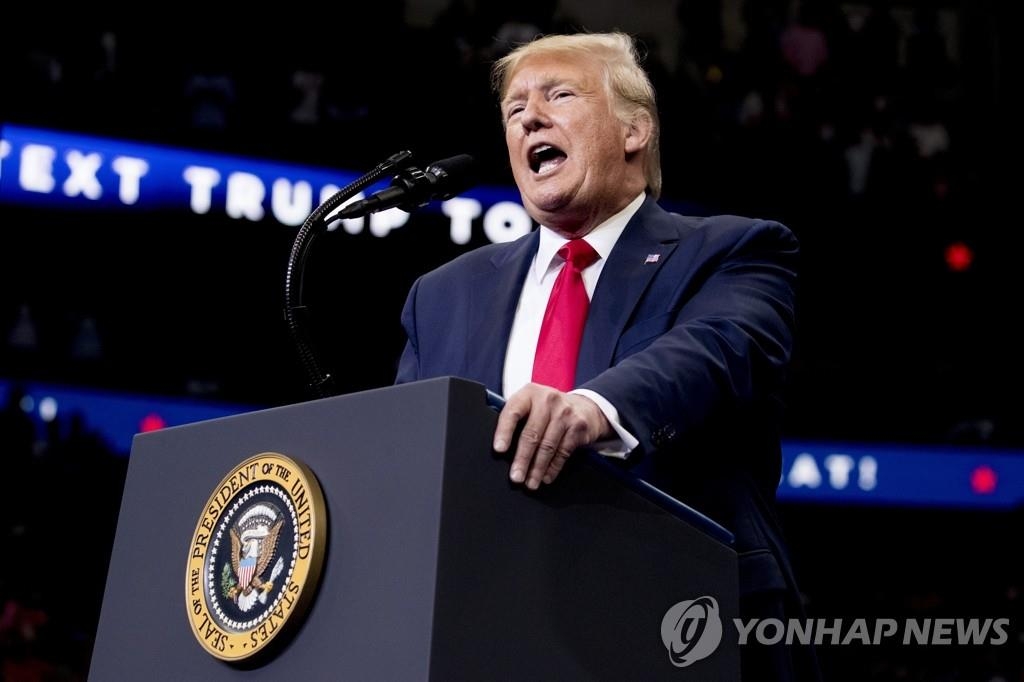 Several other nations, including Cuba, Russia and Syria, are subject to the same step to be effective through fiscal year 2020 under the memorandum that was directed at Secretary of State Mike Pompeo.

It called for their governments to comply with minimum standards or make significant efforts with regard to the elimination of trafficking in persons.

Trump also instructed the U.S. executive director of each multilateral development bank and its representative at the International Monetary Fund to vote against any loan or other utilization of their funds by those countries.

Trump's measure against Pyongyang is not new and it's also symbolic as its regime is already facing a wide web of sanctions led by the U.S. or the United Nations.

It was announced amid a drawn-out deadlock in efforts to commence the denuclearization process in earnest in a follow-up to the historic Singapore summit between Trump and Kim in 2018.

As he rode a white house up Mount Paekdu last week, the highest peak on the Korean Peninsula, the North's leader vowed to ride out sanctions, Pyongyang's state media said.

Kim previously showed such a performance to the world before making some important decisions associated with his country's stand-offs with Washington.

In June, the U.S. State Department designated North Korea again as one of the worst human trafficking nations. It placed Pyongyang on the list of Tier 3 nations for the 17th consecutive year.