SEOUL, Oct. 20 (Yonhap) -- The wife of North Korean leader Kim Jong-un has been absent from public view for four months since June, spurring speculation about what is behind her prolonged disappearance.

Ri Sol-ju was last seen in public when Chinese President Xi Jinping made his first visit to Pyongyang on June 20-21. She has since disappeared from state media reports for a total of 122 days, with leader Kim making public appearances without her.

It is not the first time that Ri has disappeared from public view. In 2016, she was not seen in public for about nine months, spawning speculation that she might be pregnant or have given birth to a baby.

This year, Ri made six public appearances up until June, including accompanying Kim on a visit to Beijing from Jan. 1-10. She also joined Kim in attending a performance marking the 71st anniversary of the North's armed forces in February and visiting a fish farm in April.

Ri's disappearance from state media reports is considered unusual. Since state media began referring to her as first lady last year, instead of comrade, she was usually mentioned in media reports at least once a month.

Amid her absence, Kim's younger sister, Kim Yo-jong, appears to be filling in for her, accompanying the leader in an event on July's anniversary of the death of their grandfather and founding leader Kim Il-sung, as well as other key events. 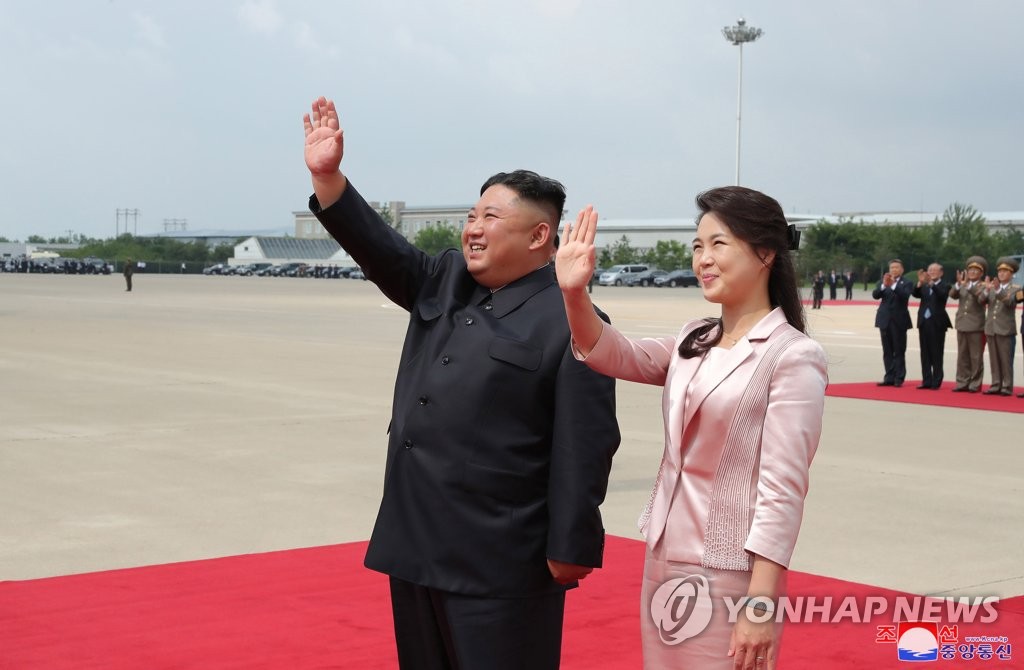