SEOGWIPO, South Korea, Oct. 20 (Yonhap) -- There are far more important things in life than winning golf tournaments. And as disappointed as Danny Lee was that he came up a couple of shots shy of winning a PGA Tour event in South Korea on Sunday, he's also happy with some good news coming from his family.

After moving into a shared 54-hole lead at the CJ Cup @ Nine Bridges on Saturday, Lee, a South Korea-born New Zealander, revealed on Saturday that his wife had given premature birth to the couple's second child last Sunday. The Lees had been expecting the baby for Christmas. 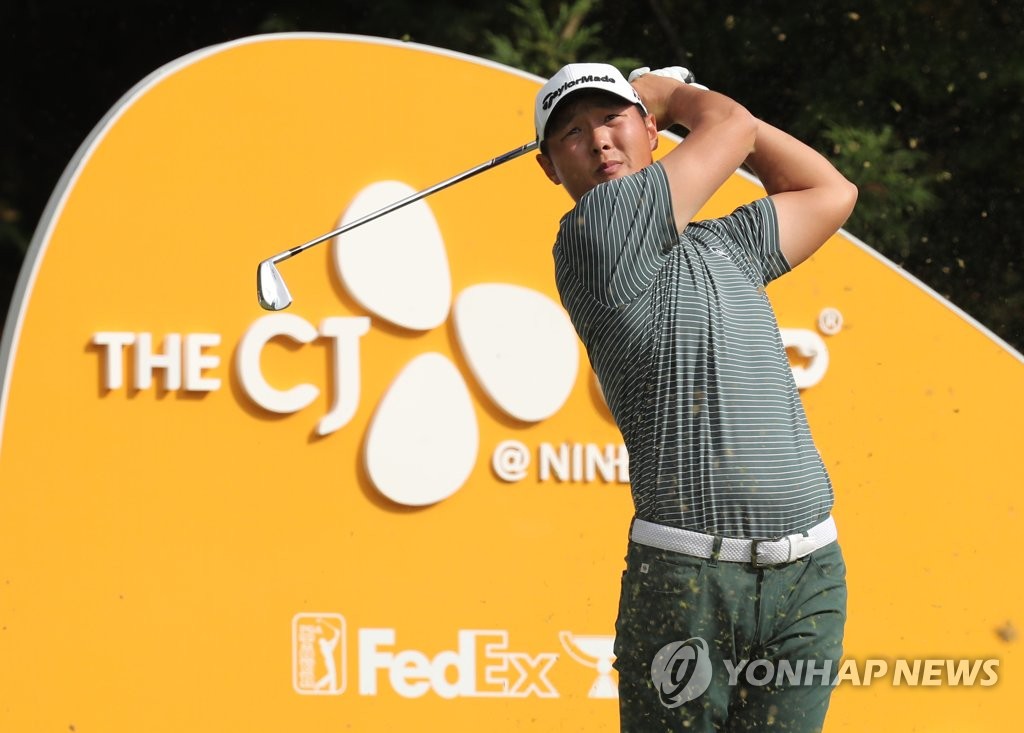 Though Lee finished two shots behind the champion Justin Thomas at the Club at Nine Bridges on Sunday at 18-under 270, he said he gave his best for the second child, now in an incubator.

"The baby is obviously too young to watch me play on television, but I wanted to play hard for our family," Lee said. "I gave it my best out there today. And solo second was the best I could do."

As for the baby, Lee said, "I've been hearing nothing but good news. My wife is doing well. Things are okay now."

Lee said he didn't expect to do so well at the CJ Cup. He had little time to practice because of his family situation, but he made sure to find at least an hour a night at a nearby range to hit some balls.

"Before I tee off my very first tee shot on Thursday, if someone's going to give me solo second, I would take it in a heartbeat," he said. "It is a good week, but also very disappointing. I really wanted to win the CJ Cup. It means a lot to me to win it in front of the Korean fans and all my Korean family, but it is what it is."

Lee could have made things far more interesting at the par-5 18th, where his long putt for an eagle lipped out. Thomas had left himself a birdie attempt, but if Lee's eagle putt had fallen in, it would have put pressure on Thomas to make that birdie putt. Instead, Thomas only needed to two-putt from about seven feet away, and the American star drained it to close out the two-stroke win. 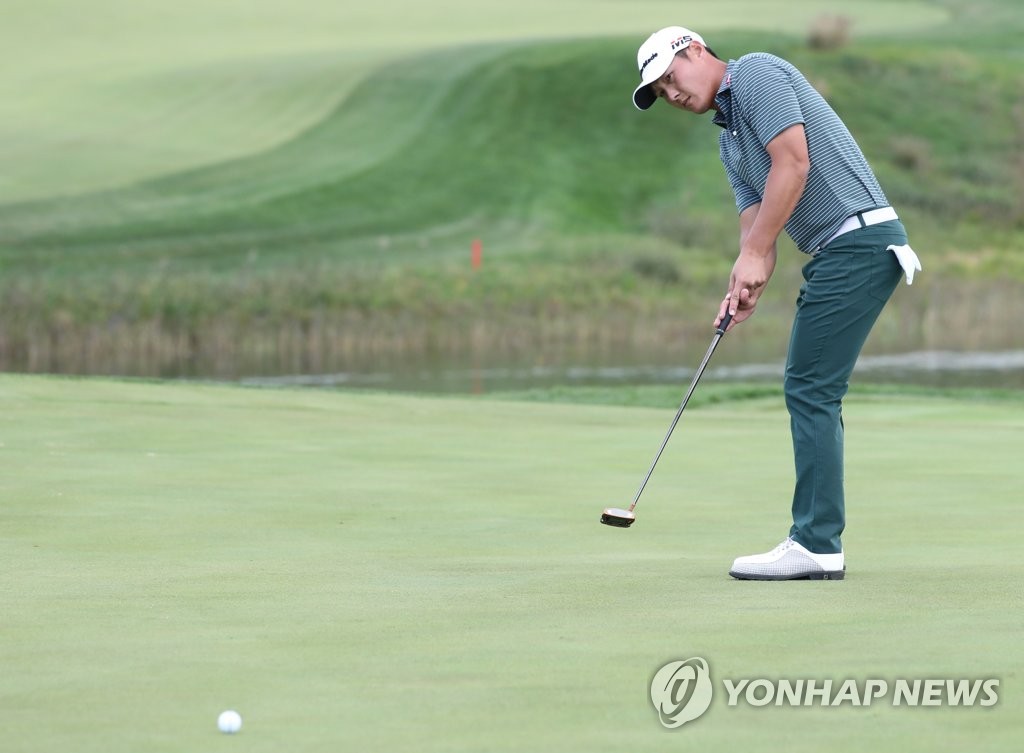 "I wasn't going to leave that short. It looked good for so long," Lee said. "Had a little too much speed to go in. Gave it a really good run."

If Lee had struck the ball better earlier in the round, he wouldn't have put himself in that position in the first place. He was in a scrambling mode all day and considering he only hit only five fairways and nine greens, it's remarkable that Lee shot a 69.

"Just a couple holes that were letting me down with the driver on the back nine," Lee said. "A couple tee shots that you cannot hit it in that bunkers on the left and I did, so struggling to make par from there when Justin had a couple birdie looks over there. I gave it a good run, though."