The country's exports stood at US$26.8 billion in the October 1-20 period, compared with $33.3 billion in the same period last year, according to the Korea Customs Service.

By product, exports of semiconductors and petroleum products fell 28.8 percent and 38.4 percent, respectively.

Meanwhile, outbound shipments of wireless communications devices and electronic products rose 44.8 percent and 11.7 percent, respectively, according to the data.

South Korea imported goods worth $25.4 billion in the 20-day period, down 20.1 percent from a year earlier. 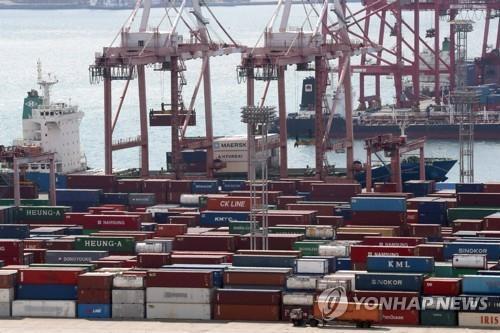 Korea's exports down 19.5 pct in first 20 days of October

Korea's exports down 19.5 pct in first 20 days of October