SEOUL, Oct. 21 (Yonhap) -- The trade dispute between the United States and China is expected to have lowered South Korea's growth by up to 0.4 percentage point, the head of South Korea's central bank has said, without elaborating on the country's anticipated growth outlook.

"We cannot but be affected by the trade dispute between the two countries because the proportion of our exports to the United States and China is so large," Bank of Korea (BOK) Gov. Lee Ju-yeol said while meeting with reporters in Washington on Friday (U.S. time), according to a transcript of his remarks released by the BOK. 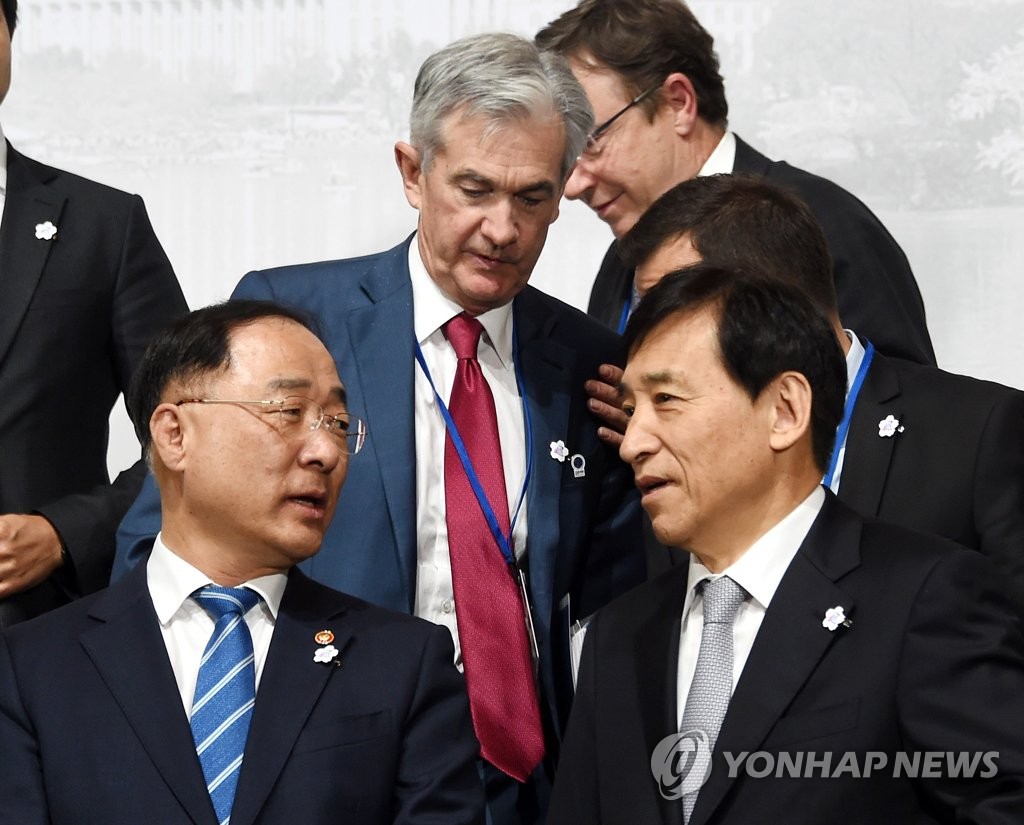 South Korea's exports have dropped for 10 consecutive months since December and are again expected to dwindle this month, with outbound shipments plunging 19.5 percent from the same period last year in the first 20 days of the month.

The U.S. and China -- the world's two largest economies -- are also the biggest importers of South Korean products.

The central bank has noted the drop in exports could easily be offset by an increase in investment and spending, especially government spending, which it says has a great multiplier effect over time.

The Seoul government currently sits on a 5.83 trillion won (US$4.94 billion) extra budget approved by the parliament in August.

The BOK too has slashed its base rate to a record low 1.25 percent in a clear bid to support local spending and investment.

"There now exists a view that we may have avoided the worst as the U.S. and China have reached a partial deal in their trade negotiations and that the global semiconductor market will likely recover by the middle of next year," he said.

"In that case, the country's economic growth should be better than that of this year," Lee added.