SEOUL, Oct. 21 (Yonhap) -- It'll be a duel of two American pitchers at the start of the South Korean baseball championship series.

The Doosan Bears and the Kiwoom Heroes will clash in the best-of-seven Korean Series, with Game 1 scheduled for 6:30 p.m. Tuesday at the Bears' home, Jamsil Stadium in Seoul.

The Bears will send their No. 1 starter Josh Lindblom to the mound, as they pursue their first title since 2016.

The Heroes, seeking the franchise's first championship, will counter with Eric Jokisch.

Lindblom went 20-3 with a 2.50 ERA, an MVP-worthy campaign in which he led the KBO in wins and strikeouts (189) and ranked second in ERA. 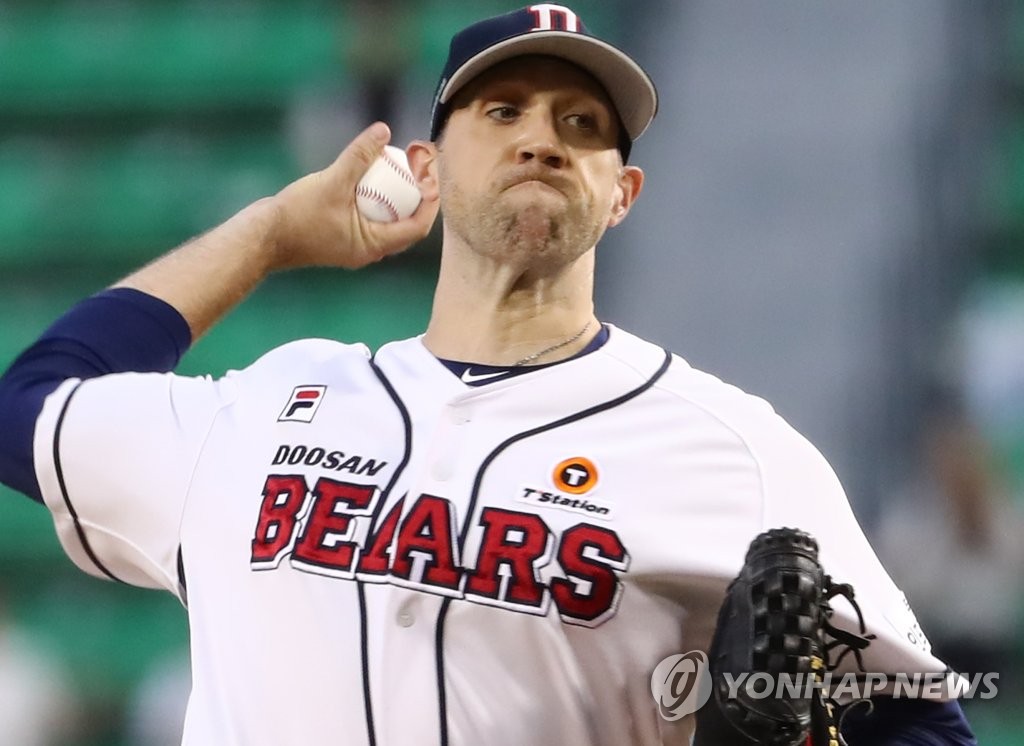 Lindblom had a 2-1 record with a 4.13 ERA in four regular season meetings against the Heroes.

This will be Lindblom's second consecutive Game 1 assignment in the Korean Series. Last year, he faced the SK Wyverns in the series opener, but took the loss after giving up five runs in 6 1/3 innings. He bounced back with seven innings of one-run ball to win Game 4, but in a rare relief appearance, Lindblom gave up a game-tying solo home run to Choi Jeong with two outs and two strikes in the top of the ninth inning of Game 6. The Bears ended up losing the series in six games. 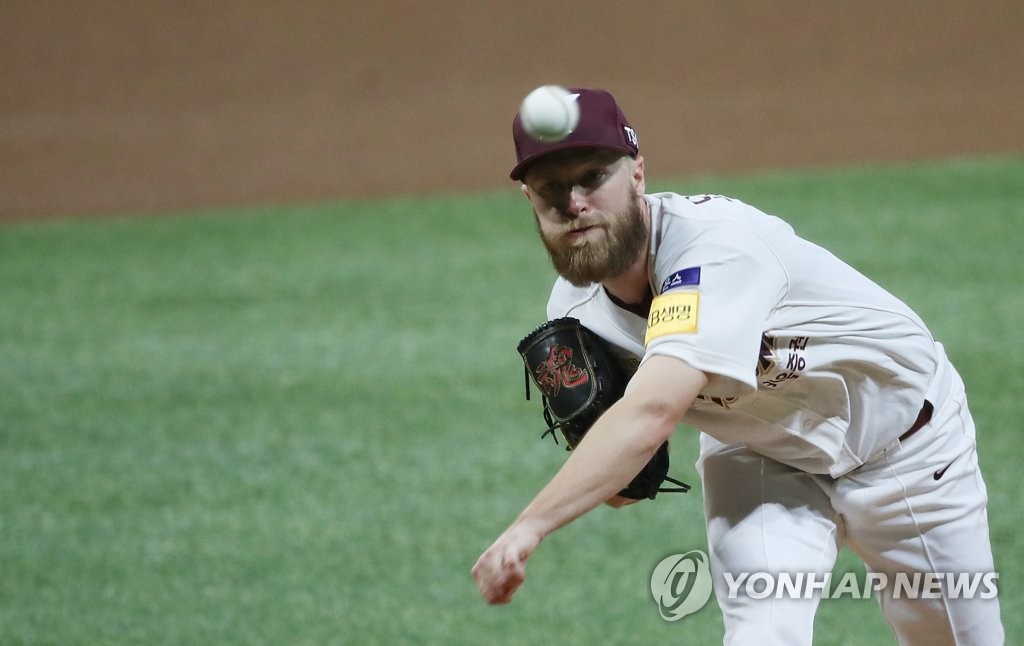 Jokisch was 2-2 with a 3.19 ERA in five regular season starts against the Bears, with 19 strikeouts and six walks in 31 innings.

Another American pitcher, right-hander Jake Brigham, has put together 12 scoreless innings so far this postseason and would have been a reasonable choice as Game 1 starter. But Jang chose Jokisch because of the Bears' season-long struggles against southpaws.

The Bears ranked last in the 10-team league in on-base plus slugging percentage (OPS) against left-handers with .668.

"I didn't have to think too long and hard about this," Jang said of his decision to tap Jokisch.

Jokisch, who was 13-9 with a 3.13 overall ERA in the regular season, has been mediocre in his two postseason starts so far. He served up seven hits and three earned runs in 2 1/3 innings against the Twins in the second game of the first round. Jokisch then held the Wyverns to a run over 4 2/3 innings in Game 2 of the second round, but he was yanked just one out away from qualifying for a win.