Wei Fenghe met with Seoul's Vice Defense Minister Park Jae-min on Sunday in Beijing on the sidelines of the 9th Beijing Xiangshan Forum that kicked off in the day for a three-day run until Tuesday, according to the news report.

During the meeting, Wei Fenghe called for deepening high-level exchanges and professional cooperation, and respecting each other's key concerns, according to Xinhua.

Calling South Korea an important neighbor, he also stressed resolving sensitive issues properly, which would be a basis for developing the bilateral military ties and for protecting the regional security, it added.

Park also expressed South Korea's hope to strengthen communications with China and strategic confidence, and to jointly push for the denuclearization of the Korean Peninsula and the establishment of a lasting peace regime.

Park is in Beijing for a three-day trip that began Sunday to attend the annual forum that brought together 500 government officials, and security experts from 68 countries and seven international organizations, according to Seoul's defense ministry. 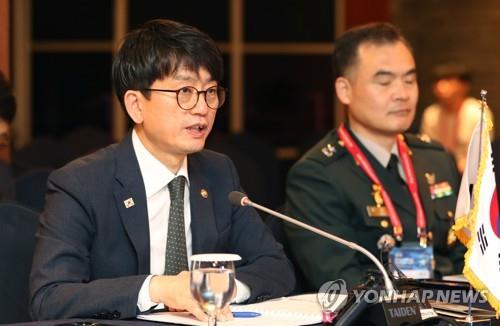 In his meeting with Kim Hyong-ryong, North Korea's Vice Defense Minister of the People's Armed Forces, the Chinese minister assessed that the two countries had "opened a new chapter" in their friendship thanks to several rounds of meetings between their leaders.

Wei Fenghe then called for strengthening strategic communication and pushing for working-level exchanges between Beijing and Pyongyang so as to deepen their military and overall relations further, according to Xinhua.

Kim replied that North Korea hopes to deepen friendly exchanges between their militaries so as to support the development of the bilateral relations, it added.

During the forum on Monday, Kim blamed what he described as hostile acts by the United States and South Korea for the impasse in the peace process on the Korean Peninsula, and called for Seoul and Washington to come up with new solutions, Reuters reported.

Stressing that the situation has relapsed into a "dangerous, vicious cycle" of tensions due to hostilities by Washington and Seoul despite Pyongyang's efforts to build a lasting peace, Kim said the U.S. and South Korea "must refrain from any actions disrupting the stability of the situation, and come up with a new way of solving the problem."

The official also accused South Korea of employing a "double-dealing attitude" where it continues to carry out combined military exercises with the U.S. and buy advanced military equipment.

Earlier this month, Washington and Pyongyang held their first nuclear talks in Stockholm since February's summit between U.S. President Donald Trump and North Korean leader Kim Jong-un in Hanoi collapsed. But the North said the working-level meeting broke down.

Though Pyongyang and Washington reportedly agreed to meet again "within the next two weeks," there has been no news of a subsequent session.

Amid little progress in its negotiations with the U.S., North Korea resumed its major weapons tests this year. So far, it has conducted 11th rounds involving new types of short-range ballistic missiles and multiple rocket launchers as well as a submarine-launched ballistic missile. 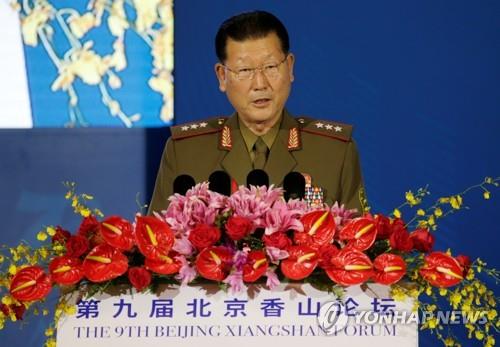