The debut album, "The Dream Chapter: Star," landed at 140 on the Billboard 200 album chart, the highest Billboard chart record ever for any debuting K-pop boy band.

The band, also known as TXT, is the second boy band launched by Big Hit Entertainment.

Like the first album, the second TXT album, which includes the main track "Run Away," delves into an adolescent crisis and friendship.

"Run Away," whose Korean title is translated as "Waiting for You at the platform 9 and 3/4," is a synth pop genre with new wave vibes. 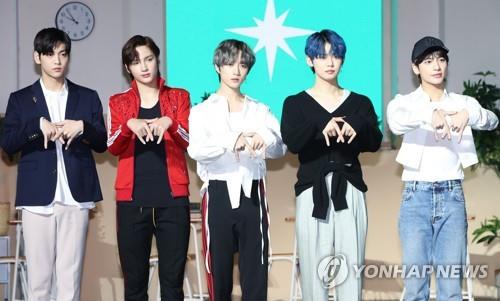 "The platform 9 and 3/4" in the Korean title symbolizes a special hiding place "where nobody but I and my friends are allowed to go," band member Yeonjun said in a press showcase of the new album Monday.

Team leader Soobin said that being the second boy band from Big Hit, the music label, and their wildly successful successor BTS "have given them big wings."

"In order to fly with those big wings, we need to be well-built so we are making efforts and practicing," Soobin said, adding that "TXT will be a junior whom the senior BTS will be proud of."

Going forward, the quintet aims to conquer major music awards events at the end of the year to amass rookie of the year prizes, according to member Hueningkai.

"I also hope that our new album will be as well-loved as was our debut album," he noted. 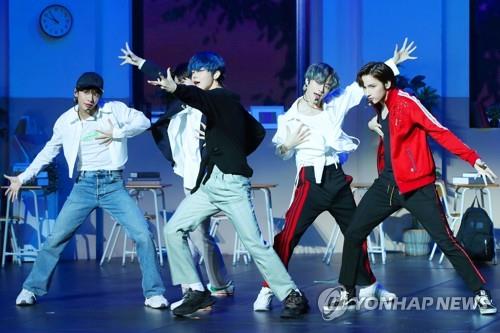