SEOUL, Oct. 21 (Yonhap) -- Doosan Bears' manager Kim Tae-hyung is preparing for his fifth consecutive Korean Series, but his counterpart, Jang Jung-suk of the Kiwoom Heroes, will be in his first Korean Series.

The differences don't end there. Their teams took vastly different paths to the championship final in the Korea Baseball Organization (KBO). The Bears advanced directly to the Korean Series by virtue of winning the regular season title, while the Heroes, who finished third, have had to play two playoff rounds before reaching the Korean Series.

But Kim and Jang do have one thing in common: confidence that their team will be the one hoisting the trophy at the end. 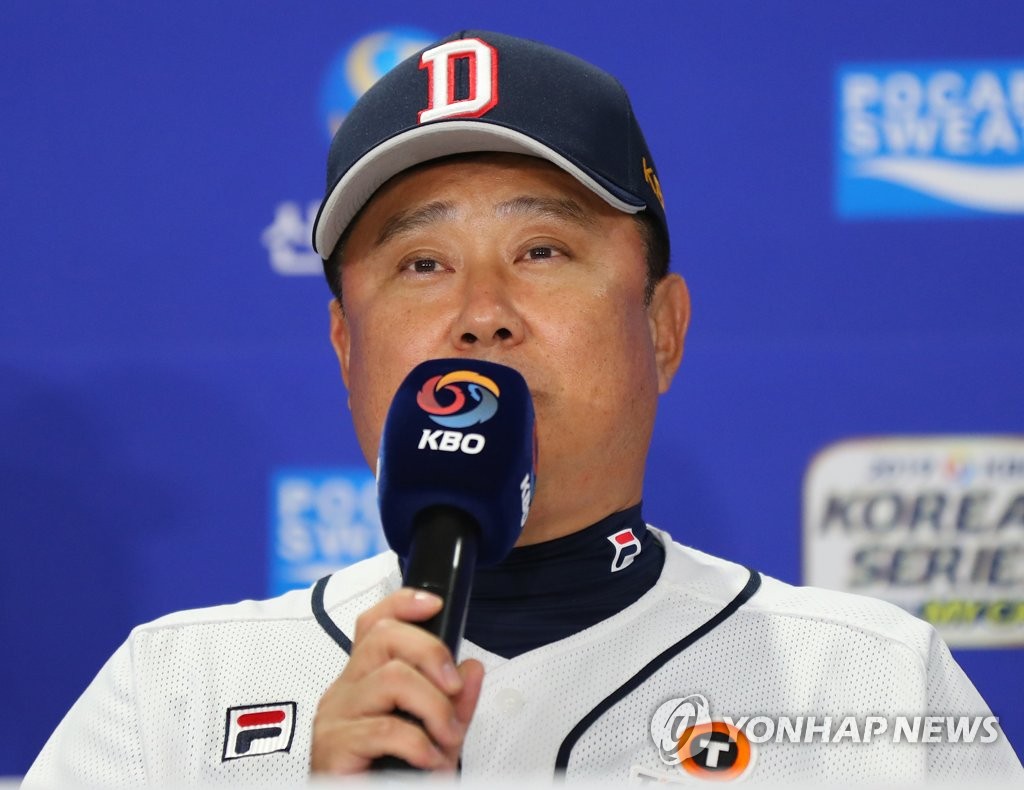 "I've been here for five straight years now, and my mindset is the same," Kim said at the pre-Korean Series media conference on Monday at Jamsil Stadium in Seoul, the Bears' home and the site of the first two games of the best-of-seven series. "We're here to win the championship."

The Bears caught the SK Wyverns for first place on the final day of the regular season on Oct. 1, and Kim said he hoped he'd be able to carry that momentum, despite the three-week layoff before the start of the Korean Series.

Asked how much he celebrated the dramatic finish to the regular season, Kim said, "I enjoyed it just for that one day. After that, I started thinking about what we have to do to win the Korean Series."

Kim, who won back-to-back titles in 2015 and 2016 but fell short in each of the past two Korean Series, spoke with a hint of the urgency of a man with something to prove.

Jang, on the other hand, exuded the "happy to be here" vibe on the podium, as he thanked his staff and players for coming this far into the postseason.

"We've been working toward the same goal of trying to reach the top, and we've arrived at the final hurdle," Jang said. "There's nothing that a manager alone can do. This has been a complete team effort to this point and we'll try to keep it that way." 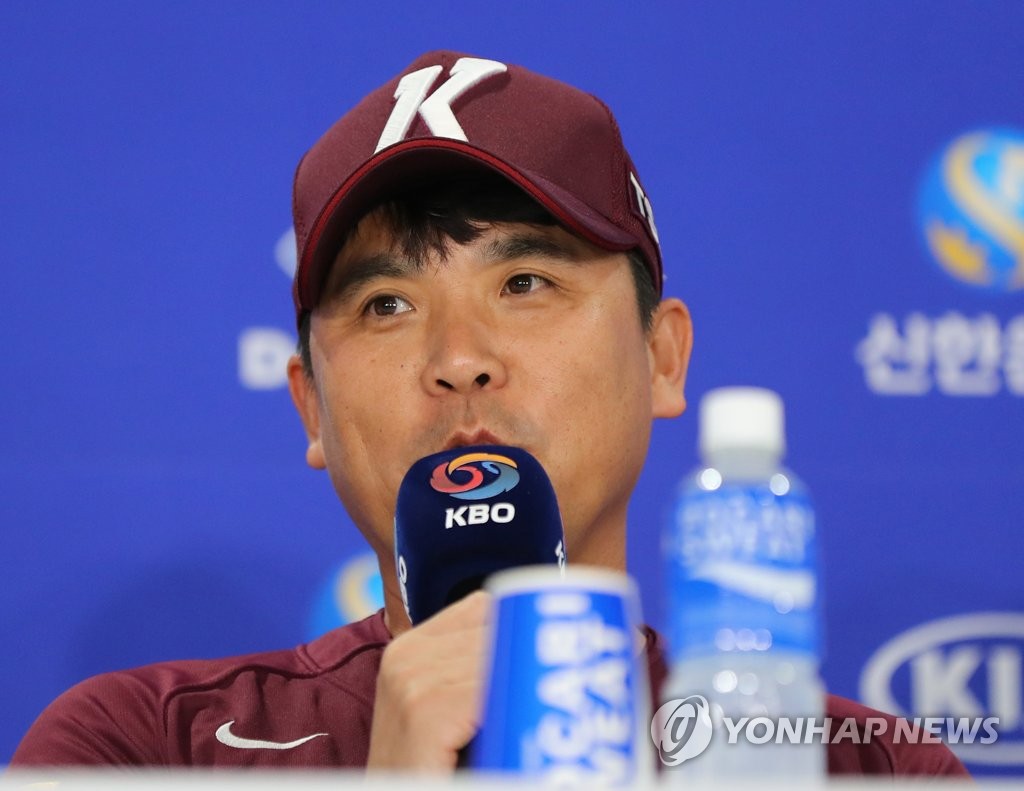 The Heroes won the season series 9-7, the first time they held the regular season edge in Jang's three years as the skipper.

"I just get the sense that we match up well against them and our players compete with confidence against them," Jang said. "If we can continue that trend, we should be in for a competitive series."

Last year, Jang's Heroes came within a win of reaching the Korean Series, losing to the SK Wyverns, the eventual Korean Series winners, in extra innings in the deciding Game 5 of the second round.

This year, the Heroes swept the Wyverns in the second round.

"Throughout this season, I've been thinking to myself that I want to do something that I couldn't do last year," Jang said. "I've been trying to fill that void in my heart."