WASHINGTON, Oct. 21 (Yonhap) -- U.S. President Donald Trump said Monday that "a lot of things are going on" regarding North Korea, as doubts over the regime's will to denuclearize rose after the breakdown of nuclear talks with Pyongyang earlier this month.

During a Cabinet meeting, Trump also mentioned the prospects of a "major rebuild" while touting his engagement with the North, with a renewed claim that if somebody else became president, "you'd, right now, be in a big war."

"Something is going to be happening with North Korea too," Trump said, according to a transcript from the White House.

"There's some very interesting information on North Korea. A lot of things are going on. And that's going to be a major rebuild at a certain point," he added. 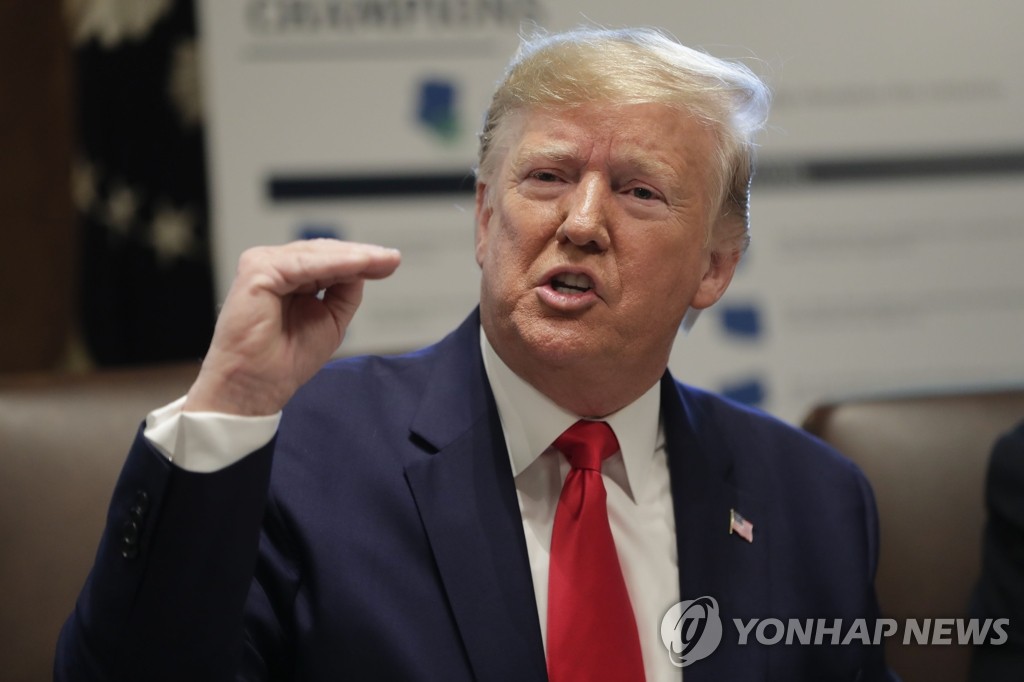 His remarks came amid skepticism over diplomacy with the recalcitrant North, which deepened due to the absence of progress in working-level negotiations that Washington and Pyongyang resumed in Sweden on Oct. 5 after a monthslong pause.

The North declared the negotiations as a breakdown, accusing the U.S. of having come to the table "empty-handed." On the contrary, the U.S. cast the talks as "good discussions" and agreed to Sweden's offer to resume talks with the North in two weeks' time after the Oct. 5 meeting.

Apparently mindful of skepticism over his diplomacy with the North, Trump boasted of his ties with North Korean leader Kim Jong-un.

It remains to be seen whether the North will come out for dialogue anytime soon.

Since the collapse of the latest talks, Pyongyang's state media have called for self-reliance, with observers raising possibilities of the North setting off major provocations, such as an intercontinental ballistic missile, to bolster its bargaining leverage.

Trump's mention of a "major rebuild" appears aimed at highlighting economic benefits that would come with Pyongyang's denuclearization. Washington has repeatedly talked of a "bright future," stressing the North's economic potential.
(END)