SEOUL, Oct. 22 (Yonhap) -- The South Korean government's recent announcement of a plan to adopt an anti-monopoly regulation in the local cinema market has rekindled debate over the issue among local cineastes.

Last week, the Ministry of Culture, Sports and Tourism said it is seeking to put a ceiling on the number of movie screens allotted to a single film as part of its efforts to promote cinematic diversity and foster small and midsize film studios. 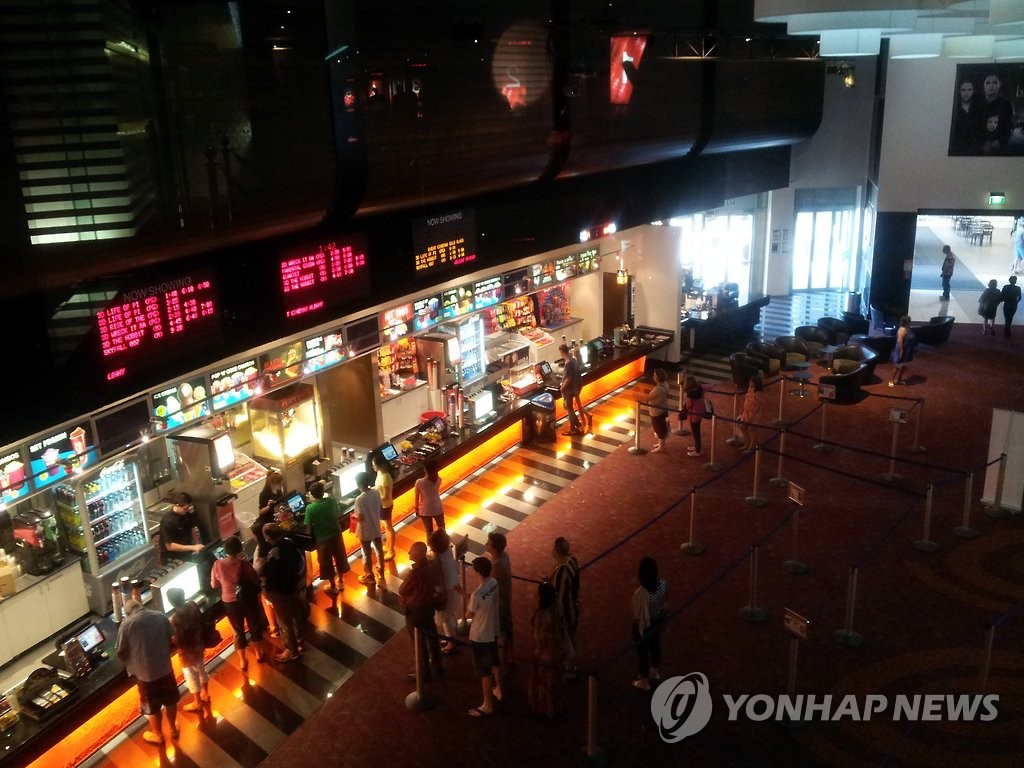 The cap on the number of movie screens that a single title is allowed to be shown on simultaneously is expected to be set at somewhere between 40 and 50 percent of the total screens.

The government's move came as big-budget blockbusters have been dominating more of the South Korean cinema business, the world's fifth-biggest in terms of market share in 2018.

According to the culture ministry, three movies at the local box office accounted for more than half of the country's total screens at one point or another between 2013 and 2015, and the number shot up to 12 in the 2016-2018 period.

The trend seemed to have reached a peak in 2019 when Marvel's "Avengers: Endgame," which opened on April 24, took up about 80 percent of all shows available on local screens during the first week of its release, according to a report published in June by the Korean Film Council (KOFIC).

Another superhero movie, "Captain Marvel," which opened on March 6, took up 61.2 percent of screens in its first week, while the action comedy "Extreme Job," the highest-grossing movie of all time in South Korea, occupied 51.5 percent of screens nationwide following its release on Jan. 23. 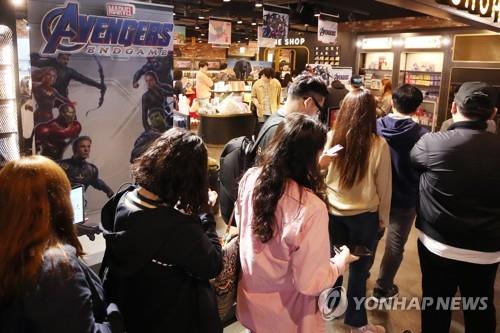 Big multiplexes like CGV and Lotte Cinema oppose the government-led measure, saying that the intervention infringes on the functioning of the market.

Currently, nearly 80 percent of movie screens nationwide are controlled by the two conglomerate-run theaters, and their screening plans can make or break a film.

"We see cases where a single movie exceeds the appropriate level only for a few days in a year," an official from one of the big multiplexes said. "Drawing the line undermines the private firms' autonomy."

Experts, however, said dealing with the screen monopoly is an urgent issue as low-budget movies have been losing their prominence in the monopolized film market and movie fans are also deprived of their ability to see them.

Out of more than 1,600 films produced last year, only 728 pieces were given the chance to be shown more than 40 times at one theater or to be screened at art house and independent movie-only theaters.

"Blockbuster movies have usually swept local screens in peak season, while unpopular small films are never given an opportunity to be shown," film critic Kang You-jin said. "It's not a matter of the season, it's about the future of the South Korean film industry."

A growing sense of crisis has been felt in the movie industry recently, as the total movie audience in South Korea fell to a seven-year low of 18 million people in August.

The latest KOFIC data showed that out of the top 50 box office hits through September 2019, only 14 films have surpassed the breakeven point, including "Extreme Job" and the award-winning "Parasite."

"I think this is the right time for the film industry to take action so as to ease the monopoly and diversify the market," said Kang, the film critic. "The government has to keep its ear to the ground and map out details like the exact percentage and screen allocations."