SEOUL, Oct. 22 (Yonhap) -- There were dropped pop flies, a mistimed slide to catch a fly ball, a chopper going off the glove of an infielder, a baserunning blunder, and miscommunication between a pitcher and his first baseman trying to field a sacrifice bunt attempt. Also, a pitcher was nailed by a throw by from own catcher who was trying to catch the would-be base stealer at second.

Welcome to the 2019 Korean Series, South Korean baseball supposedly at its finest. 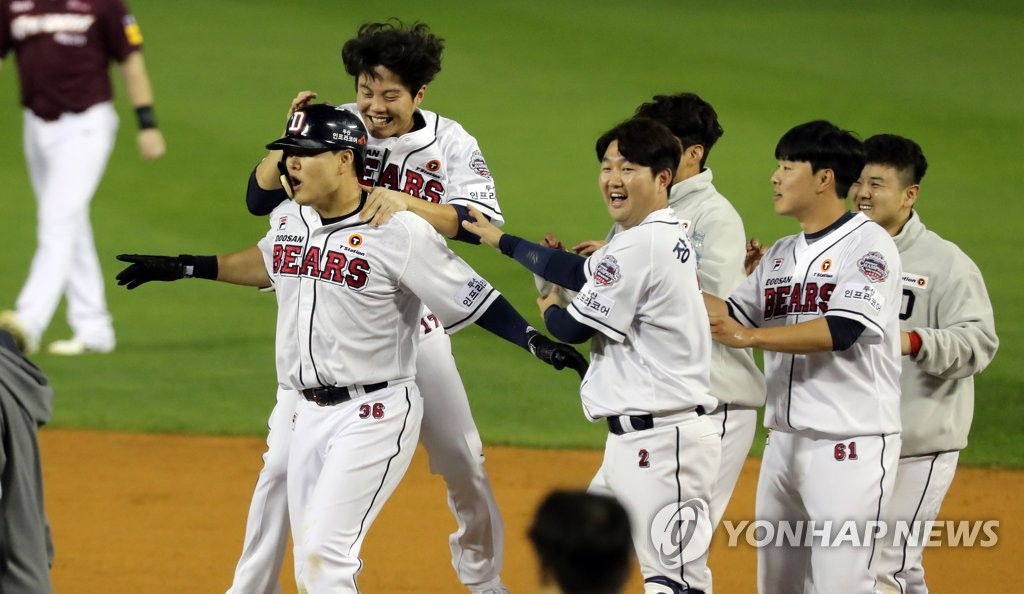 The Doosan Bears defeated the Kiwoom Heroes 7-6 thanks to Oh Jae-il's game-winning hit in the bottom of the ninth inning at Jamsil Stadium in Seoul. There was enough offense on both ends to make this an entertaining show on the surface, but timely hits and some fine defensive stops were negated by plays so shoddy that you wouldn't expect to see them in a championship game.

The strangest of them all came in the bottom of the fourth inning. Kiwoom starter Eric Jokisch was in the midst of giving up four runs. After throwing one well out of the strike zone, Jokisch looked upward in frustration, not knowing a runner at first was on the move and his catcher, Park Dong-won, was about to throw to second.

Park's throw missed badly and struck Jokisch on the left side of his face. The pitcher stayed down for a few moments in obvious pain, but somehow stayed in the game. X-rays were negative.

A batter before that, with the Heroes trailing 3-1 in the bottom fourth, their third baseman Kim Woong-bin couldn't field a grounder off the bat of Park Kun-woo. As the ball rolled into shallow left field, Kim Jae-ho alertly scored all the way from second to put the Bears up by three. 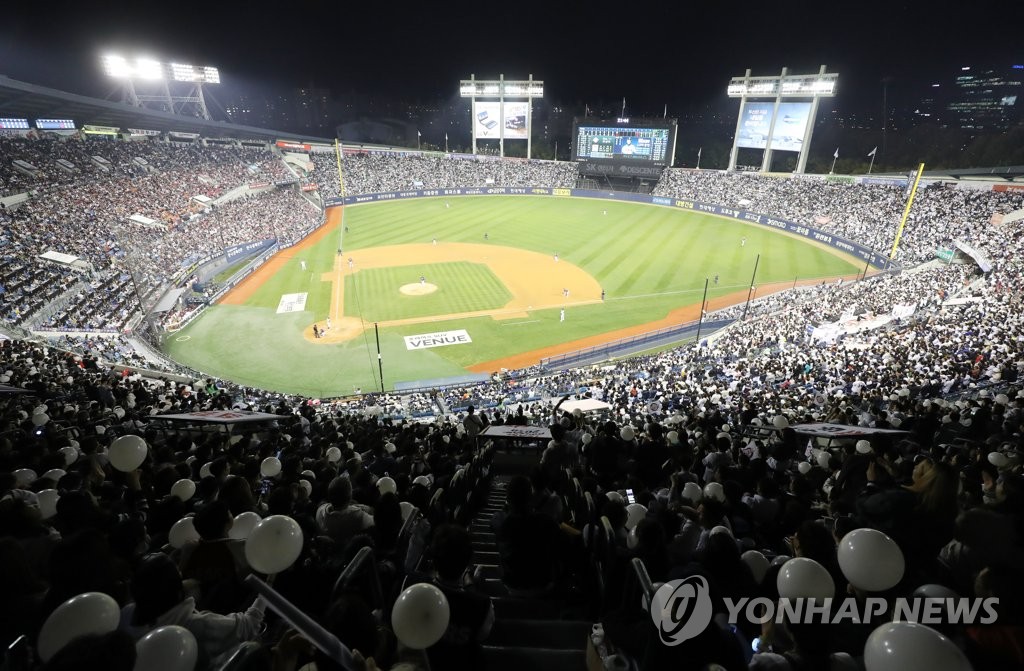 After getting hit by friendly fire, Jokisch gave up a double to Jose Miguel Fernandez. The hit was scored as a two-bagger, but left fielder Kim Kyu-min could have kept it to a single, if he hadn't missed so badly on his sliding catch attempt and let the ball bounce past him and roll all the way to the track.

The game's first dropped pop up came in the top seventh, as Doosan first baseman Oh Jae-il and catcher Park Sei-hyok couldn't decide who wanted to catch a fly by Kim Ha-seong.

The ball fell for an error charged to Oh, and Kim later scored a run that cut the deficit to 6-5. The Heroes would tie the game later in the same inning.

There were more odd developments in the fateful bottom of the ninth.

It began with Kiwoom shortstop Kim Ha-seong failing to catch a pop fly. He appeared to be covering lights with his glove and never seemed to locate the ball as he backpedalled.

The next batter, Jung Soo-bin, tried to move over the runner with a sacrifice bunt. It rolled toward the first base side, and first baseman Park Byung-ho and pitcher Oh Ju-won nearly collided before Oh picked up the ball. Jung beat the throw with a headfirst slide. 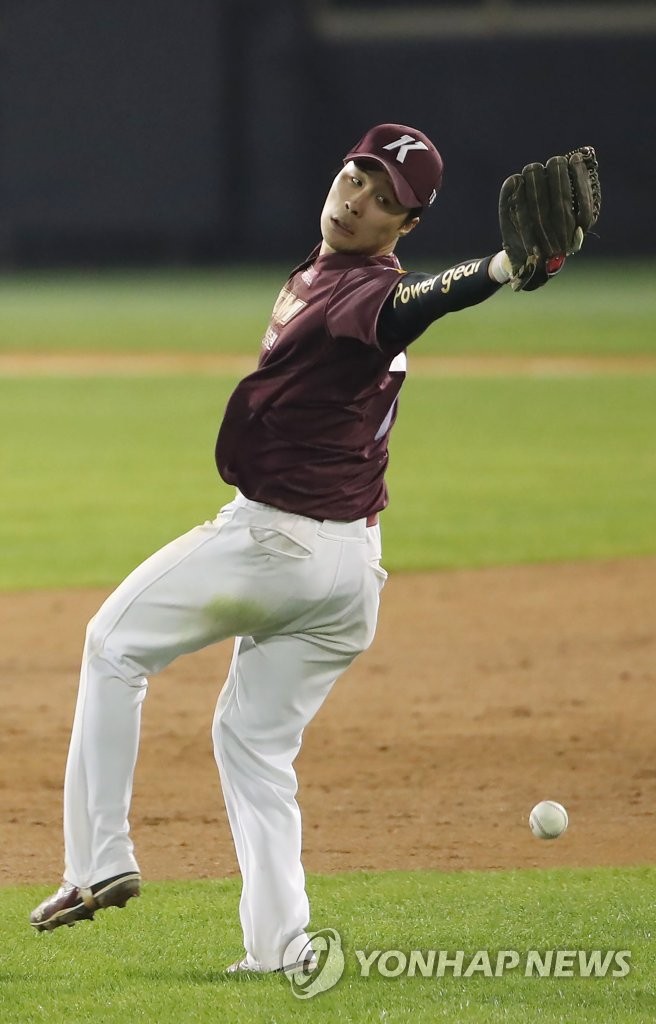 Fernandez grounded one back to the mound and appeared to advance the runners to second and third. But in such a bizarre game, nothing was given.

The Heroes called for a video review on Fernandez's path toward first base, believing he'd run out of his three-foot lane and stepped on the infield grass in the fair territory. They won the challenge, and the two runners had to be called back to second and first bases.

Two batters later, Oh Jae-il put an end to the chaotic contest with a game-winning single.

If this is how the two teams are going to duel the rest of the best-of-seven series, fans will have to buckle up and brace for long and strange rides.