SEOUL, Oct. 23 (Yonhap) -- South Korea and Russia were to hold a meeting of their joint military committee Wednesday to discuss the establishment of a military hotline as part of efforts to prevent accidental entry into each other's air defense identification zone, government sources said Wednesday.

The planned meeting, set to be held for two days until Thursday in Seoul, comes a day after six Russian military aircraft entered the Korean Air Defense Identification Zone (KADIZ) over waters surrounding the Korean Peninsula four times without prior notice, prompting the Air Force to scramble around 10 fighter jets to turn them back.

Moscow, however, denied any violations, saying that its long-range aviation pilots regularly perform flights "in strict compliance with" international rules.

"During the talks, we will discuss ways to better exchange the flight information so as to prevent accidental clashes in the ADIZ, among others," the source said.

South Korea, once again, will lodge a complaint over Tuesday's incident and call on Russia to come up with measures to prevent any recurrences, another military source noted.

In its report submitted to the National Assembly for a parliamentary audit, the Joint Chiefs of Staff (JCS) said Seoul and Moscow are scheduled to hold the committee meeting "to discuss the signing of a memorandum of understanding on the establishment of the hotline to exchange their flight information." 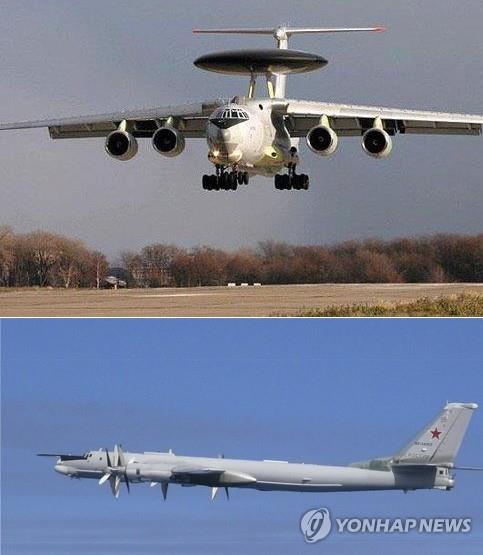 So far this year, Russia violated the KADIZ 20 times.

On July 23, its A-50 aircraft also intruded into the South Korean airspace over Dokdo, leading the Air Force to fire hundreds of warning shots, in the first such case ever for South Korea.

The air zone is not part of a country's airspace and not bound by international law.