Hyundai Mobis has recently partnered with Velodyne Lidar, a world-leading LiDAR sensors provider, in order to mass-produce Level 3 autonomous driving systems by 2021. Its investment in a stake of Velodyne has yet to be made, the company said in a statement.

LiDAR is shorthand for light detection and ranging and a key ingredient in the overall sensing package required to make autonomous cars a reality.

Hyundai Mobis aims to develop its own sensing technologies through partnerships with other companies at home and abroad.

In related efforts, Hyundai Mobis joined Hyundai Motor Co. and Kia Motors Corp. last month to invest a combined US$2 billion in a 50:50 joint venture with Ireland-based autonomous vehicle startup Aptiv to develop a self-driving platform with Level 4 to 5 autonomous technology by 2022 and supply it to global car makers.

The $4 billion joint company, to be headquartered in Boston, will be set up next year. 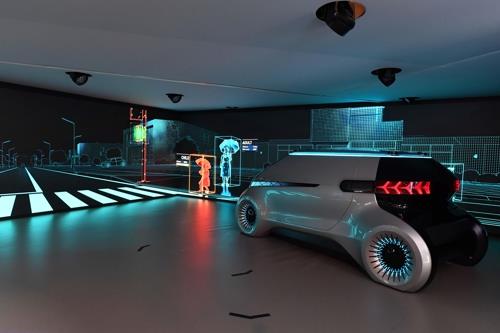