SEOUL/TOKYO, Oct. 23 (Yonhap) -- Prime Minister Lee Nak-yon has said he has the goal to set the tone for South Korea and Japan to facilitate dialogue when he meets Japanese Prime Minister Shinzo Abe this week.

Lee plans to meet Abe on Thursday in Tokyo amid frayed relations between the two neighboring countries over Japan's wartime forced labor and its subsequent imposition of export curbs against Seoul.

The prime minister, who began his three-day visit to Japan on Tuesday, expressed hope that his meeting with Abe could set the stage for the two nations to have dialogue on a "strong" note.

The meeting is scheduled at 11 a.m. for about 10 minutes at Abe's residence, according to Lee's office.

Lee plans to deliver a personal letter by President Moon Jae-in to Abe. Details about the letter were not disclosed, but it probably contains Moon's expression of his commitment to improving bilateral relations.

"My goal is to make an atmosphere that could spur dialogue (between the two nations) at maximum," Lee told reporters at a hotel in Tokyo on Tuesday.

He said it is still not easy to find quick solutions to mend the sour relations between Seoul and Tokyo.

"It is not a situation that a few words can resolve dramatically. In particular, it will be (difficult to discuss) specifics at a meeting with Abe," Lee said. 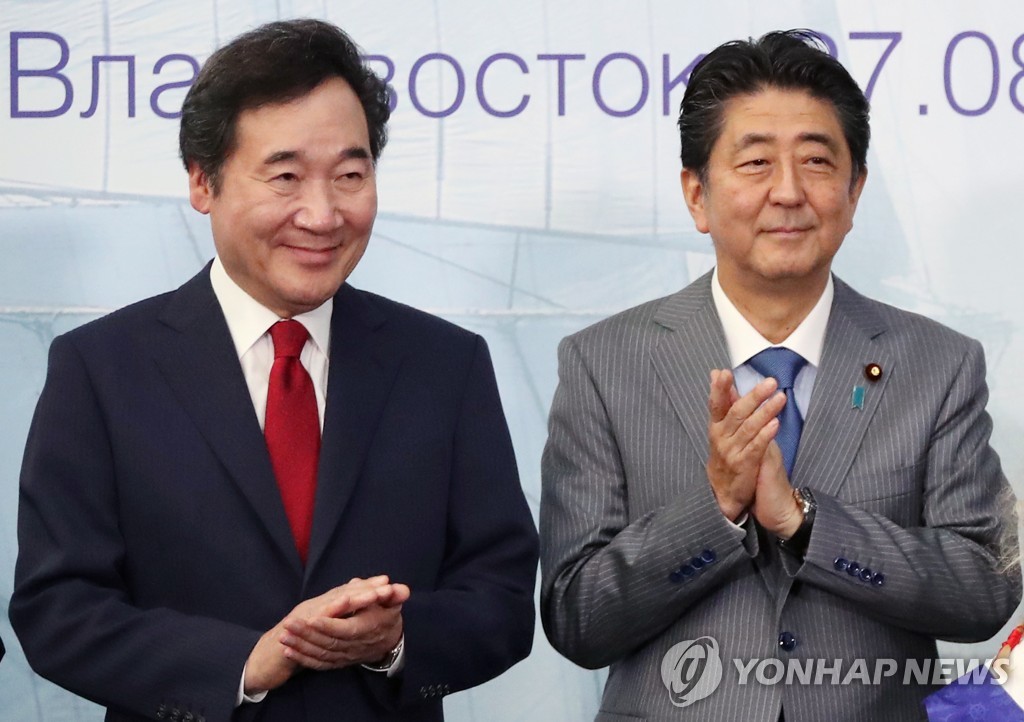 The relationship between the South and Japan fell to one of the lowest points following the Korean Supreme Court's 2018 orders for Japanese firms to compensate Korean victims of Tokyo's forced labor during its 1910-45 colonial rule of the Korean Peninsula.

On Aug. 22, the South decided not to extend the General Security of Military Information Agreement (GSOMIA) with Japan, a military intelligence-sharing pact, citing Tokyo's refusal to accept Seoul's dialogue proposals.

Experts hope that Lee's trip could pave the way for President Moon Jae-in and Abe to hold a summit this year.

But they also remain cautious about excessive optimism about the Lee-Abe meeting, given a sharp difference in stances by Seoul and Tokyo over key contentious issues.

Major factors that would affect bilateral ties will be whether the South will let GSOMIA expire on Nov. 23 and whether the legal process to liquidate Japanese firms' assets in Korea will start this year.

Earlier in the day, Lee had a hectic schedule to meet Japanese politicians and college students.

He met with Natsuo Yamaguchi, chief of the Komeito party, junior coalition partner of the ruling Liberal Democratic Party, and Yukio Edano, head of the Constitutional Democratic Party. Lee also had a meeting with former Prime Minister Yoshiro Mori, president of the organizing committee for the Tokyo 2020 Olympics.

Lee also had a town hall meeting with around 20 Japanese college students at Keio University to discuss ways to develop Seoul-Tokyo relations. 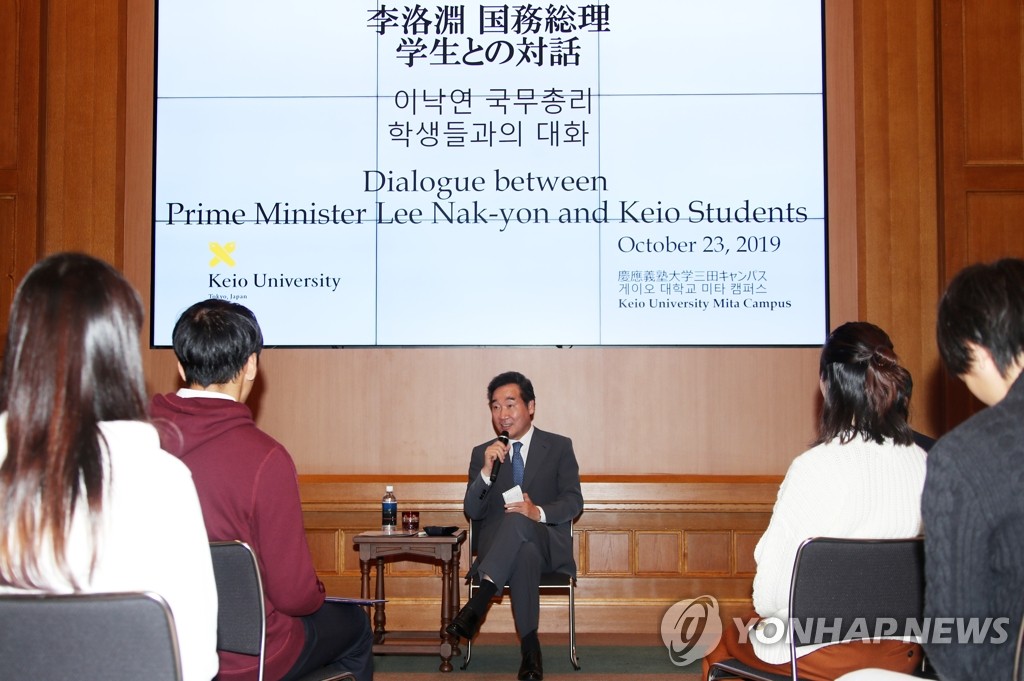