SEOUL, Oct. 23 (Yonhap) -- Audi Korea on Wednesday launched the all-new A6 sedan in South Korea to revive sales that have been lackluster following the diesel emissions cheating scandal in 2016.

The new A6 45 TFSI quattro is equipped with a 2-liter 4-cylinder direct injection gasoline engine that produces 252 horsepower and 37.7 kilogram-force meters of torque. It comes with a seven-speed automatic transmission, the company said in a statement.

"It marks the beginning of a new captor for Audi Korea, and we will continue to bring the most aggressive cars to customers," Audi Korea Executive Director Jeffrey Mannering said in a press conference.

Audi Volkswagen Group resumed sales in Korea in early 2018 after suspending normal operations in 2016 following an emissions cheating scandal. In January this year, the carmaker again suspended sales due to its "internal approval process" for relaunching its vehicles in Korea, resuming operations in mid-May.

The group has been struggling with weaker sales in Asia's fourth-biggest economy as consumers choose other imported brands, such as Mercedes-Benz and Lexus over Audi and Volkswagen models.

Sales of Audi and Volkswagen vehicles plunged 64 percent to 7,843 units in the January-September period from 21,904 a year earlier, according to the Korea Automobile Importers and Distributors Association (KAIDA).

Bentley sales also declined 65 percent to 73 in the first nine months from 208 a year ago. In contrast, Lamborghini sales jumped to 106 from seven during the same period, KAIDA said. 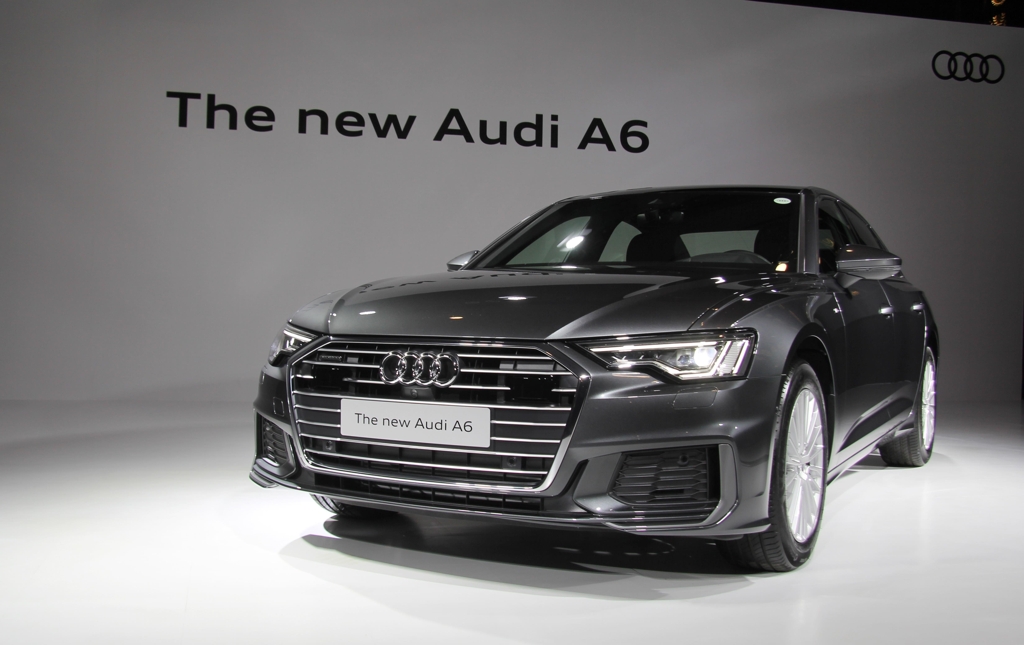 Audi launches new A6 in S. Korea to revive sales

Audi launches new A6 in S. Korea to revive sales