SEOUL, Oct. 23 (Yonhap) -- A three-year suspension on a former PGA Tour player who made an obscene gesture at fans during a Korean tournament has been cut to one year.

The Korea Professional Golfers' Association (KPGA) decided to reduce the penalty on Kim Bi-o after a board of directors meeting Wednesday.

The KPGA board upheld the previous fine of 10 million won (US$8,350), and ordered Kim to complete 120 hours of community service.

Kim will be eligible to return to the tour next year. 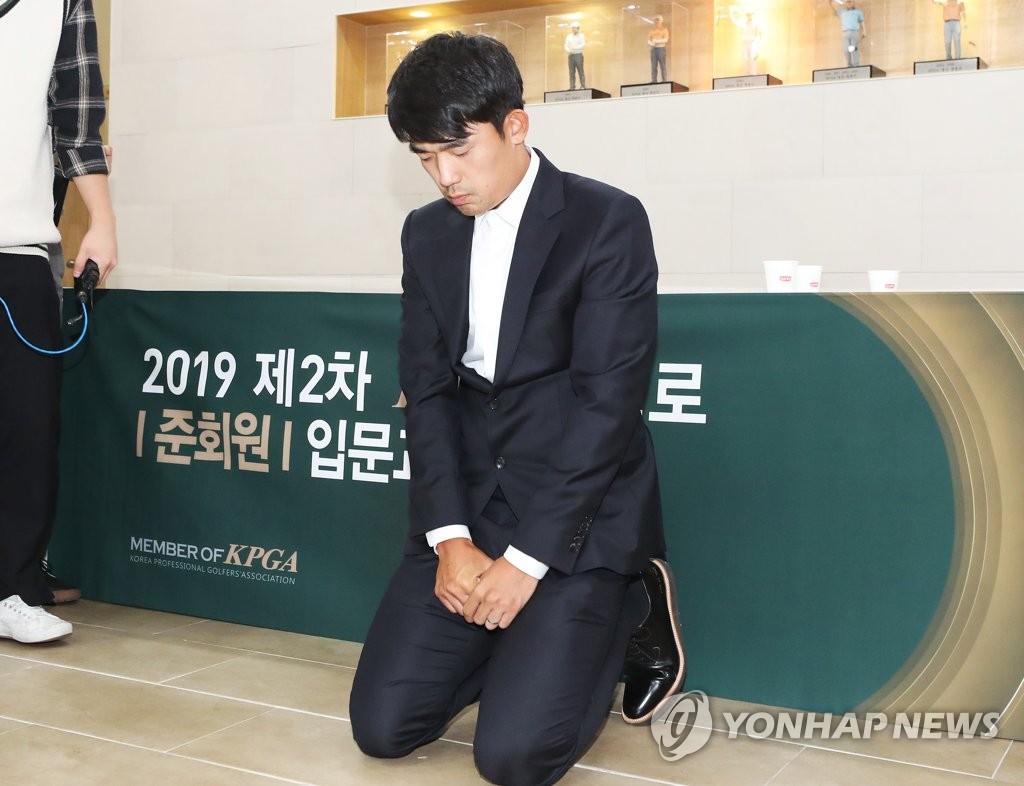 Kim was disciplined Oct. 1, two days after raising his middle finger in the direction of fans during the final round of the Korean Tour's DGB Financial Group Volvik Daegu Gyeongbuk Open in Gumi, 260 kilometers southeast of Seoul.

The incident happened at the 16th tee, where Kim reacted angrily to the sound of a cellphone camera going off on his downswing.

Kim, who was nursing a one-stroke lead, sent his tee shot only about 100 yards. He then turned to his right and flipped the bird, as he slammed down his driver in anger. The moment was captured on live television.

Kim held on to win the tournament and became the first two-time champion on the domestic tour this year. He apologized after the win for losing his cool, but the KPGA acted swiftly to penalize him.

The KPGA's decision itself was met with criticism, with Kim's supporters saying fans were in the wrong for taking pictures during a swing and the golfer was right to be so upset.

Kim swept the Korean Tour's Player of the Year and Rookie of the Year in 2010 while also taking home the money title and scoring title.

He earned his PGA Tour card for 2011 through the qualifying tournament but lost it after one season. He spent a couple of seasons on the developmental Web.com Tour (currently Korn Ferry Tour) before returning to the Korean Tour full time in 2014.