SEOUL, Oct. 23 (Yonhap) -- The heads of state of South Korea and Spain agreed Wednesday to strengthen cooperation between the two countries in tourism and overseas construction markets.

President Moon Jae-in hosted King Felipe VI, the first Spanish king to visit South Korea since a trip by his predecessor, Juan Carlos I, in October 1996.

"There are many fields for the two countries to cooperate with each other in," Moon said at the start of the summit.

He said he expected great synergy to arise from partnerships in high-tech sectors like self-driving cars and smart cities.

"Spain is in pursuit of the digitalization of its industries. South Korea is also walking the path of innovative growth with a focus on new industries such as future cars, system semiconductors and bio-health," he pointed out. Pool reporters were escorted out of the room ahead of the king's opening remarks.

During the summit, they noted that the two countries have developed "close, friendly and cooperative relations" in various fields, including politics, economy, culture and people-to-people exchanges, since the establishment of formal diplomatic ties in 1950, according to Cheong Wa Dae.

They agreed to further expand mutually beneficial ties, especially as they will celebrate the 70th anniversary of the bilateral diplomatic relationship next year, it added. 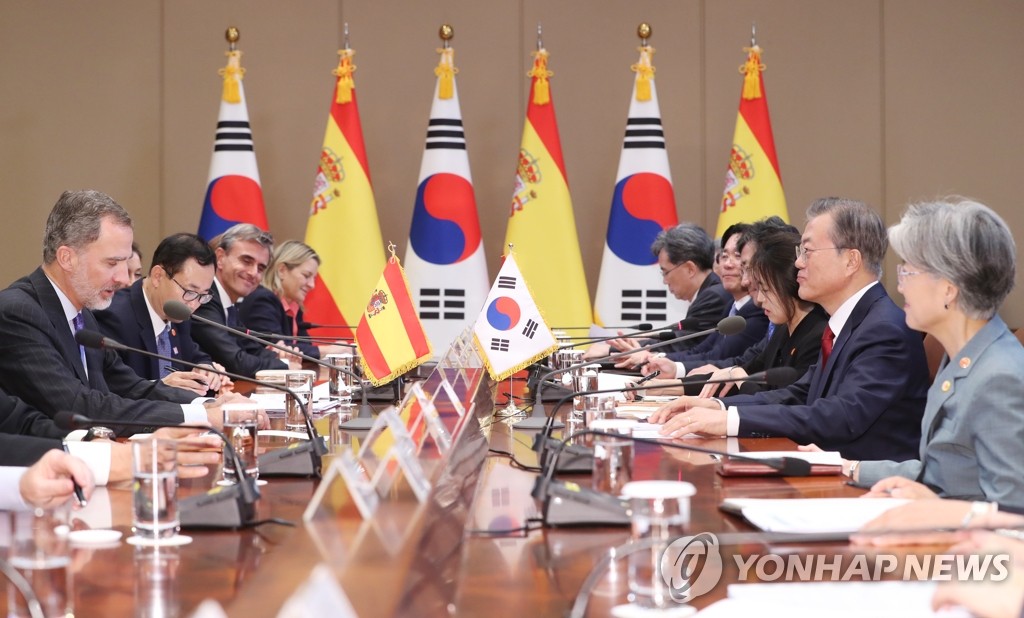 They agreed to broaden partnership in construction in third nations. South Korean and Spanish firms have teamed up in 56 construction projects in 23 nations under contracts worth a total of US$12.9 billion as of last month.

He expressed hope that the fair will serve as a chance for more Spanish people to get to know about South Korea and visit it.

Around half a million South Koreans travel to Spain a year, while only about 27,000 Spanish people visit here.

Following the summit, the two sides signed two memorandums of understanding on tourism cooperation and investment.

The king has been engaged in many internal and external activities associated with Spain's economy so as to earn the nickname of the nation's "special envoy for economic cooperation," a Cheong Wa Dae official told reporters.

He is scheduled to attend a South Korea-Spain business forum, together with Moon, in Seoul on Thursday. 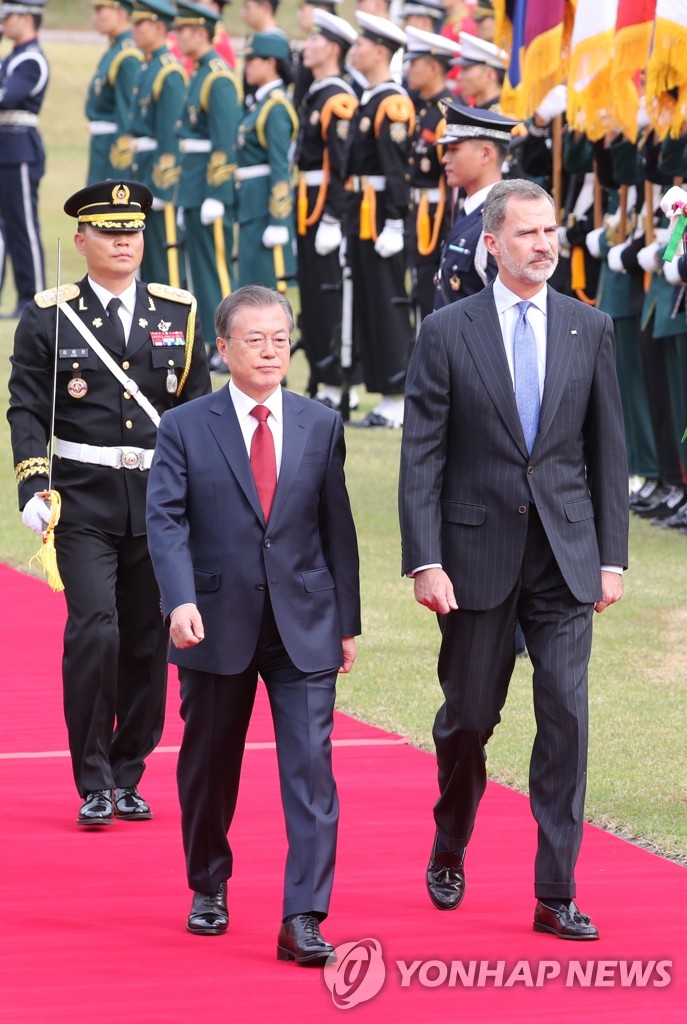