SEOUL, Oct. 23 (Yonhap) -- Kiwoom Heroes infielder Song Sung-mun has apologized for crossing the line with expletive-laden trash talk directed at opposing players from the Doosan Bears during Game 1 of the Korean Series from Tuesday.

In a video clip posted on a portal site and since taken down, Song, 23, was heard wishing injury on Doosan players, saying things like, "He just blew out his elbow!" and "He's going to have surgery on his hamstring today and he'll be out for two years!" 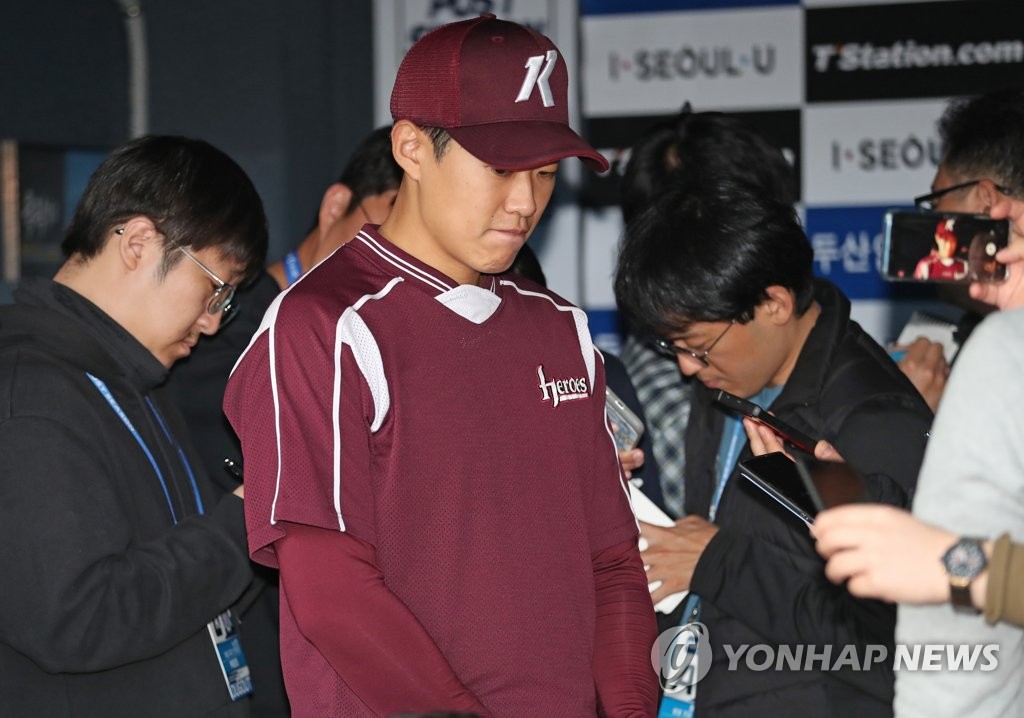 The video went viral across online communities and caused an uproar among fans of the Bears and other teams in the Korea Baseball Organization (KBO). They said Song had gone too far with his comments and that Song's veteran teammates are also to blame for not holding him back.

"I'd like to apologize for my actions last night and I am sorry for letting down fans of the KBO," Song said in a hastily-scheduled press conference in the visitors' dugout at Jamsil Stadium in Seoul on Wednesday, about an hour before Game 2.

Asked if he'd personally apologized to Bears' players, Song said, "I wanted to do that as soon as I came to the stadium today, but they said they didn't want to deal with the issue before such an important game. I'll reach out to them when the series is over."

Doosan shortstop Kim Jae-ho, who was lifted during Game 1 with leg cramps and was the target of Song's ridicule, said professional athletes should always watch what they say.

"I think veterans should have stepped in, and their clubhouse must be really loose," Kim said. "I guess that's the kind of team they are. Sung-mun must have thought he could fire up his team that way." 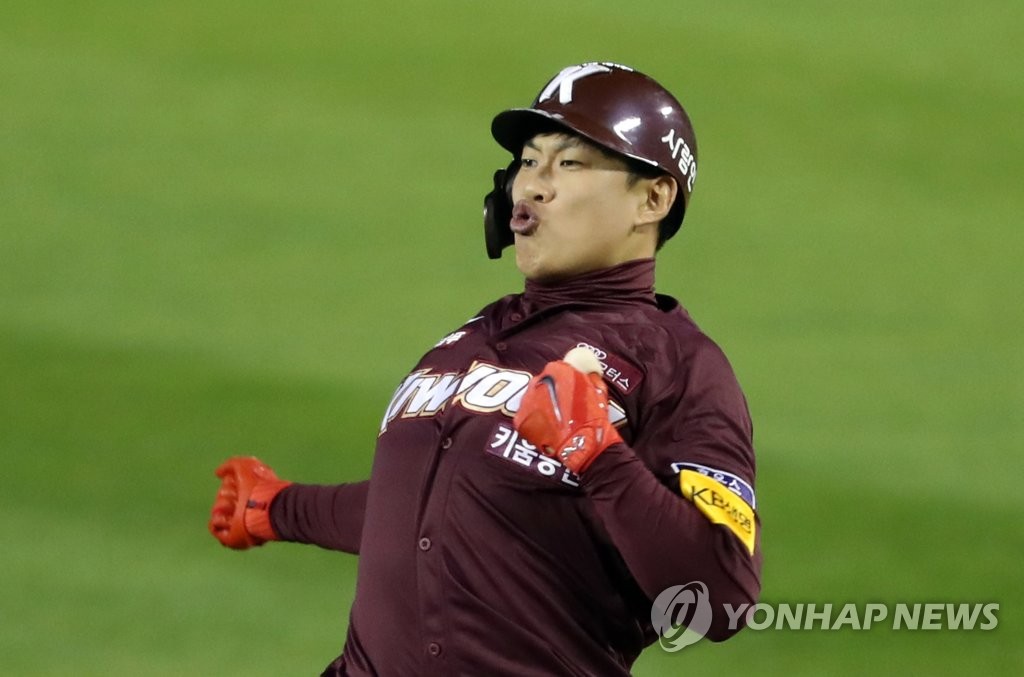 "I didn't see the video. I just read about it," the manager said in his pre-game interview. "I don't think it affects our team one way or another."

The KBO said it had hired a filming crew to shoot dugouts and capture some candid moments during Korean Series games, and that it hadn't given the crew any permission to upload video clips online.