The police also affirmed that officers have been given orders to swiftly arrest people attempting to break into diplomatic compounds regardless of their sex.

Regarding the U.S. ambassador residence, the police said they plan to install additional security systems, like cameras, to prevent future incidents. 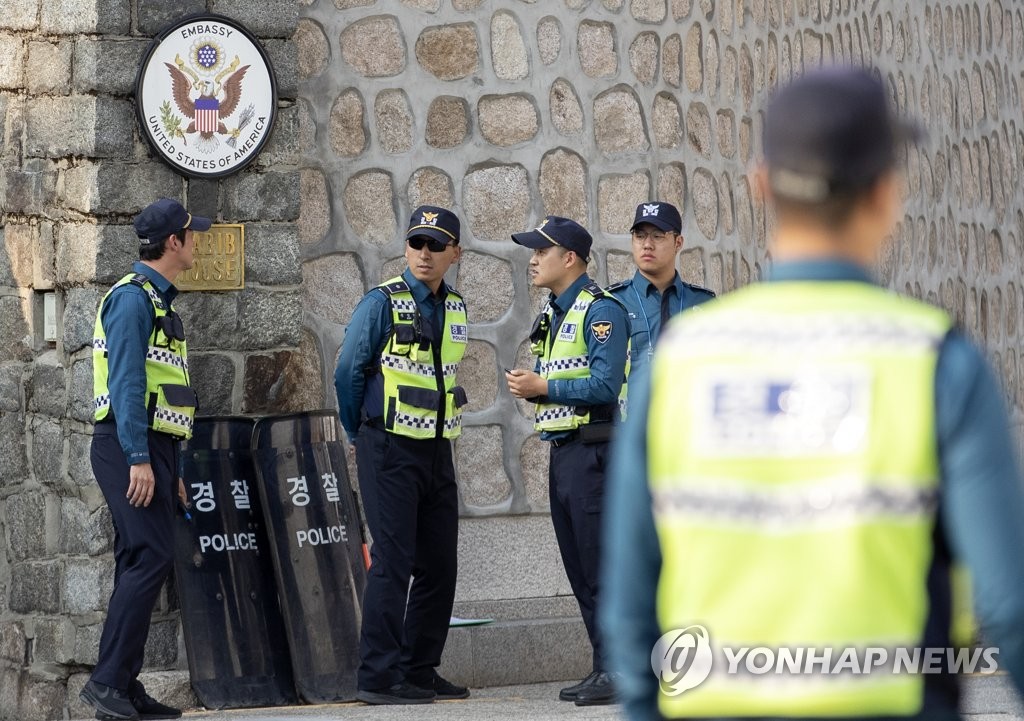 The move comes after seventeen members of a progressive college student group used ladders to climb over the walls to break into U.S. Ambassador Harry Harris' residence in central Seoul.

Four of the students are in custody.

The students were protesting Washington's call for Seoul to sharply increase its share of the cost for keeping the 28,500-strong U.S. troops in South Korea.

The residence was vacant when the students broke in, with the top diplomat and his wife attending a reception hosted by President Moon Jae-in at the presidential office Cheong Wa Dae.