SEOUL, Oct. 23 (Yonhap) -- In baseball, there are few slump busters quite like a walk-off hit.

In Game 2 of the Korean Series on Wednesday, Doosan Bears' Park Kun-woo came through with the game-winning hit in the bottom of the ninth against the Kiwoom Heroes. His single completed the Bears' miraculous comeback from a 5-3 deficit, and gave his team a solid 2-0 series lead in the best-of-seven championship final. 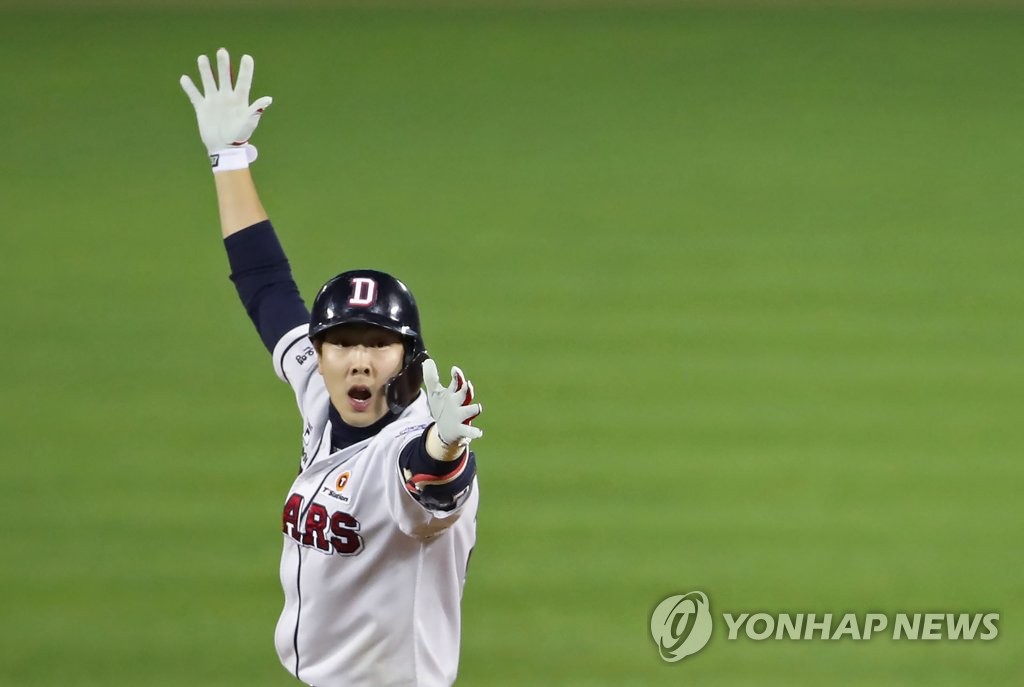 The hit also made the Bears the first club to win two straight Korean Series games in its last at-bat.

Park, the Bears' leadoff man, had been just 1-for-9 in the Korean Series before that ninth-inning single. In Game 1, he was 0-for-5 and reached base twice on Kiwoom's fielding errors.

In Wednesday's Game 2, he flied out in three straight at-bats, as the Bears struggled to cash in with runners in scoring position.

Park's first hit of the series came with one out in the bottom eighth, with the Bears trailing 5-2. Park later came home on a fielding error by Kiwoom second baseman Kim Hye-seong.

For the Bears, No. 6 hitter Heo Kyoung-min led off the bottom ninth against closer Oh Ju-won, who came in with 6 1/3 scoreless innings to his credit this postseason. It didn't seem like Park would even get a chance to bat in the inning. 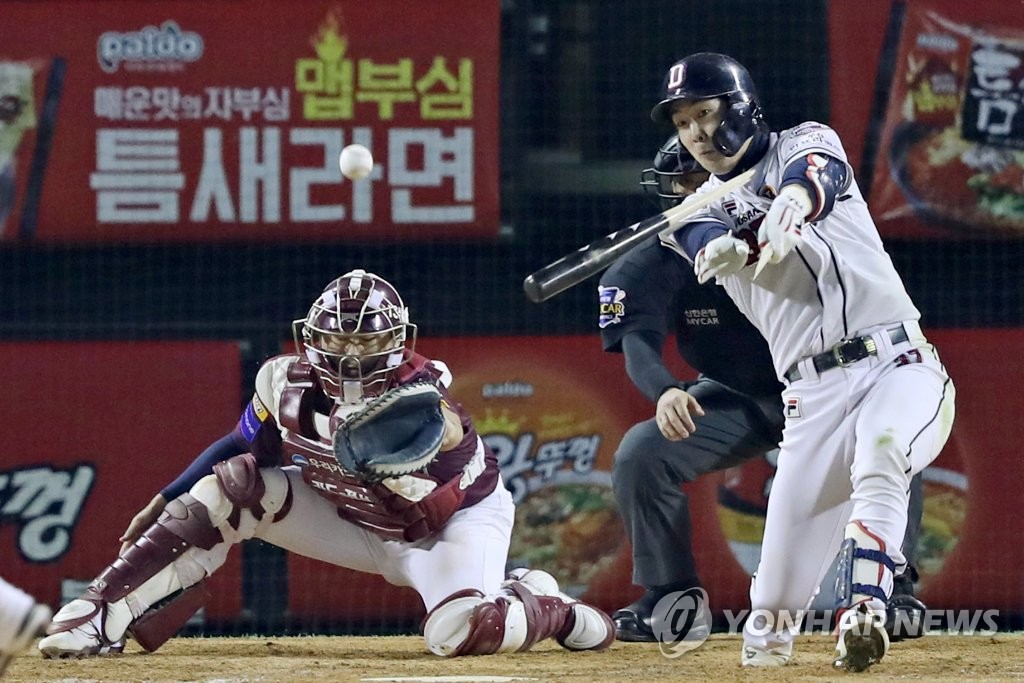 But Heo singled off Oh, and then Oh Jae-won followed with a double to quickly put tying runs aboard for the Bears.

A single and a sacrifice fly tied the score at 5-5, with Park coming to the plate against new reliever Han Hyun-hee.

The Bears had pinch runner Ryu Ji-hyuk at first when Park stepped into the box, and Ryu moved to second on Han's wild pitch.

From 1-1 count, Han offered three straight sliders at Park, who drove the 2-2 pitch up the middle for the game winner.

Park was overcome with emotions after finishing the game. The player said he'd been disappointed with himself for his postseason struggles, dating back to last year, and said he still has long way to go to make up for hitless games.

"I just wanted to get the ball in the air," Park said of his last at-bat. "I couldn't believe that I had such a huge opportunity to win the game for the team. The game was already tied, and so I knew that we could at least get the game to extra innings even if I didn't get a hit. I was able to stay calm that way."

Park was 1-for-24 over six games in last year's Korean Series.

"I don't think I've exorcised all the demons with this one game," Park said. "I hope I can be called a big-game player soon.

Doosan manager Kim Tae-hyung said Park must continue to be the key to his team's offense.

"I didn't think he was swinging the bat that poorly. I told him he should trust his swing and go after pitches with confidence," Kim said. "I think he'll continue to hit well from here on."

(LEAD) Leadoff man breaks out of slump with clutch hit

(LEAD) Leadoff man breaks out of slump with clutch hit