SEOUL, Oct. 24 (Yonhap) -- South Korea and the United States held a fresh round of negotiations in Hawaii this week on the sharing of the cost for the upkeep of American troops on the peninsula, Seoul's foreign ministry said Thursday.

The two-day talks began in Honolulu on Wednesday (local time) with both sides bracing for yet another grueling tug of war over how much South Korea should pay next year and beyond for the stationing of the 28,500-strong U.S. Forces Korea (USFK).

Seoul has suggested a "reasonable and equitable" share in response to Washington's call for a hefty rise in its contributions.

South Korea's top negotiator, Jeong Eun-bo, and his U.S. counterpart, James DeHart, met face to face for the first time. The first session of the negotiations in Seoul was attended by Jeong's predecessor, Chang Won-sam, as Jeong had not been officially appointed.

The allies have been under pressure to reach the 11th Special Measures Agreement (SMA), a bilateral cost-sharing deal, as the 10th SMA, struck in February, is set to expire on Dec. 31.

In this week's talks, Seoul and Washington may face off over a series of contentious issues, including the amount of Seoul's payments, the duration of the new SMA and other specific items that will be covered by the cost-sharing arrangement. 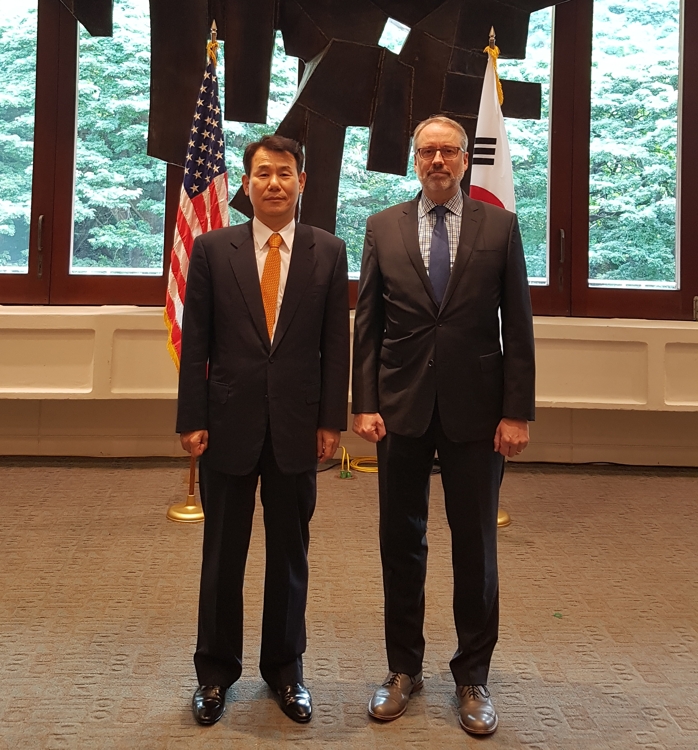