SEOUL, Oct. 24 (Yonhap) -- One pitcher will try to put his team within a win of taking the championship. His counterpart will look to keep his team's fading title hopes alive.

With a 2-0 lead in the best-of-seven Korean Series, the Doosan Bears will have American right-hander Seth Frankoff start Game 3 against the Kiwoom Heroes on Friday. The first pitch is at 6:30 p.m. at the Heroes' home, Gocheok Sky Dome, in Seoul. 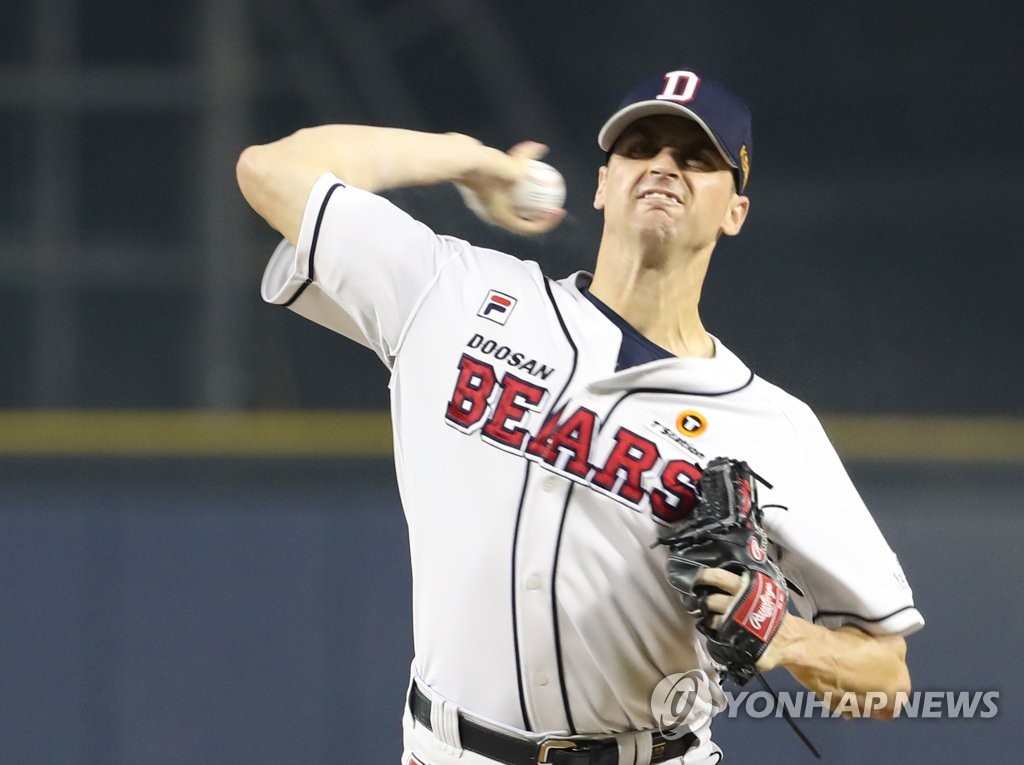 The Heroes will send their own American right-hander, Jake Brigham, in pursuit of their first win of the series.

The Bears captured the first two games in walk-off fashion and can take a stranglehold with another victory Thursday. No team has rallied from a 3-0 deficit to win the Korean Series.

Brigham hasn't given up a run in 12 postseason innings this year. He made one regular season start against the Bears on June 7 and took the loss after giving up four runs on seven hits in five innings.

But Brigham pitched well at Gocheok Sky Dome in the regular season, with a 5-2 mark and a 2.33 ERA.

The bullpen keyed the Heroes' run to the Korean Series, but their usually reliable closer, Oh Ju-won, has been roughed up in the first two games of the Korean Series. The left-hander gave up the walk-off hit to Oh Jae-il in the bottom ninth in Game 1 on Tuesday, and Oh served up a single and a double to start the Bears' ninth inning rally that culminated in Park Kun-woo's game-winning single. Oh was charged with two runs without recording an out.

Oh's struggles, which could have a domino effect on the rest of the bullpen, will put more pressure on Brigham to pitch deep into Game 3.

The Bears were the best-hitting team against right-handed pitching in the regular season, the major reason why the Heroes started two left-handers, Eric Jokisch and Lee Seung-ho, in the first two games. The Bears batted .292 with an on-base plus slugging percentage (OPS) of .782 to lead the league in those categories. 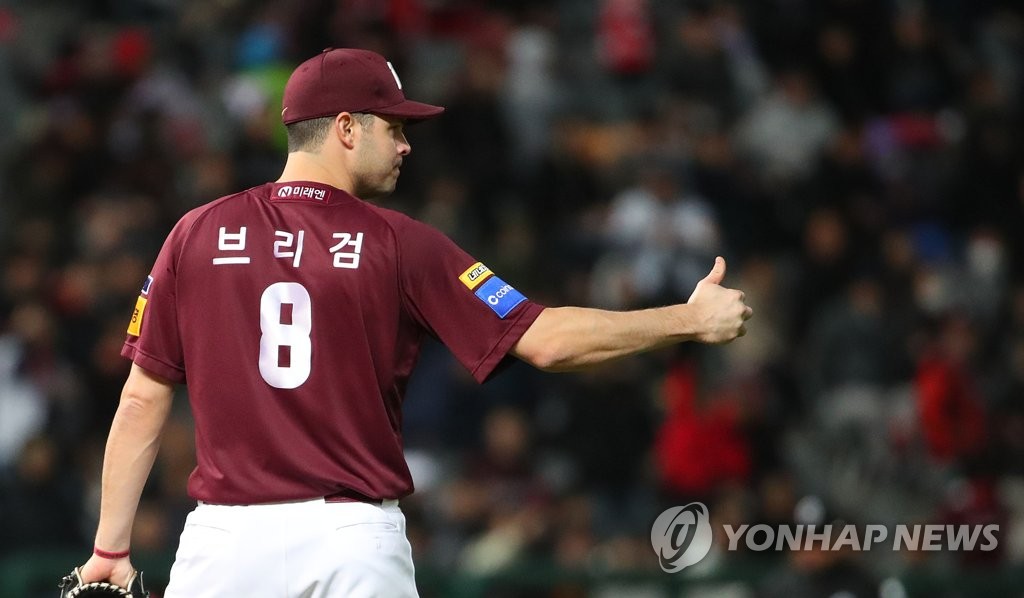