The letter was delivered by Prime Minister Lee Nak-yon to Abe during their 21-minute meeting in Tokyo held amid hopes of a breakthrough in mending the relations over Japan's wartime forced labor.

"The prime ministers of the two nations agreed that they cannot leave the current strained ties unaddressed as they are important neighbors," First Vice Foreign Minister Cho Sei-young told a press briefing in Tokyo.

In this regard, the two nations agreed to facilitate dialogue at the various levels to improve the ties at an early date.

They also agreed on the importance of seeking bilateral cooperation and trilateral coordination involving the United States to tackle North Korea's nuclear issue, he added.

But there was no specific discussion about the possibility of holding a summit between Moon and Abe, according to a senior government official. 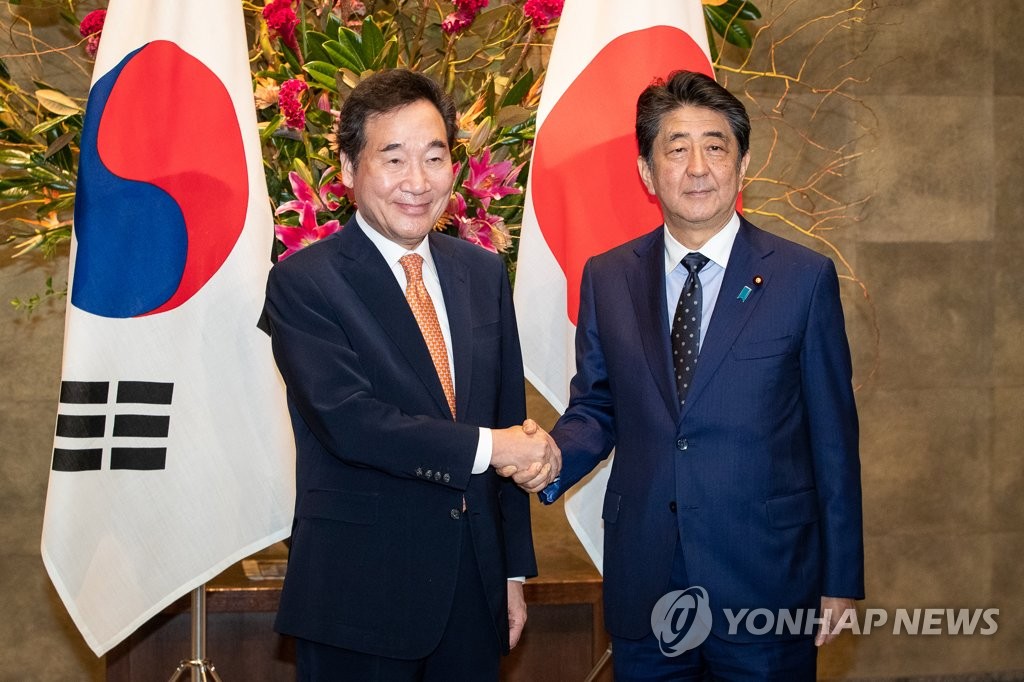 Lee will return home later in the day after wrapping up a three-day trip.