Lee said he regards the "unofficial, periodic dialogue so far" between the diplomatic authorities of the two sides as having been "formalized."

Lee and Abe agreed on the need to address the problem of strained bilateral relations centering on a monthslong trade spat.

Lee also handed over a letter from President Moon Jae-in to Abe, in which Moon expressed hope for an early resolution. 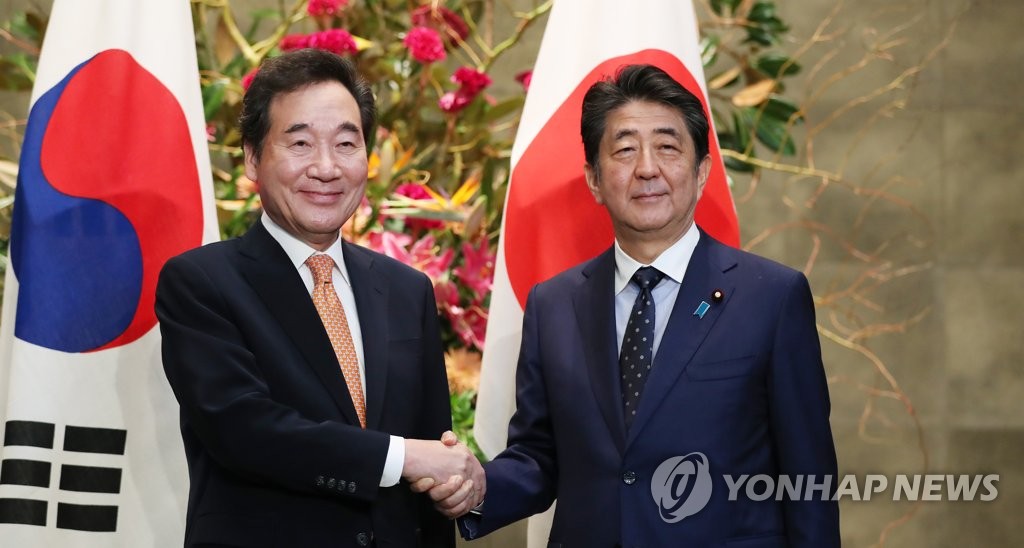 The often prickly Seoul-Tokyo relations have been at one of their lowest ebbs in recent months since Japan's toughening of export restrictions against South Korea in apparent retaliation over Seoul's attitude on the issue of compensating Korean victims of Japan's wartime forced labor.

Lee also stressed the importance of civilian exchanges, including those by young people between the neighbors.

The Lee-Abe talks are expected to serve as a "turning point" in efforts to mend fences, as the two sides agreed to hold "brisk, official" follow-up diplomatic consultations, according to a senior South Korean government official. Both sides characterized the session as "talks," not just a meeting, he added.

In his letter, meanwhile, Moon pointed out that South Korea and Japan are key partners for peace and security of Northeast Asia.

Lee and Abe also agreed on the importance of promoting one-on-one cooperation and trilateral partnerships involving the United States to deal with the North Korea nuclear issue. 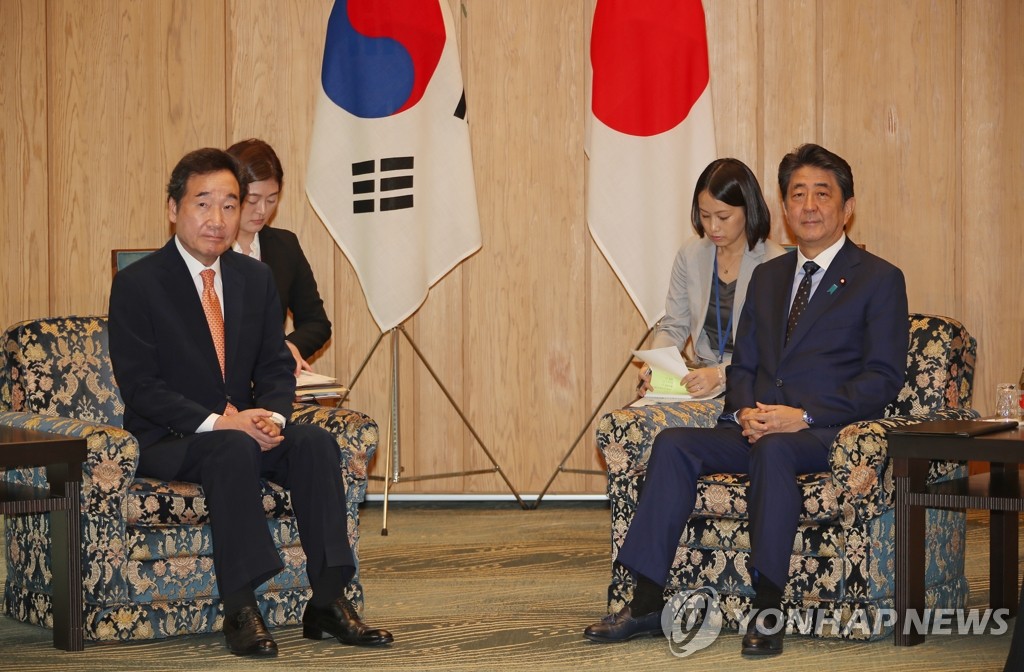