SEOUL, Oct. 24 (Yonhap) -- President Moon Jae-in proposed Thursday that South Korea and Spain rev up partnerships in responding to the Fourth Industrial Revolution and climate change, saying the "true friends" have much in common.

Moon stressed potential synergy from the expansion of bilateral cooperation as he attended a South Korea-Spain business forum here, together with Spanish King Felipe VI.

"Spain and South Korea are gateways and hubs where continents and oceans meet," he said in a speech. "There are many fields to cooperate on the basis of common geopolitical strengths." 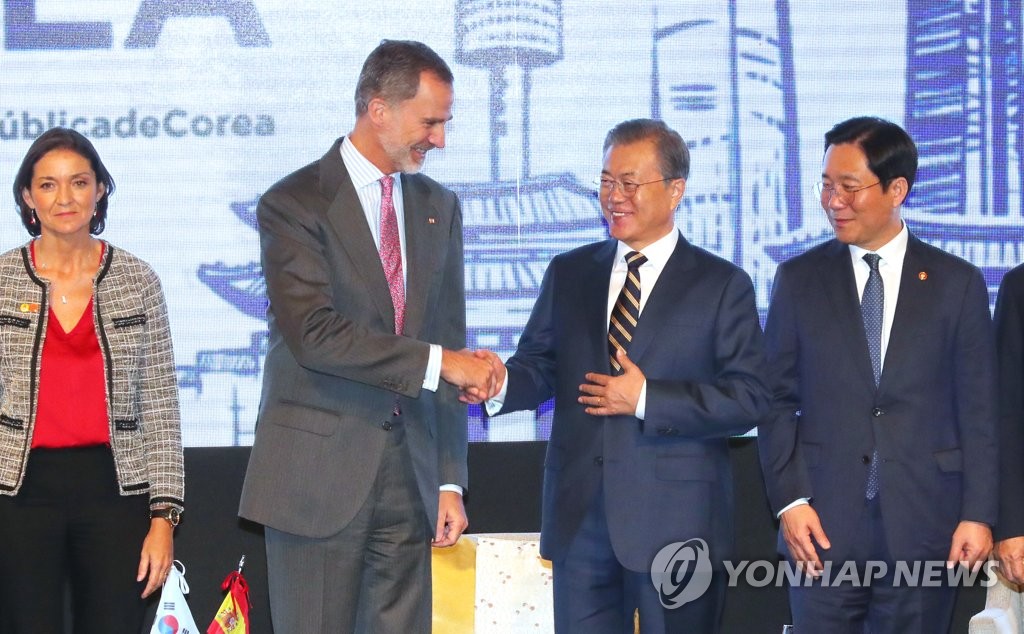 He referred to Spain's Industry 4.0 project and the "manufacturing renaissance" strategy of his administration.

"If the two nations with the same vision broaden cooperation on the basis of mutual concern, it will create synergies in each other's manufacturing innovation," he said.

South Korea plans to join the third conference on Spain's Industry 4.0 vision next month as a "partner country."

"It's expected to serve as a starting point to further cement cooperation between the two countries in the Fourth Industrial Revolution era," Moon said. 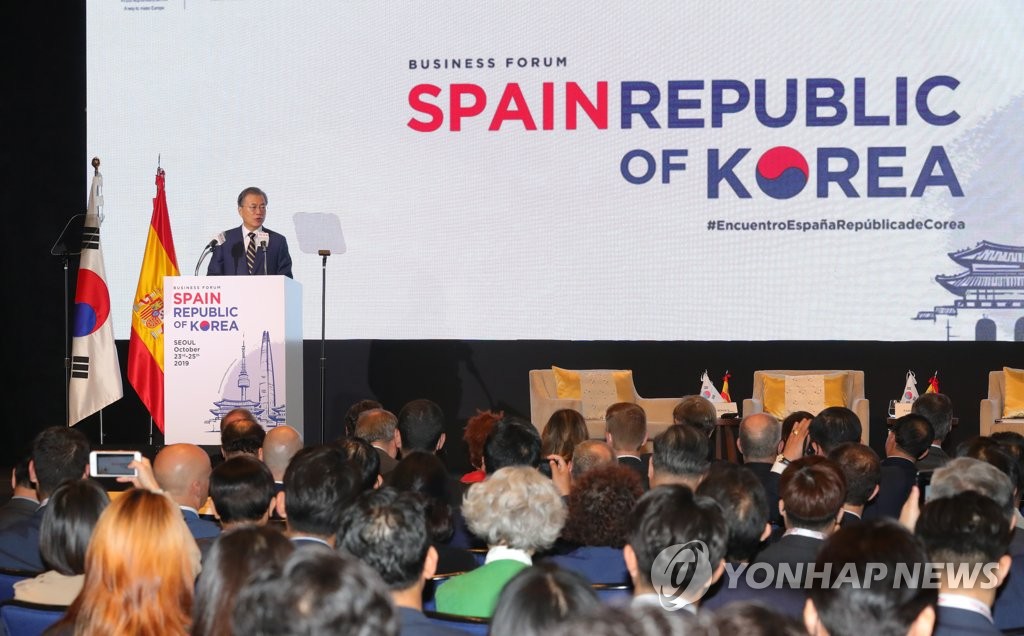 He also suggested close ties in the environment-friendly energy sector.

"Reducing fossil fuels and expanding renewable energy is a challenge and opportunity" for both manufacturing-based economies, the president pointed out.

He expressed hope for the expansion of partnerships between relevant firms of the two sides.