SOKCHO, South Korea, Oct. 24 (Yonhap) -- The United States and North Korea could hold one or two more rounds of working-level nuclear talks ahead of the year-end deadline Pyongyang set for Washington to come up with a new proposal, a Seoul-based think tank said Thursday.

The U.S. will try to maintain the momentum for talks in an effort to keep the North Korea issue under control, especially at a time when it needs visible diplomatic achievement ahead of the 2020 presidential election, the Institute for National Security Strategy affiliated with Seoul's spy agency said.

"The U.S. could offer inducements to the North to make sure that its leader Kim Jong-un does not come up with a message on the new path (that Pyongyang has suggested) during his New Year's address next year," the institute said in a release.

In April, the North's leader warned he would give up on negotiations with the U.S. and take a "new path" unless the U.S. puts forward a new proposal by the end of the year. Kim also said he would wait for the U.S. to make a "courageous" decision.

Kim's recent horseback ride up Mount Paekdu, considered one of the most sacred places in the North, also appears partially aimed at pressuring Washington by spawning speculation a major political or diplomatic decision could be coming, the think tank said.

Yet North Korea is not expected to rush to a "new path" without additional negotiations, worrying that such a move could trigger U.S. President Donald Trump's "unpredictability" while also failing to earn support from China and Russia, it said.

"It seems clear that North Korea is considering a new path that it can go with China and Russia, but the problem with such an approach is that it is operational only when the North shows its willingness to denuclearize," Choi Yong-hwan, Vice President for Security Strategy Division of the institute, said during a press conference in Sokcho.

Earlier in the day, a former top North Korean nuclear envoy, Kim Kye-gwan, said he hopes to see the U.S. act "wisely" through the end of the year, signaling Pyongyang's intention to resume the talks.

The two countries held their first meeting in seven months in Stockholm early this month, but the talks broke down again, with the North accusing the U.S. of failing to come up with a new proposal.

On Wednesday, Sweden's special envoy for the Korean Peninsula, Kent Harstedt, said his country will send invitations to the two countries in the coming weeks for another round of nuclear negotiations.

Sweden had invited the two sides to come back to the European country in two weeks and meet again following the breakdown of the talks, but North Korea rejected the offer. 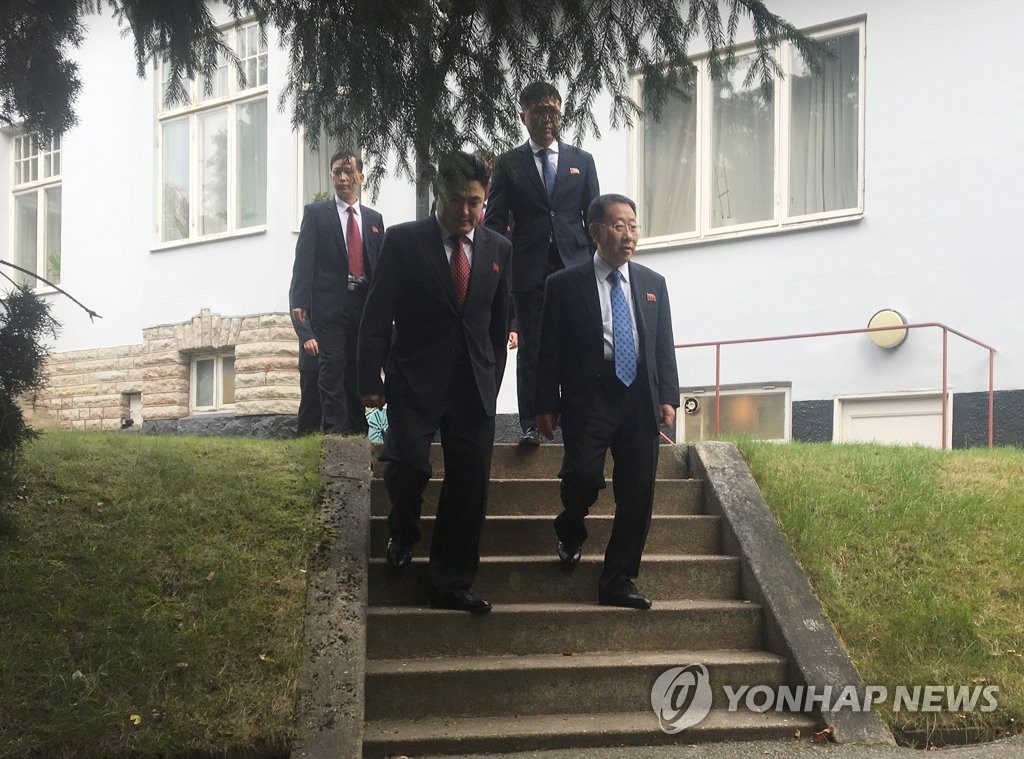