SEOUL, Oct. 24 (Yonhap) -- North Korea has not made an official offer yet to South Korea for talks on its decision to remove South Korea-built facilities at the country's Mount Kumgang resort, a unification ministry official said Thursday.

On Wednesday, state media reported that leader Kim Jong-un ordered the removal of all the "unpleasant-looking" buildings through an "agreement with the relevant unit of the south side," stressing the North should not rely on the South for a now-suspended joint tour program to the scenic mountain.

"With regard to Mount Kumgang, we have not received any offer or additional response from the North yet," the ministry official told reporters on condition of anonymity. "We will continue to closely monitor relevant developments and make practical preparations."

Asked whether the "relevant unit" means the South Korean government or the companies with facilities at the mountain, he said that the government should be part of North Korea's counterparts in such discussions.

Launched in 1998 amid thawing inter-Korean relations, the tour program to Mount Kumgang was regarded as a major inter-Korean cooperative project. It was suspended, however, in 2008 after a female tourist was shot to death by a North Korean guard.

In September last year, South Korean President Moon Jae-in and North Korean leader Kim agreed to resume the Mount Kumgang tour program as soon as conditions are met. In his New Year speech, Kim said that he is ready to resume the joint project without preconditions.

Seoul has also sought its resumption in the hope that the cross-border project could reduce tensions and contribute to denuclearization talks between Pyongyang and Washington. Little progress has been made in the face of sanctions banning economic projects involving North Korea. 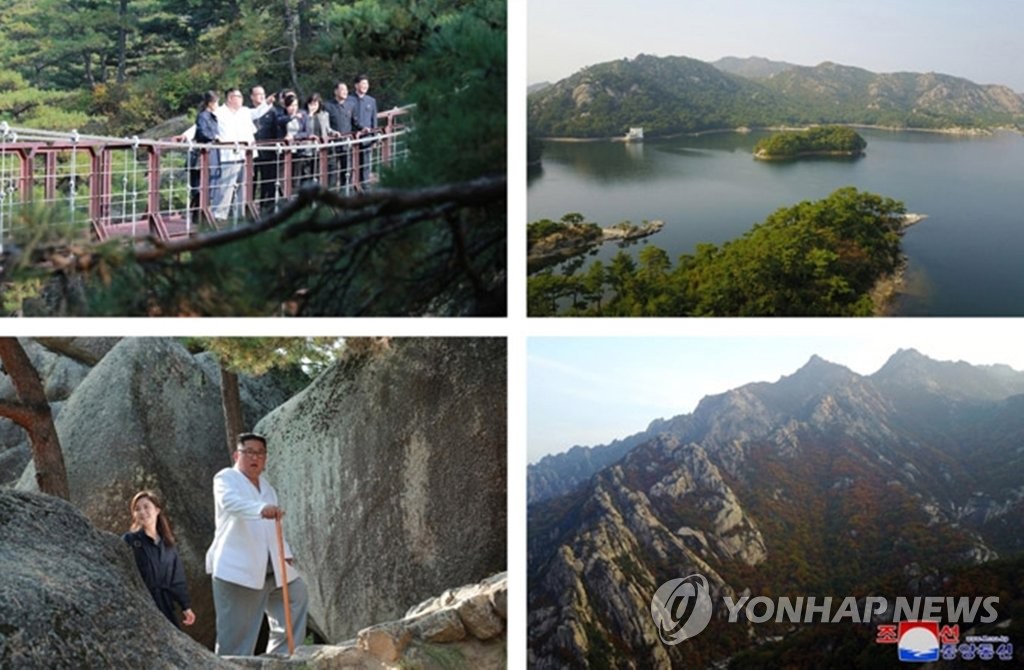 South Korea invested a huge amount of money in launching the joint tour program at the scenic mountain. Hyundai Asan Corp., in particular, a South Korean firm that owns a 50-year license for its operation, invested about 800 billion won (US$683.18 million) in the project.

Facilities and buildings, including hotels and a golf course, were constructed by the South Korean government and companies like Hyundai Asan there. Pyongyang has confiscated or frozen most of those facilities since the tour suspension, an action Seoul has protested and not recognized.

The ministry official said that the government is currently in close consultations with relevant bodies, including the companies that invested in the tour program, to discuss countermeasures against Pyongyang's move to remove their assets in the North.

Foreign Minister Kang Kyung-wha said that individual visits to the North's mountain are not subject to U.N. sanctions as she responded to a request for comment on the North Korean leader's remarks that the country would welcome South Koreans visiting the resort.

"Individual tours are not subject to the UNSC sanctions. So eventually it's a matter for the unification ministry to decide whether to allow it or not," she said during a press conference.

Some experts say that the North would not revoke the license granted to Hyundai Asan for the operation of the tour program as it could risk future foreign investment by hurting its reliability as a business partner.

"It has no choice but to continue to recognize the deal (with Hyundai Asan), if not in its entirety," Alex Shim, professor of Kyonggi Univ. and former Hyundai official involved in preparations for the launch of the tour program in early 2000s, told reporters.

"If it reneges on a promise approved by the Supreme People's Assembly, it would be like giving up future investment," he added.

The professor said that the North Korean leader Kim's real intention appears to be voicing his frustration with the lack of progress in resuming the tour program and to urge Seoul to take action to normalize its operation as soon as possible.

The professor also cautiously expected that the North's increasing focus on developing its tourism industry and heavy investment in the sector could be seen as positive steps, given that they could increase the chances of Pyongyang refraining from provocations that would end up frightening tourists and eventually render its newly-built facilities useless.