SEOUL, Oct. 24 (Yonhap) -- South Korea has asked the United States to take into account the sensitive nature of the South Korean agriculture industry as Seoul is set to make a decision on its current developing country status, a ranking trade official said Thursday.

"I have sufficiently conveyed (to the U.S.) that the issue of maintaining developing country status has to be taken into account in light of the sensitivity of our agricultural sector," Yoo Myung-hee, Seoul trade minister, told reporters after her visit to Washington.

The meeting with top U.S. officials took place as South Korea is scheduled to make a crucial decision on Friday on whether to stick to its special treatment under the World Trade Organization (WTO).

South Korea has kept its developing country status since 1995 to protect its agriculture industry, especially rice.

Yoo said any decision will be made after taking various factors into account under the principle that national interest must come first.

U.S. President Donald Trump has said if no substantial progress is made in overhauling the rules of the Geneva-based trade body by mid-October, the U.S. will no longer treat any WTO member that Washington says is not a developing country as one.

The U.S. has proposed that the WTO strip countries of developing country status if they meet certain criteria -- being members of the Group of 20 advanced economies, part of the Organization for Economic Cooperation and Development (OECD), and those categorized as high income countries by the World Bank and account for 0.5 percent of total global trade.

South Korea meets all four of the criteria, which could undermine its efforts to maintain its current status.

Trump is expected to decide in the coming weeks whether to impose tariffs of up to 25 percent on imported autos and parts for reasons of national security as defined in Section 232 of the Trade Expansion Act. 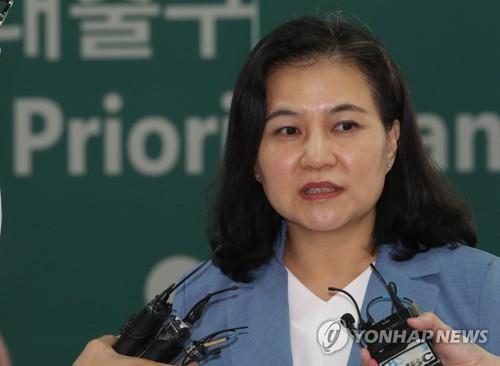